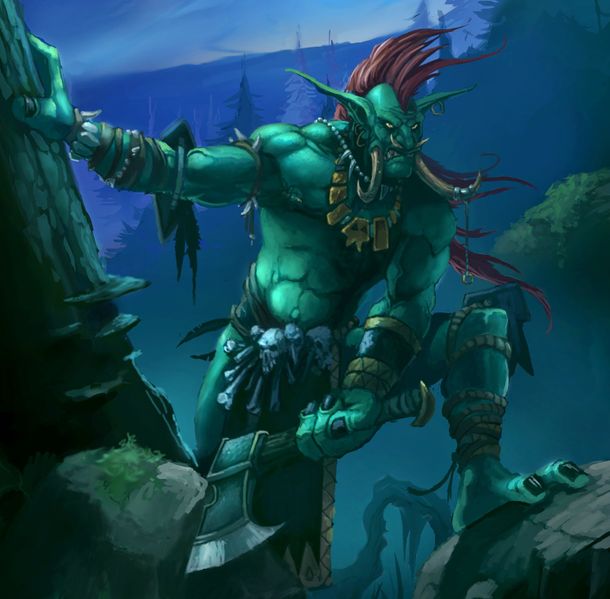 This thread is about the request for forest trolls being playable on the Horde in the form of customization for Darkspear, which is much more likely, or possibly as a unique race, which would be much more appropriate. Sadly, unlike what many think, forest trolls were not confirmed for Shadowlands, and did not end up becoming playable.

They weren’t ever confirmed, nor suggested via datamining

­
At BlizzCon 2019, as we all know, new customizations were shown off as a new feature for Shadowlands. Customizations were shown for four races; dwarves, trolls, undead, and humans. There were three new troll skins shown off, and they are thus confirmed. The first of those skins is the same used by Farraki sand trolls. The middle one is similar to a dark troll skin (it’s darker than the current one we’ve seen used by a dark troll). The third skin is a light blue jungle troll skin, ice troll skins are much lighter. None of the three were forest trolls. Nothing official regarding troll skins has been shown since, so forest trolls are not confirmed. Here’s the three skin tones shown off: 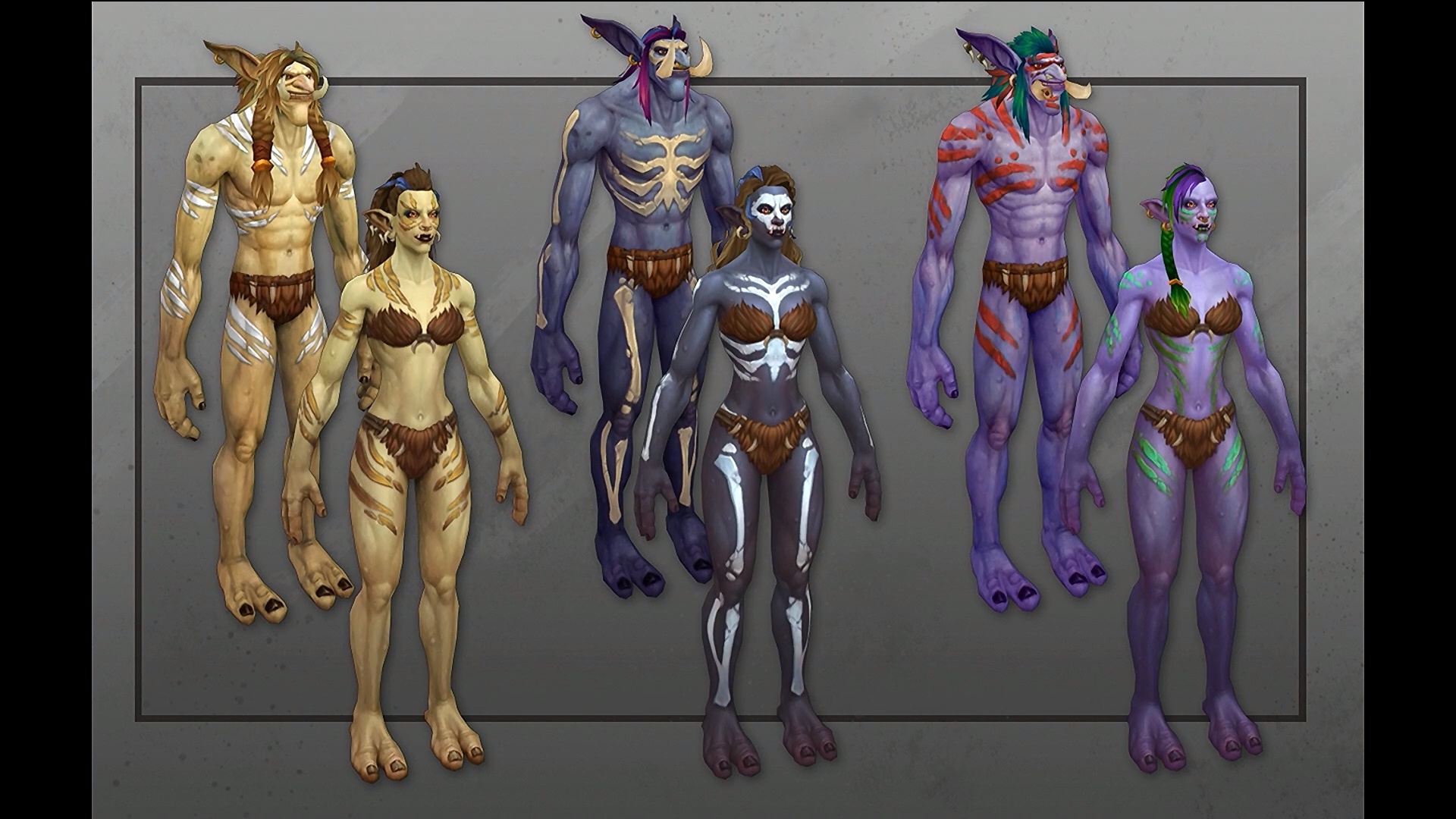 However, the main reason people believed that forest trolls were confirmed is because of the Wowhead datamining post regarding troll customizations. (For one, remember datamining =/= confirmed.) The post did indeed show a forest troll skin, however, it was only shown for female war paints. No new female troll skins were datamined, as none were shown under the playable skins area. There were three male skins datamined though, and they were the ones shown off at BlizzCon.

There’s another dataminer who was datamining new customizations, her name is Keyboardturn. You can find her Twitter here.

Ever since she began datamining customizations, she started a YouTube channel where she showcased what she’s found. She made a video about trolls, and in the comments she stated that she hadn’t found any evidence that those forest troll skins will be playable, and that the Wowhead post just used them to better showcase war paints. Here is an image of the comment where she says this:

The green skin was sadly just previewed on wowhead for the purposes of showing the tattoos and I believe many were mislead to believe it would become a player option. I’ve not found any evidence yet that the green skin will be a player option. They really should be however, considering the Revantusk and even the tenuous alliance with the Amani and Zandalari.

And here is the video where she says this: 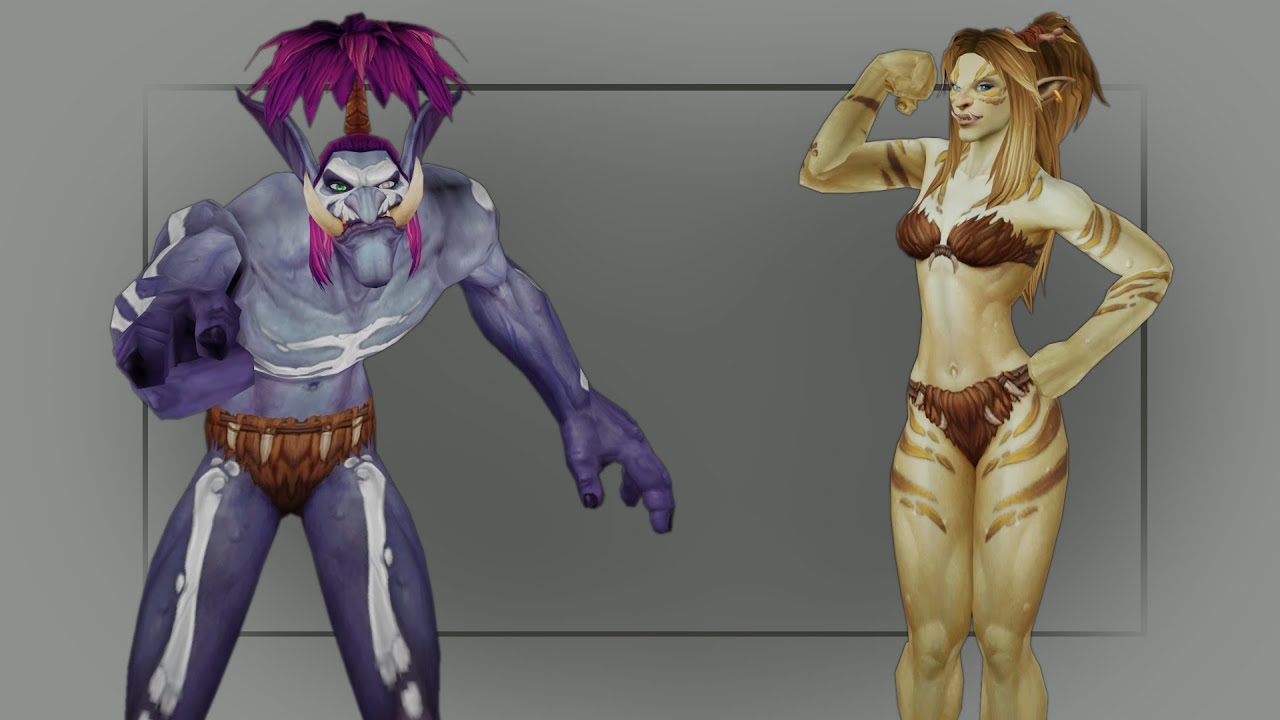 This was further confirmed by a Wowhead mod saying it wasn’t datamined yet either.

So, forest trolls weren’t not confirmed, nor was anything besides lore suggesting they’d be playable.

That leads me into the main part of the post, why they should be playable.

­Why they should be playable

­
There are several reasons:

This article was deleted when the WoW website was remade, but you can find it on Wayback here.

In the WC2: Tides of Darkness ending cinematic for the Horde, you can briefly see forest trolls when they rush into the keep after it’s breached. 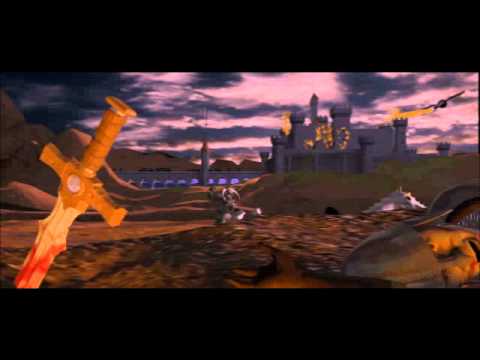 That’s just scratching the surface. There’s even more dialogue from the Hinterlands. Here is a post containing all of that dialogue.

So, forest trolls make perfect sense to be playable for the Horde­.
­
I’ll finish off this post by humoring the idea of a unique forest troll AR even though I know it’s extremely unlikely to happen. But, it is the better solution over customization, even if it is the much less likely one.

As a separate race instead

­
Seeing as forest trolls are culturally and historically very distinct from the Darkspear jungle trolls we have playable (and the Zandalari, too), it’d make much more sense to have them as a unique race, rather than customization. The things that’d come from them being their own unique race instead of customization includes:

Here’s my ideas for everything:

They truly deserve to be an AR!

Sure, if you can find any.

Sure, if you can find any.

Da Raventusk be a part of da Horde mon. They always been. Always will be. Not hard ta find dem.

I mean, could say the same for void elves, but you guys got them as playable

How many Void Elves you got left anyhow? Not like you can make more than your crack squad.

Don’t pretend population amounts is that big of a hurdle. lol

I can be reasonable. High Elves for Alliance, Forest Trolls for Horde. They’re even natural enemies.

I’m guessing he threw out that argument simply to poke fun at the whole High Elf thing that has been happening forever.

Meh, with the new customizations for dwarves, there’s not enough difference for the WIldhammers to be their own thing.

Wildhammer are nothing like the Bronzebeard. They deserve their own racials.

We’re not getting Wildhammers we’re getting Ironforge Dwarves pretending to be wildhammers.

The Raventusk and the Wildhammer been fighting over the Hinterlands since Vanilla. Bring em in together.

Meh, with the new customizations for dwarves, there’s not enough difference for the WIldhammers to be their own thing

I’m asking for Revantusk forest trolls as normal troll customization. If Alliance gets the Wildhammer as dwarf options, they’re the natural opposites of the Revantusk. I put it well in the initial post.

I wish Blizz wasn’t doing the customizations at all and was just tossing out AR’s like hotcakes.

Preferably with story unlocks and not rep ones.

Also if they were paired with Wildhammer and they had druids it’d be a nice counterpoint. lol

I’d love to fly around as that greenish-purple Amani dragonhawk tbh. Lynx cat form too, and the giant salmon.

Aye, using their (absorbed?) Loa as the base forms would be an amazing tie into their culture too.

Honestly the Dragonhawk flight form is really intriguing to me. lol

Not gonna lie, tldr. I’m a Gnome, my attention span is like 5 seconds.

Not gonna lie, tldr. I’m a Gnome, my attention span is like 5 seconds

Horde isn’t getting forest trolls yet, it makes no sense. Give them to us.

Aye, using their (absorbed?) Loa as the base forms would be an amazing tie into their culture too.

This was the Amani, but it’d certainly affect the Revantusk as well. I’d rather the loa be resurrected and druids gain their power from them again.