We’re back with another Experimental mode focused on testing some balance changes. As with all Experimental modes, these changes are not guaranteed to reach the live version of the game. Check out the patch notes here.


What are we trying to address?

While we don’t have an overarching theme for today’s Experimental patch, we’re hoping to get your feedback on a handful of heroes.


What are we testing?

Ashe – The Viper has received a number of adjustments over last year, resulting in a slightly too powerful state when combined when damage boosts. Her capability to eliminate 200 health enemies with a single headshot became too dominant. We’re reducing her aim-down-sight (ADS) damage, but also reducing her ADS recovery time, netting similar damage output, but requiring at least two shots to reach the same result.

Hanzo – Storm Arrows doesn’t quite have the impact we’re hoping for at the moment. We’re slightly reducing the shot recovery time between arrows to make it feel a bit more impactful over the course of the ability’s five arrows.

Sigma – Sigma’s received a lot of feedback recently, particularly surrounding his barrier. We’re increasing the cooldown of the Experimental Barrier ability to make its use a bit more of a commitment and open up more opportunities for counterplay.

Wrecking Ball – Wrecking Ball’s survivability is currently a bit too high. The combination of his high mobility and high shield capability has made him a bit too slippery of a target. While the initial 100 shield provided by Adaptive Shield remains unchanged, we’re reducing the amount of shield generated per nearby enemy from 100 to 75.


We hope you check out the new Experimental mode and provide us with your feedback! Science will reveal the truth – And all great science requires data! As always, this is an Experiment, so the changes in this test may not reach the live game.

Good changes over all!

Haha beat you for first reply

This Experimental mode is anticipated to be available until the morning of Monday, January 11th (PST)!

Kinda underwhelmed with the changes.
I expected them to get the logic that the problem is at close range, not medium/long range.

This is largely just “Nerf High tier, because it’s high tier”.
Which is kind of an autopilot change, and not like they have a plan.

Here’s the kind of changes I would have wanted: 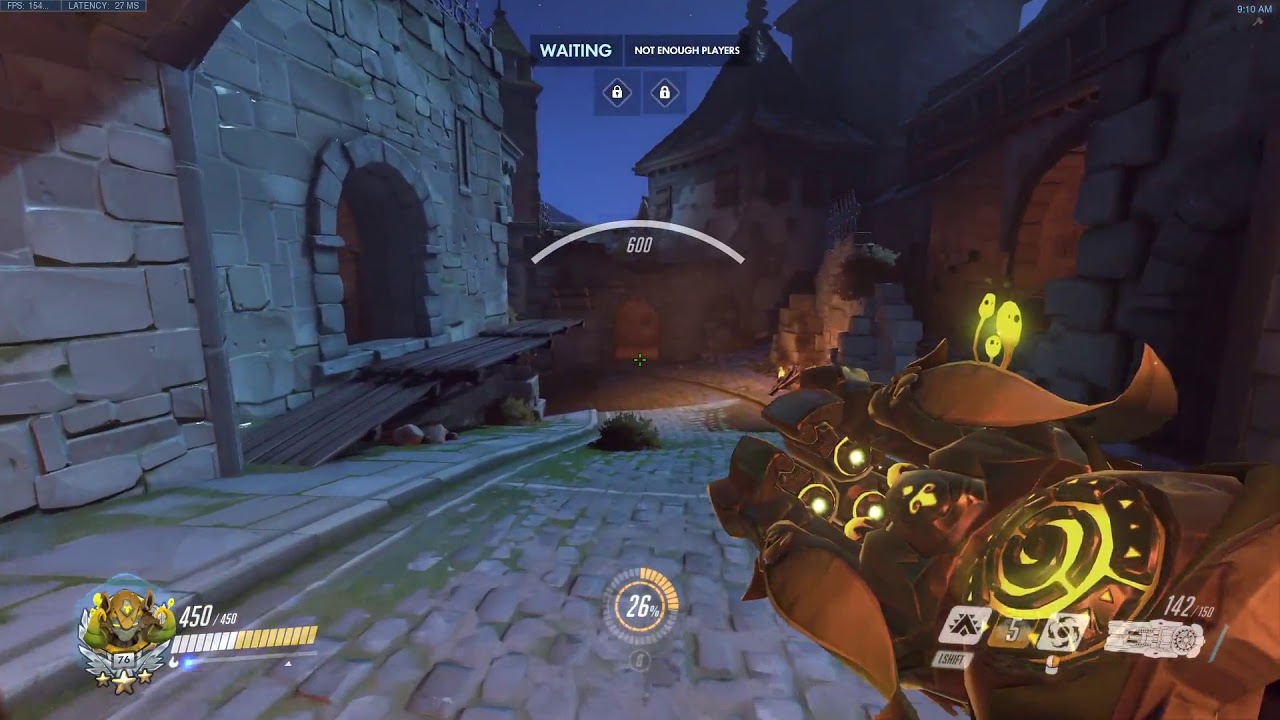 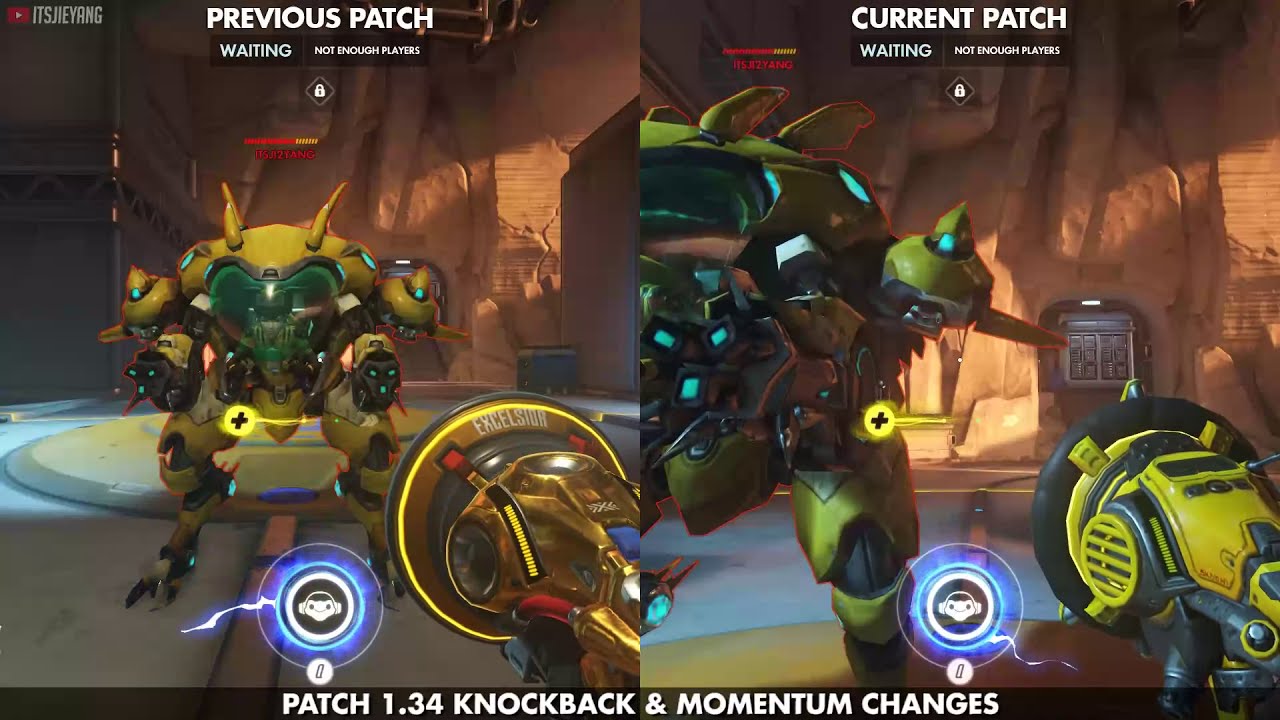 Like the Sig and Ball Changes. Will need to play around with the Ashe changes. Don’t like the Hanzo changes.

Kind of disappointing tank changes, tank isn’t that fun to play rn even in just high plat because the only tanks I can play is sigma hog and ball, If you nerf two of those 3 tanks who do we even have to play?

I’ll have to see the Sigma change directly, but this sounds like a “boo” kinda nerf, the kind that just makes them less fun to play

So you’re going to make Hanzo even more spammy?

Sigma – Sigma’s received a lot of feedback recently, particularly surrounding his barrier. We’re increasing the cooldown of the Experimental Barrier ability to make its use a bit more of a commitment and open up more opportunities for counterplay.

Sigma’s nerf seems huge. I’ll have to play with it to assess more fully, but… yikes.

Ball change barely addresses what makes him ridiculous to kill, Sigma has the same issues. His shield deployment time is the problem, along with his biotic grasp making him stupidly hard to kill. Let’s have OG heroes be relevant again instead of making the game all about running Ball/Sig every match you actually want to win.

Ashe changes make little sense and just make her MORE reliant on damage boost, and the damage output definitely isn’t the same because her clip-size hasn’t been increased, all it means is she has to disengage slightly sooner, not that her damage output is the same.

Storm arrow impact? Cheezy kills again with Hanzo? If you’re going to buff the fire rate, either shrink the projectile size for once, or ramp the damage based on accuracy of the shot (i.e. glancing blows instead of full damage for random shots into limbs and hats).

No Kanezaka yet on live servers though ?

Like, why are you making his barrier feel even more slow and clunky?

1 second was already annoying enough dude… this is NOT the right way to go with Sigma… you’re just making him annoying to play.

Storm Arrows doesn’t quite have the impact we’re hoping for at the moment.

As someone who has played as and against Hanzo, I would really like to see Storm Arrows just… replaced.

Josh I gotta be honest

DONT NERF THEM THEN I’m complaining because their the only good tanks since dps is so strong, shields are almost non existent now so rein sucks, orisa is a massive hitbox and gets shreaded from her paper think shield and sigma survives because he’s so defensive and basically just sits there for utilities. So this is easily one of the worst patches ever nerf dps don’t buff doubles sniper

The problem with this is most tanks that are high tier right now are the only playable tanks all other ones are situational and map dependent, also Hanzo is already insane and he’s being buffed more

Ashe nerf: Good start, need to extent to no Ult charge while Bob is out, reduce the radius of dynamite or the damage, or both.

Reduce the damage and the radius of coach to 50dmg close up.

Bob needs a nerf with either his HP or cut 2seconds by the time he stays on the point.

Sigma Nerf: Seems significant on first look. Need to see how this works out.

Ball nerf: Significant and will drop his pickrate bcs his survivability will go down a bit.

No Tracer Nerf ? 7%+ pickrate and the Queen since Ashe dropped being S-tier.
No Zen nerf, so they see him as balanced i guess (expected a slight nerf tbh).
No Moria buff? She needs a rework, but a bit of help wouldnt have hurt.
No dVa buff may mean, they are expecting to see her getting more gametime once Ball and Sigma are not as much of a must-pick in High Elo anymore. Thing is, in Lower Elo she is very dependent on Map high ground escape routes to not feed her mech all the time.