Within this thread we will give our constructive support for a Fresh 2.4.3 Burning Crusade server for Pre-Patch or release.

These servers will be best released on TBC PrePatch with no transfers or boosts allowed for a set amount of time.

Many of us watched Classic unfold with new metas and exploits that were not wildly present or at all in Vanilla. Such events have made the server economy flux in a way that is not true to the original spirit of the game.

The popularity of Boosts and GDKPs have encouraged RMT sales and many players brag about their purchases, to sadly no punishment given.

This will result in an absurd economy that many of us wish to avoid entirely.

There will be no gold caps, meaning tens of thousands of gold will be brought into Burning Crusade.

Back in the day, this amount was unheard of. Only the elite raiders could boast 5,000g. Epic mounts were rare.

If Boosting and GDKP was all done with clean, legit gold, then only the hard earned and farmed gold would be circulated. But it is not. It is dirty RMT gold, as shown by this GDKP sword that supposedly went for ~$3,500: 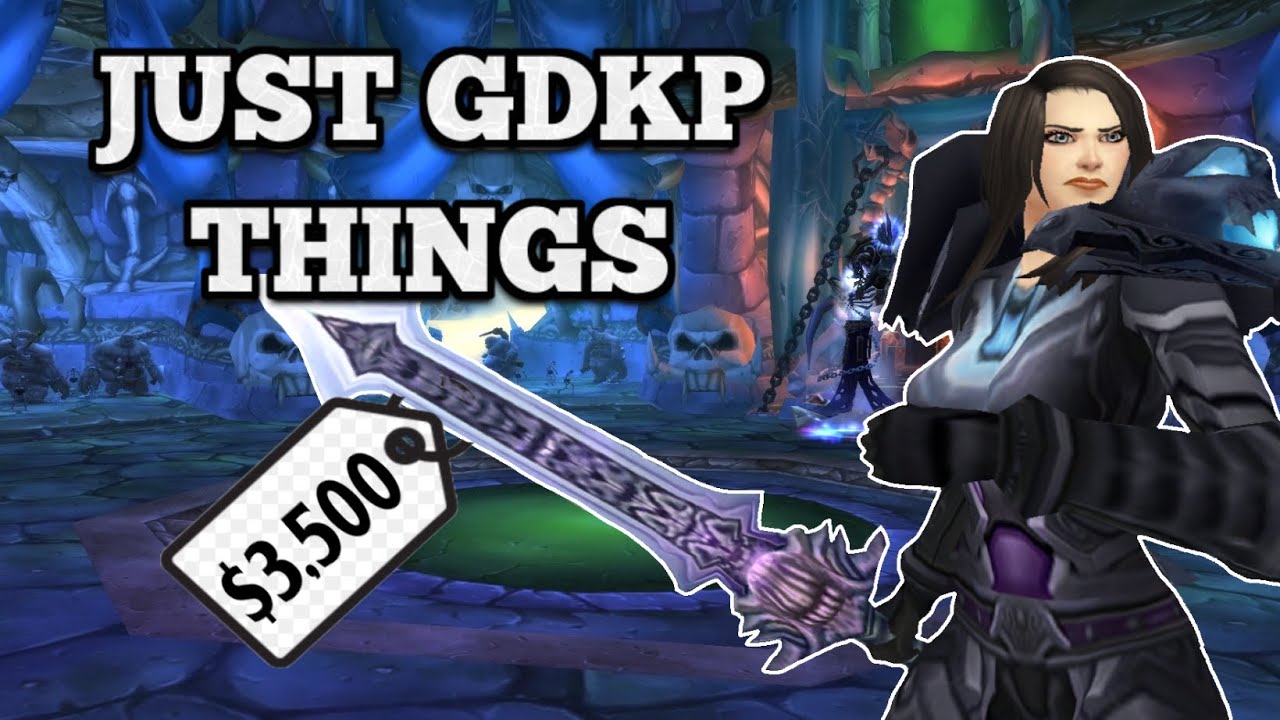 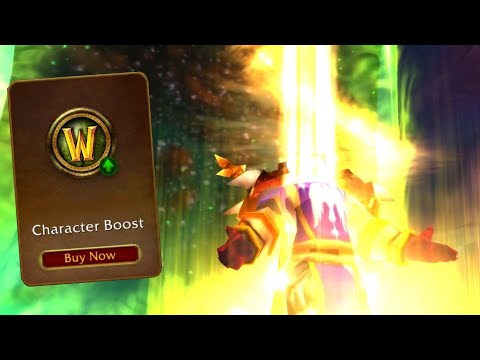 Very constructive and informative video on boosting and the damage it will cause.

I for one am thankful some changes are being made for the health of the game. I applaud Blizzard coming forward to realize while it will be nostalgic, it won’t be the same, and the knowledge gathered will be easily abused.

We would love a fresh, clean server, starting anew with these changes, away from the exploitive behavior that we unfortunately witnessed unfold in Classic.

One of each server type (PVE, RP, PVP, RPPVP) on West, East, Oceanic, and EU, etc. would probably be enough.

Yes, the bots will always be there, but we are also hoping a stronger arm is used in Burning Crusade, and quicker action taken to ensure the future health of the servers.

Not only will a Fresh server make the bots/farmers start from the bottom again, it will make the gold buyers stay with their investments on the progressive servers, making them less likely to want to start over from scratch.

An important section I need to add here, while there is the sting of the mess of current servers, a big reason people want fresh is for the new experiences, the fun ambience and new adventures.

We want to make new friends, make new memories, meet a new community all while getting to experience Burning Crusade all over again.

Any other arguments for Fresh will go here:

TLDR;
We want Fresh TBC realms for basically the same reasons Fresh TBC realms were originally wanted and appreciated. It should be no surprise there is a desire for this, and those servers WILL fill up fast I promise you. IMO one new TBC realm per region won’t be enough for some regions, but they could start with one and if it fills up too much they can open more - just like they originally did when TBC first launched.

Ideally, this is something I would like as well. Unfortunately, Blizzard has shown that when it comes to policing its servers that it is unwilling, unable, or both.

The state they have let Classic get to shows just how behind the curve they are in correcting and punishing those who exploit their servers for either personal or monetary gain. It would be wonderful if they could do something and a real boon for the players, but I just don’t see it happening unless they have something up their sleeves for TBC.

One of the reasons I am advocating for a fresh server is to at least give the environment a tabula rasa. I am quite sure the boosters, botters, RMT’ers, and multi-box gold farmers will all still gravitate to those servers, but with no level 58 boost they will at LEAST have to start back at level 1. This might give Blizzard a little chance at catching them before they level too high and cause too much damage, presuming they have the will and capability to do so.

I know the tabula rasa won’t last, but it’s better than the alternative given Blizzard’s track record with the Classic servers. 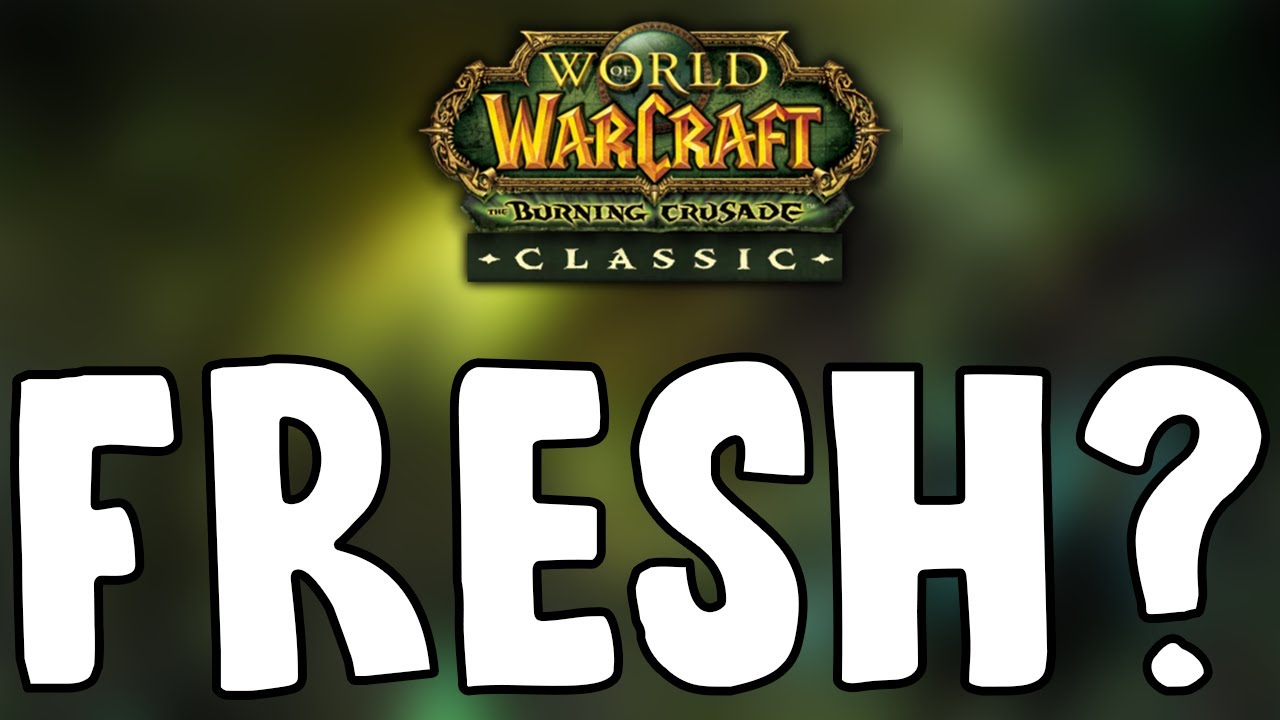 Information We Have So Far:

Will you open Fresh Classic server in addition to the TBC servers? There seems to be a large demand for it.

It was not specified if this was for Fresh Vanilla or Fresh TBC. It feels like she gave an answer for Vanilla so far at this point. Will update once we get more information.

Let us be constructive and civil.

Remember! There were no RPPVP servers at the announcement of Classic as they felt there was 0 demand. Now we have two! We can do this!

Classic started fresh and quickly turned into the horrible things espoused in your post. How do you think fresh2.0 is going end up?

AoE cap changes in the PrePatch. Mages won’t be able to boost as they will for a start, thus, less dirty gold circulation to buy boosts.

I would love for a fresh server with BC, no transfers allowed. Just let everyone be on the same page and not have an overinflated economy right off the bat.

I was hoping for some fresh servers too. I’d love to play the leveling wave again. Of course the economy would turn out like the current ones eventually. It would just be nice to experience TBC’s launch with it in better shape.

I said this in another thread but I’ll say it here too.

I don’t see why not. Worst case scenario they becomes severely underpopulated then blizz just incorporates it into other realms whether that be by offering free transfers in or free transfers out.

At the very least it’s worth a try to see its popularity if they decide to keep going with classic expansions.

Without fresh servers your game will die Blizz

Fresh CLASSIC servers too. Please and thanks.

I’d love a fresh TBC server but one on OC, or even EU please, there is a WILDLY different social environment on NA servers. I wouldn’t mind being grouped with LAN/BR but someone’s ping would suffer.

My apologies, I forgot to include those timezones as well. Adding.

well for 1 gold cap means there is a limit and while the game will never be new again we can at least try to mitigate the damage done by bots, tryhards and 15 years of knowledge. If we get fresh servers with some AoE nerfs, gold caps, further bot suppression and as has been said here fewer resources as a result of the above mentioned changes that means a healthier economy and a healthier game. Set the gold cap to 4k in Classic, bump it to 8k in TBC. The best gold farmers will still have loads once they spread it around alts but will never be able to get it as high as it is now, and purchases like epic mounts will actually be meaningful like they were meant to be instead of minor issues. I got to level 50 and had nearly 600 gold on a paladin as my first character for classic, basically what the epic mount costs a pally once you buy mats, and that was something that took weeks of extra work in vanilla AFTER hitting 60. I didn’t have crazy drops, I just knew how to make money this time, and I am not even a good player let alone an elite one.

then blizz just incorporates it into other realms

will not happen. They have never done it. There are plenty of dying servers right now and theyre just letting them rot. If fresh servers come out they should be stuck there regardless of the outcome. No Xfers in or out as it would be detrimental to other servers

Felstriker still has a raiding population (alliance side) despite it’s low pop, but yes I’d only make AT MOST, 1 pve 1 pvp, and most likely just 1 pve. Remulos is bigger than most TBC servers at their time last I recall stats, and Arugal is… Arugal. That server won’t be dying any time soon.

While I prefer PvP servers, I think your reasoning is right.

There is zero downsides to introducing 1 new server for both PvP and PvE servers per region with transfer restrictions. Requires no effort, caters to a sizeable audience and provides a totally new/different way to experience TBC.

As a former Everquest player knowing that Holly Longdale is lead producer of WoW classic I’m fairly positive we won’t get fresh.

Any other long time Everquest players probably know her as well and know it’s not good.

I’d like to see Blizz relocate all players on the Felstriker and Yojamba realms to Arugal, making it the defacto “moving onto TBC” PvP server. Keep Remulos as the TBC PvE server moving forward. Then they can repurpose Felstriker as the “Forever Classic” realm, leaving Yojamba to become the Fresh Start TBC realm. This way they don’t need to recreate additional servers unless population demands. However, seeing as quite a few retail servers are ghost towns and their answer was to link them all up via battle groups, I doubt Blizz would make it happen.

I don’t see this working for a couple of reasons. The difference in A/H populations for all 3 servers are wildly differing, but the Felstriker Alliance would be in for the nastiest of surprises. The server cultures are also massively different, sit in LFG chat in Arugal for 20 minutes compared to Yojamba (and, as a given, Felstriker) and the way people approach the game and it’s community are very different.

Plus, Arugal already was the biggest server in the world at one point, current populations at the end of the Classic Cycle merged would see the mega server be over 10k again, + whoever comes back for TBC. Layer please. 4 hour queues to log in back.