People were in the middle of a conversation.

Not judging, just scared of what Blizzard will think.

Here is a list of requests for Blood Elves.

Blood Elves have several subgroups which we would like to see more customization for.

Farstrider Fantasy:
Farstriders are the Blood Elf ranger faction. They have nature themes and are seen in Warcraft 2 and 3. They’re an important part of the Thalassian military.

Customization features which appeal to the Farstrider Fantasy are:

Magister Fantasy:
Magisters are the Blood Elf caster fantasy. Powerful mages of Quel’thalas and an important part of the Thalassian nation.

Blood Knight Fantasy:
Blood Knights are the Blood Elf Paladin faction. Once gritty, they’ve been redeemed by the Light.

Dark Ranger Theme:
Dark Rangers are undead Rangers but use the Blood Elf rig. The skins for them and eyes for them already exists and it’s just a matter of turning them on. They could also add a Blood Elf rig to Forsaken as a toggle or choice but Forsaken players might not like that.

The more out there themes:

Darkfallen Theme:
Darkfallen are undead Blood Elves found in Northrend. They’re vampyres and tried to join The Horde during BfA.

Please let me know if I missed anything.

I would like to see Blood Elves the core race get the attention they deserve.

And hopefully Blizzard reads these lists and BE players recommendations and implements the ideas being given for this core race during core race customizations.

Ah! I see! I hadn’t considered that. But then wouldn’t that mean Blood Elves got 8 hairstyles then and not 4? (3 new styles + bald per sex)

If we are considering both genders, then blood elves got 9: 3 new + bald for males, 3 new + Bald + Short hair for females.

I think we’ve taken that as the new Blood Elf “thing” to replace losing what made them distinct from Void Elves, but I think jewelry is not that. Even goblins are getting it.

I very much am when the threat of silencing high elf discussing based on spam is real.

I’m sure i don’t need to tell you that.

I would add ‘light skin effects’ with a slash after auras.

Farstriders are the Blood Elf ranger faction. They have nature themes and are seen in Warcraft 2 and 3. They’re an important part of the Thalassian military.

yes! let me live out my farstrider fantasy!

blood elf kul tiran hybrids are what we want on alliance side. based on the playable kul tiran model.

I would add options to customize Arcane Torrent. This could be through glyphs, maybe a barber shop option somehow, or simply by having multiple spells share a cooldown.

In addition to Arcane Torrent, I’d add Banshee’s Wail as an Undead themed racial and Sun Burst (name on this could change) as a Holy Sunwell themed racial.

All 3 racials would function exactly the same, differing merely in visual and name.

You could add this for Light based customization if you want. 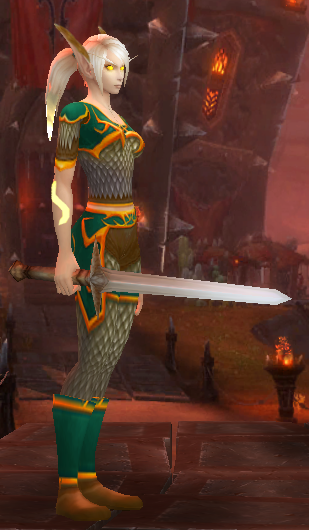 I’m bad at computer art but the Dreadlord from the Vindicar has Light miasma, LFD have the runes, tattoos when Illidian was being light corrupted, and skin effects would be like arcane/fel fingertips and glow from Nighborne NPCs.

Oh, and this one I did for Reno for Dark Ranger skins, red eyes, tattoos and scars.

Thanks for the continuation thread!

Void Elf Additions/Improvements-
Lore- It would be amazing to have a quest or confirmation in-game to show that the High Elves did become Void Elves! Also, it would be great to see a new capital for the Void Elves and High elves to reside in together!

Class: Void Elf Paladins (As seen that the Twilight Hammers did indeed have Paladins in their ranks!)
Druids: They could learn from their Night Elf cousins, seeing as how the void sees endless and “infinite” paths, they can definitely figure out how to become these classes!

Eye Colors- The main thing that most of us Void Elves want is that BEAUTIFUL new purple eye color that most High Elf npcs have!
(Semi stolen from Drede <3)