Thanks for a GG - Deposit your joy here!

This is a mirror thread in part inspired by Darak’s community service for his thread: Salt Mines - Deposit all your anger here!

This thread is about those great and amazing games you had, win or lose, share them here! 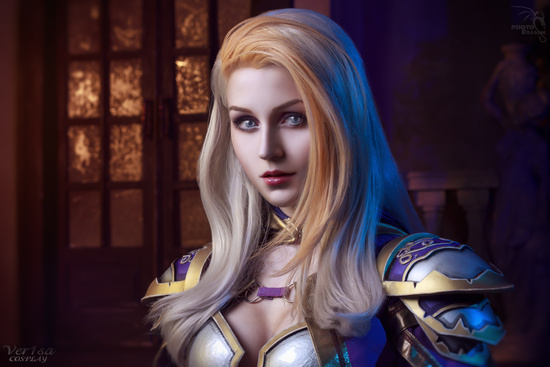 The idea came from my last two SL games which were amazing, mostly due to one player making for an exceptional experience.

I’d like to thank the Ana player in SL who was the calm voice of reason in Draft chat vastly improving the team draft, made sensible bans, an attitude that helped start the game off on firm ground.

Over this match and the next (we were randomly matched again), this Ana provided our team with some fast advice on everything from tighter positioning, mechanical improvements and overall precise and calm shot-calling.

These were the two most enjoyable games I’ve played in SL this season, mostly due to this one player. The team factor is one of the aspects of the game I enjoy the most, so thank you for uniting five random people as a cohesive team to be reckoned with. Your heals saved my spotty Ragnaros play in the first game, and second game you made me feel unstoppable with Jaina with those set ups and peels you made with E.T.C.

Most of all I want to thank this Ana player for sending me the friend request, it’s great to still be finding new players to add and team up with.

Your going to have more success cooking a juicy post with “SALT” as opposed to sunshine and rainbows.

Oh don’t I know it! But what the heck is wrong with sunshine and rainbows? I don’t think this thread will get many replies, but I had two back to back amazing games, made a new acquaintance and wanted to share it.

This thread is about those great and amazing games you had, win or lose, share them here!

Today I played my daily ranked game and something marvelous occurred. Every member of my team was kind and nice and we all agree in our picks, also everyone was a good player and we defeated our opponents without any trouble, they even told me that my Alarak was great! It was one of the best games in my life, it was so perfect that I find it kinda weird… [image]

But what the heck is wrong with sunshine and rainbows?

Nothing wrong with it, just stating a point.

My friend list is really a testament to all my joyous moments in games.

I know 0% of the people on that list and 100% of them are as a result of whisperng post game a simple GG, or complementing on game play. the details are fuzzy and largely arbitrary but every time i look at my friendlist and watch it expand im reminded of all the awesome people in our community.

“The strong must help the weak”. I gonna post this with my TL3 powers!

I know my friend, but I agree with you that it’s often easier to get salty threads going.

I just saw this:

At first i was like maybe it would not be a good idea to accept the friend request right away - i have friend only messaging for a reason - but I accepted it. Turns out the guy was really friendly and we have helped each other out and played many games together since. In truth a stranger is a friend you have yet to meet right? I love making friends in team based games it makes the gameplay experience more enjoyable.

We lost so hard until Ktz hit 16/20. Then it was thru the first fort, into the second fort, stay too long and wipe. Junkrat survives, Ktz 2x phylacteries so we have plenty of defense, and then blaze and lucio respawn, and we plow thru into the end.

Thanks to the randoms I played SL with who were totally chill when my internet freaked out, causing me to disconnect every fight and lag horribly anytime I was near other heroes

Did a couple of ARAMs with a friend tonight, and in the first one, everyone insta-locked assassins, leaving me to choose whether they would have a tank and no heals, or a healer and no tank. And of course, the assassins were Greymane, Kael’thas, Raynor, and Murky, so it wasn’t like there was an obvious choice. However, RNG smiled on me and gave me the healer that is the most obnoxious in ARAM.

I returned to ranked during the preseason after a break. I wasn’t sure what to expect in SL, because I mainly did solo queue before that in HL. I played with some cool people in HL, but friending them was kinda pointless unless you wanted to convert to team league.

Anyway, I was with all solo queue in SL, and they were chill and even tried to joke a little bit in draft. I go Kharazim, which was kinda gutsy on my part as I didn’t have him in my collection last time I played ranked, but have practiced him quite a bit.

Game goes really well, and team keeps up their positivity in chat whole game. We win and I mention that I’m glad I got to play with a chill and good team. And then…4 friend requests! My first 5 stack team.

I want to thank Diablo and Malf from my ranked match yesterday. Both of them really good players and made reasonable shot calls.
Icing on the cake though was one asset almost unseen: Good danger pings. When they pinged danger, I damn sure retreated immediately and without asking.

I love making friends in team based games it makes the gameplay experience more enjoyable.

The game has the potential to be fun, but really it’s the people you play with and meet that helps to realize that potential. At least for me.

had a game last night where i got matched with the enemy ETC from the previous game, and the first thing he said in draft was “hey, that was some good lunara play last game” <3

Thanks to all of my cool rando teammates in ARAM who started off the match with friendly banter and who were accommodating to what the team needed, giving me a juicy 6-7 win streak

And double thanks to the teammates who were 300 IQ enough to run triple Kael’thas
We didn’t win with it, but it was a wonderful sight to behold

Ok i had this match as BW 3 years ago. we keept losing teamfights and it was equal lvls lvl 20-20 both teams. Enemy team went for our boss on Cursed Hollow and our Nova had caught them doing it from a safe position. She waited for them to get it down before she then casted a decoy on the cap spot and i fast as the emerald wind could take me i jumped to that decoy and pushed them all away and ninja capped the boss and won the game.

I was playing Sonya with Medivh, Zarya, Abathur and Auriel.
Berzerk unkillable Sonya frontlining and tpk the ennemy team.

That power trip was intoxicating…