Welcome to the unofficial gilgoblin discussion thread for lovers of kelfin and unshackled; Our horde side allies in Nazjatar. This is a discussion thread for supporting our watery allies of Nazjatar to become allied race. We seek them as an allied race with good effort put into their model vs customization. However if they are to be customization, we want to provide suggestions to give us the best possible scenario out of all of them.

Who are they are why should they be an allied race?

The kelfin are a group of aquatically adapted goblins lead by Neri Sharpfin alongside Poen Gillbrack and Vim Brineheart in a group called the Unshackled. They all broke free from the reins of Azshara and aided us in getting to Azshara. We work closely with them and unlike other non playable races in BFA, these ones expressed and extraordinary interest in the horde with many quotes like these. 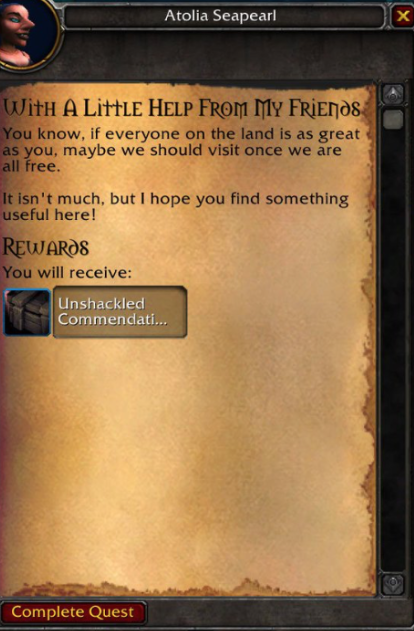 8.3 they appeared outside of Durotar and remain there in Shadowlands. It was heavily speculated they would be an allied race at some point. So why should they be an allied race? Reasons why:

Common arguments against them:

Gilgoblins have a lot of unique geometry like fins, ears, glow in the dark eyes and scales. Plus they would be able to be druids. Druids would never make sense for land based goblins. Tentacles can also be made good use of. (See fanart below)

Their extended periods of time breathing air in Nazjatar and Orgrimmar shows they do just fine on land plus Azeroth consists of mostly water. Nearly every zone in the game has either a body or water or river somewhere close by. Its not far fetched for them to be able to last on land.

Mag’har orc and Dark Irons both joined in an expansion where they were not relevant much. Gilgoblins of all races already have the lore justification to join and they remain relevant since they are basically already unplayable allies. Also the idea of allied race slots is being removed come shadowlands as seen here. 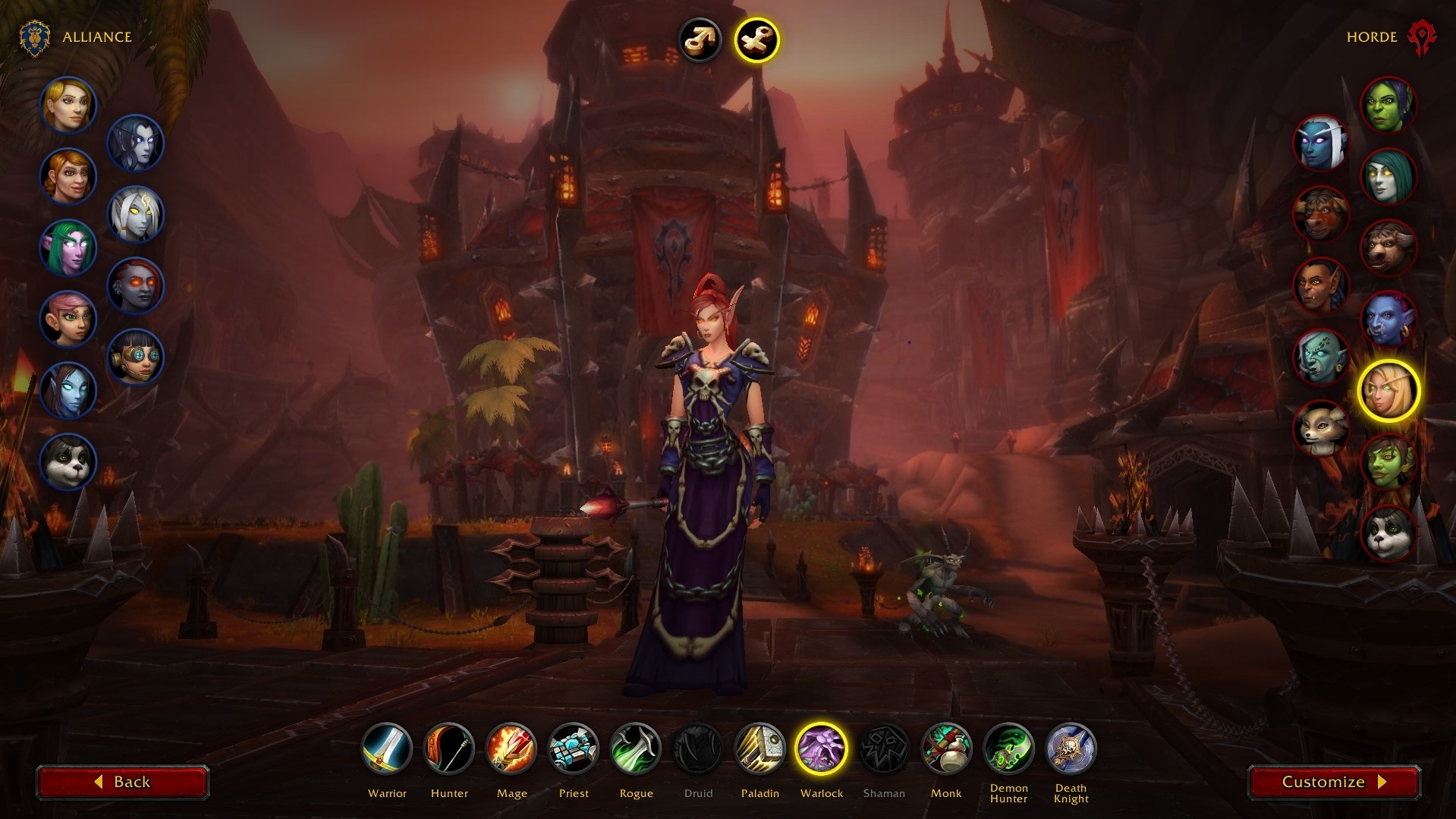 Why could they be druids?

They are worshippors of Gral the Shark loa. Gral is still alive and has already been known to grant his servants special powers.

Very fitting and unique to them. 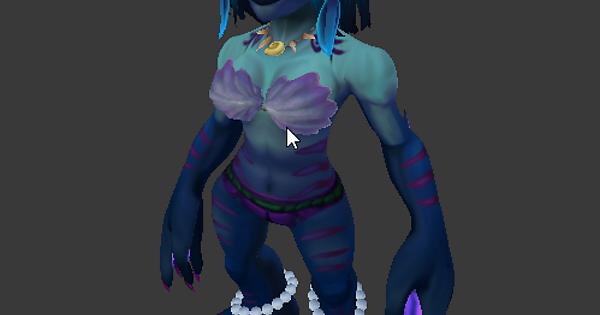 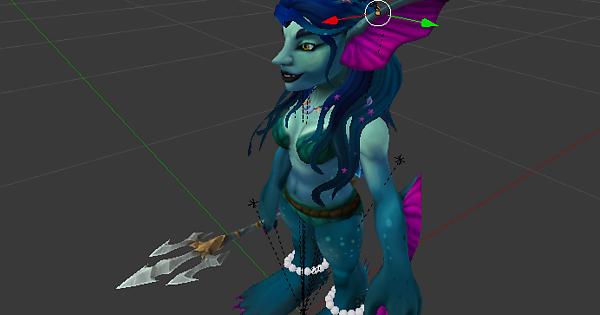 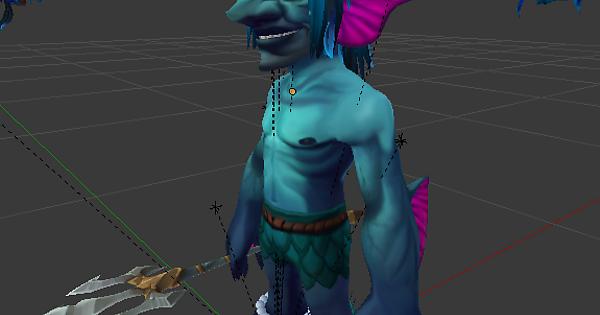 In game gilgoblin models are unfortunately not updated at this time. These ones are fan made by me. 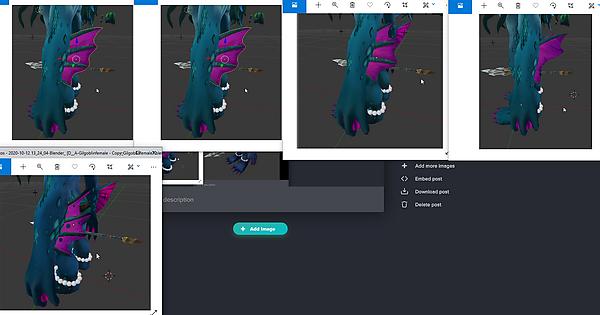 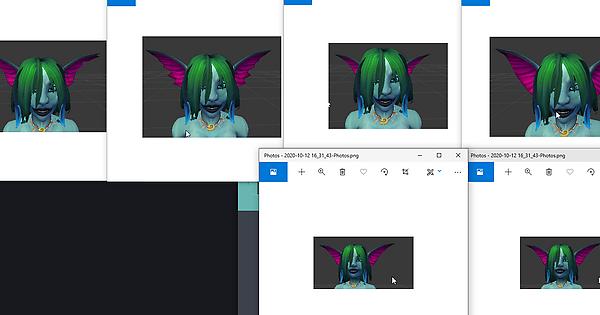 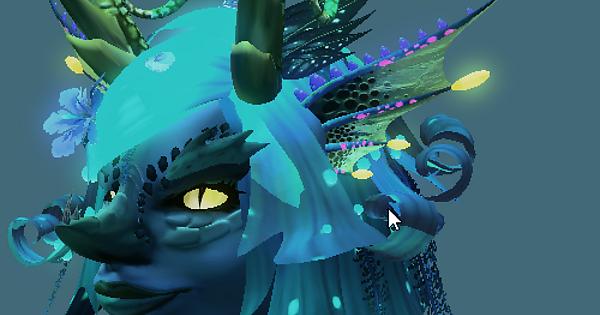 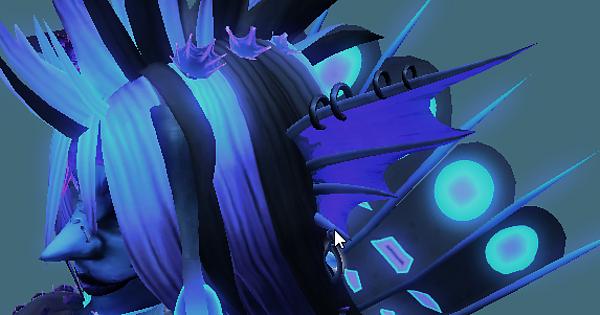 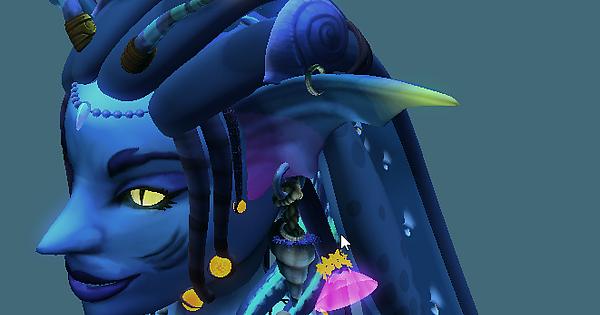 Also take note of the eye colors and decorative addons.

Red, blue, teal, blue, black and pink are all good skin for this race. Black and pink aren’t explicitly cannon though. See fanart for tatoos. There could be scales, swirls, tribal and scratched tatoos.

Hairstyles(More to come in future): 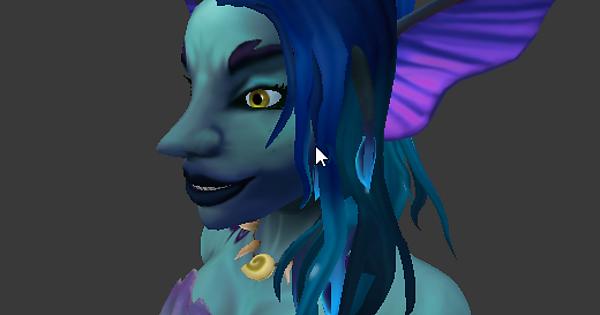 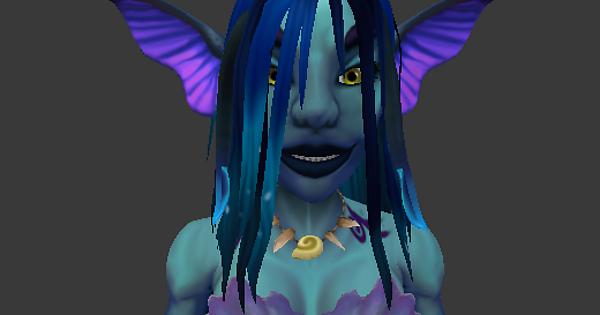 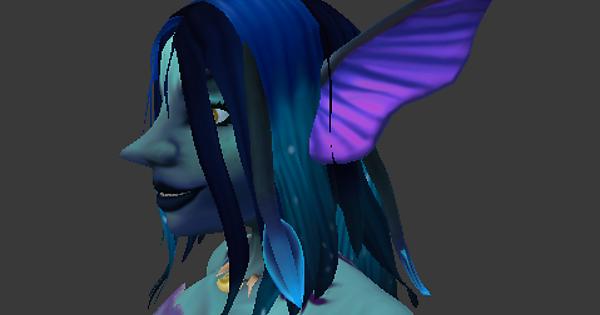 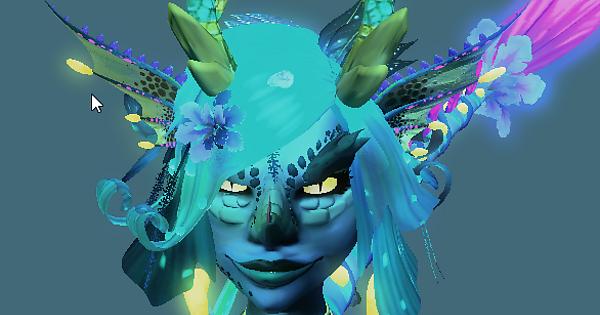 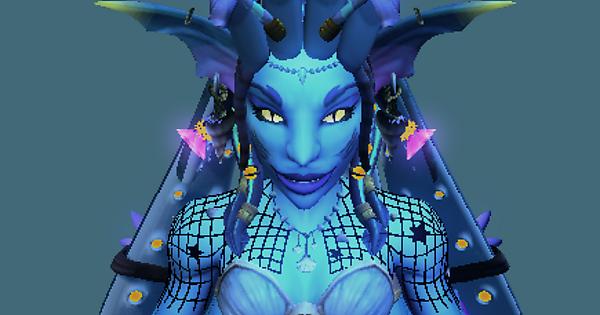 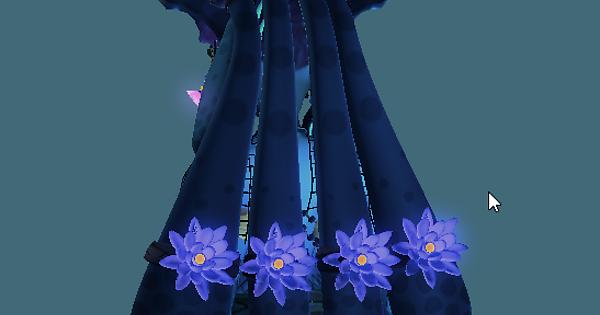 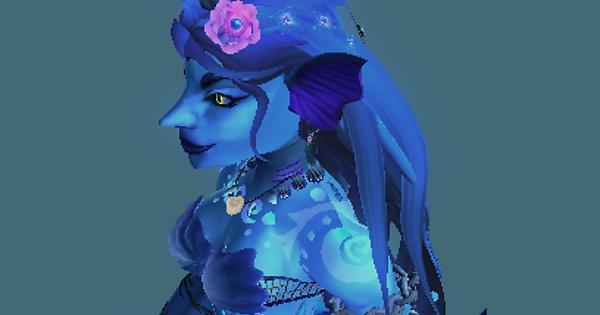 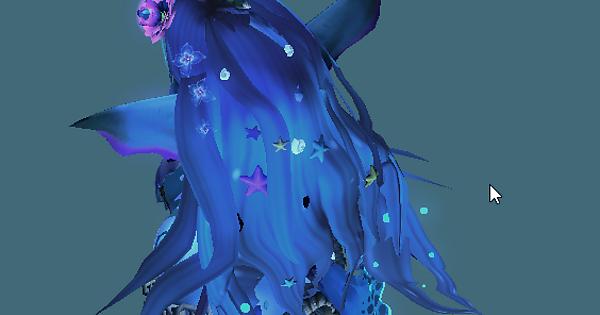 Druid form ideas
I made a number of model edits that could be fit into druid forms. Keep in mind with all of these I am no professional. With more effort this could be spot on.

Mermaid form would be pretty neat.

Can easily see this working as a moonkin form with more effort put into it. The design is inspired by Legend of Zelda zoras. 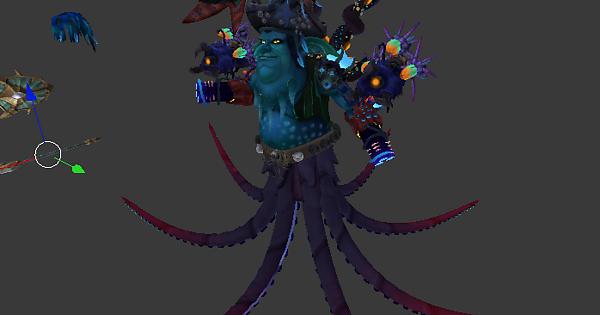 Kinda far fetched admittedly, but cool. Lovecraftian and ktir like. 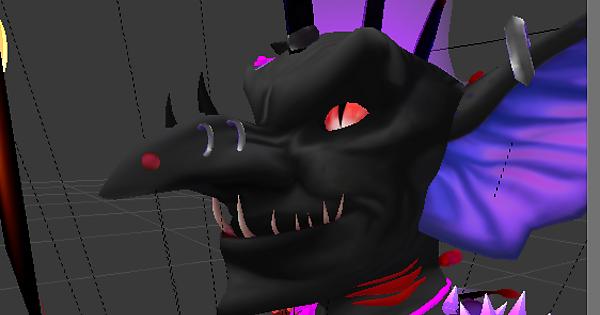 Angler link, but picture this but more monstrous and cat like. For an actual cat, snapdragon comes to mind.

Really cool, but admittedly I am unsure how to fit this into a druid class. I would like to hear more ideas from everyone.

Racials: I will think about this later.

Cannonical glow in the dark eyes. 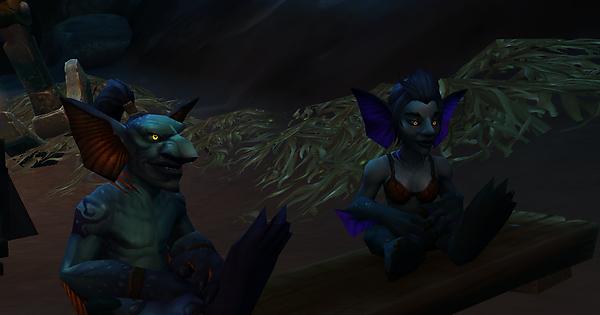 To this end here is how some of these model edits look with low lightning.

Though not explicitly cannon, I think it would be amazing to have other glow in the dark parts.

Check out the Shellhaven 🔱 community on Discord - hang out with 94 other members and enjoy free voice and text chat.

Those who want to help us support kelfin. You are welcome in our discord.

EDIT: I will be screenshotting any ideas someone has for racials or other model custom options for this thread. Feel free to suggest something. I may just be able to make it happen.

Kelfin for the Horde! One of the best races of BfA! (And before!)

And man those glowy bits. I hope that makes it in if Blizzard goes for Kelfin down the line.

Fully support this addition. Also I would definitely roll a Kelfin druid especially if there were glowy parts to them. I think that’s one of the neatest ideas on this, which is very well done. I also do not believe model sharing is an issue (See: Void Elves, Mah’gar, Dark Iron Dwarves…). Kelfin have their own theme, and a niche not filled yet by any current playable race.

Also I would definitely roll a Kelfin druid especially if there were glowy parts to them.

Gods what I would give for that.

I really love Kelfin. They grew on me so well during BfA… I need them.

I’m indifferent, but always enjoyed your work gnomest. Love the glow effects, mermaid/druid ones and really like those in the dresses, though not sure what they are [but still very sharp].

Mergoblin I suppose. The gothic looking one I call a queenfish. The one that looks like a zora I call a sea dragon transformation. It could work as a moonkin one with more effort though. I am really proud of the queenfish one and seadragon as I think those look so cool.

So why should they be an allied race?

They most likely won’t be. They have nothing to do with SL. And they already made a race based off the goblin rig.

Of course, I also hope beyond hope that they’re done with AR.

Blizzard said they weren’t finished with ARs and that there would be more. Them having someting to do is not required because Mag’har and Dark Irons didn’t have much to do with BFA. As for a race based on the goblin rig. What I am requesting here is a rig change up/and or geometry change to help it stand out. Kinda like what was done for kultirans and zandalari.

you may hope that AR’s are done. I don’t.

Kelfin and many other races would best be implemented this way.

Also there is nothing stopping them from making more races off of any of the rigs. And Blizzard has said that they intend to use the AR system to add races going forward.

I’m so happy to see an unique AR thread up! I have to say, they compliment the Horde nicely and we see them outside Orgrimmar, and I would hope either as an AR or customization option for Goblins done right that Blizzard might think about them!

I really wanted the Kelfin for the Horde. It also wasn’t fair that the Alliance got a subrace(mechagnomes) but Horde got an entire new race. Alliance should get a new race next, and we get the Kelfin.

Blizzard said they weren’t finished with ARs and that there would be more.

This makes me sad.

Them having someting to do is not required because Mag’har and Dark Irons didn’t have much to do with BFA.

Yes they did. We’ll most likely see AR from SL.

What I am requesting here is a rig change up/and or geometry change to help it stand out. Kinda like what was done for kultirans and zandalari.

KT was a brand new rig. Zanda still looks like Nelf to me, only better. But since there are two Nelf rigs Horde side, I have no basis to argue that. I had forgotten about Zanda.

Zanda still looks like Nelf to me, only better. But since there are two Nelf rigs Horde side, I have no basis to argue that. I had forgotten about Zanda.

No no. Blizzard confirmed both male and female are the Darkspear rig.

Only the old Pandaria models are Nelf. They were not used for the player model.

Blizzard confirmed both male and female are the Darkspear rig.

I need proof of this. Because they move like Nelf males and the rigs look exactly the same.

I’d like Kelfin for the Alliance. Why? Reasons! But really, they live in the sea, so their oil spilling cousins wouldn’t be liked I imagine. Picture someone messing with your ability to breathe @_@ not so fun huh? At any rate, they’re cool 'n I’d love to play one!

This will not be deleted.

I don’t know if they will ever be playable or not. I still think my argument from before holds some weight. You may be right for all I know. I mainly just want to make it known that Kelfin are a wanted allied race on the .000001% chance blizzard sees this and agrees they should be made playable. It saddens me that they weren’t made playable in 8.3 Vulpera isn’t bad, but I think having the kelfin and voldunai be same faction partners would have been a good idea as the kelfin have literally every reason to join if not more reason. We saved them from a major threat in BFA, aided them in some tough times. They expressing a unique level of interest in the horde and even showed up in durotar. Maybe they are just going the route of ogres and taunka.