A Time for Innovation! - The Unofficial Tinker Class Discussion Megathread 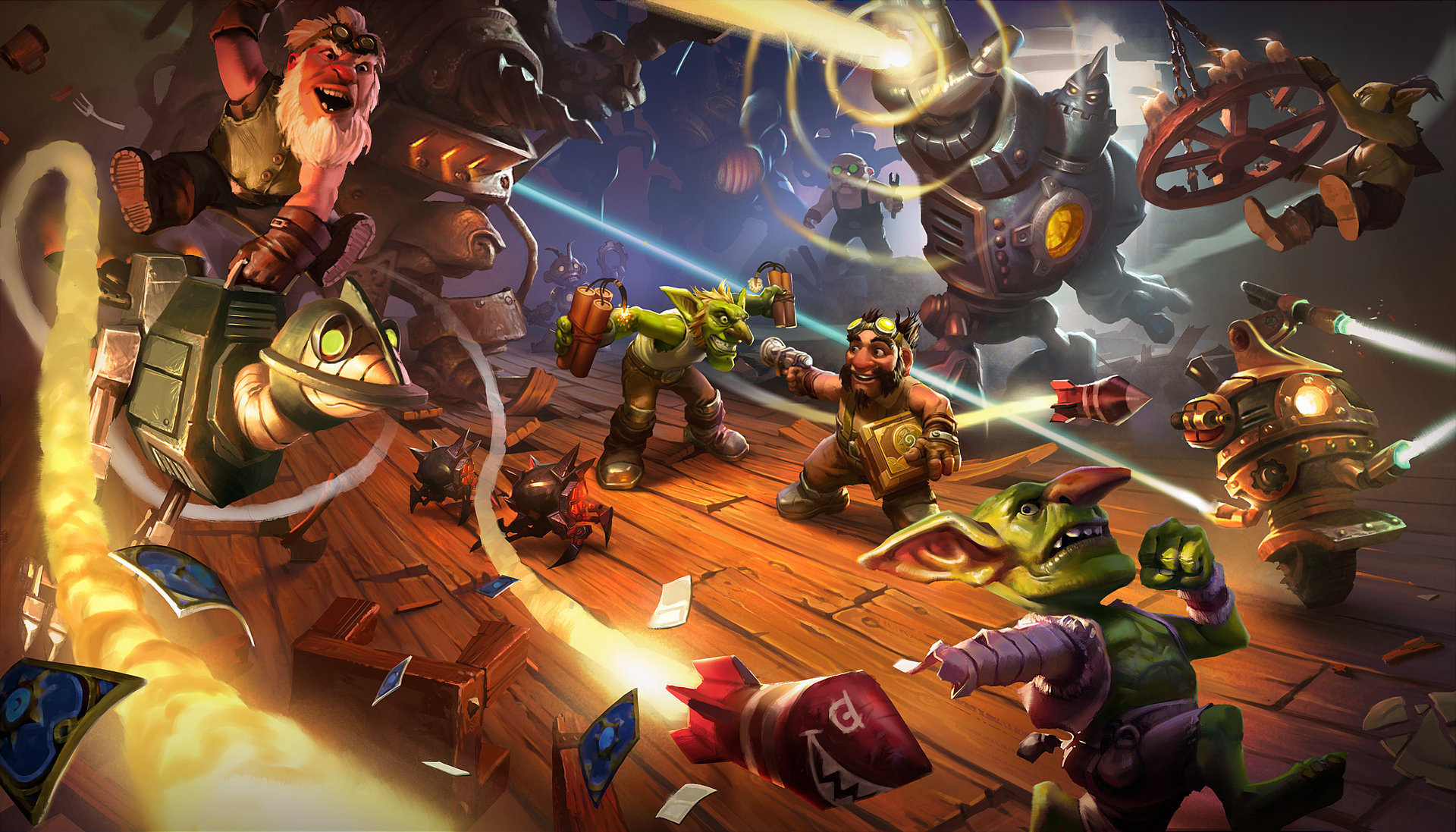 TLDR: The purpose of this thread is to collect ideas and suggestions into one singular place for playable Tinkers while having discussions of said concepts. The launching point being my concept for a Tinker Class for World of Warcraft from hearing multiple points of view, inspiration from the Tinkers in game, other game Mechanically inclined characters and my own personal takes.

It has been some time since World of Warcraft got a new class, it will be Six Years this August from the Legion Launch. An abnormally long wait time compared to how it has been in the past for new class releases.

Normally, the devs would only release a class if it aligns with the theme of an expansion, and we do not know the theme of the upcoming 10.0 just yet for sure.

Tinkers are one of the most malleable classes, with a long history in Azeroth. They can pretty much fit in whenever, and wherever because they just build things.

Tinkers have existed in the setting of World of Warcraft since before the game’s launch in 2004 as the Warcraft III’s Tinker Hero. They continued that legacy with some cameos in novels & comics or as Bosses and mobs in Azeroth. Getting even more validity in Battle for Azeroth with the introduction of Island Expeditions as a three spec class.

Armory
The Tinkers would guns as their primary weapon, or bows or crossbows. For all of them, the stats applied simply change based on spec to fit the tanking or healing role.
Tinkers would also wear Mail armor.

Additionally, Tinkers would have a Universal Passive called Scrap

Scrap - As a tinker damages an enemy, they chip away at their armor and weapons creating Scrap. This scrap can be picked up to replenish some of their resource and reduce their cooldowns by X seconds.

The abilities that already exist, cataloged by WoWhead and recited by MrGM. 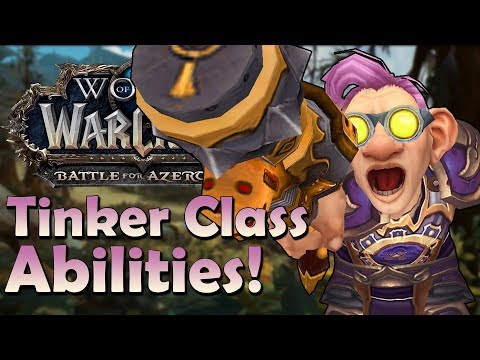 But it doesn’t end there. 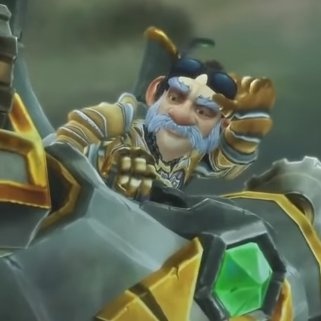 And a BIG thank you to Fallyn, creator of the San’layn MegaThread for teaching me how to format my threads more clearly. (If it’s still an eyesore, that’s my fault not hers haha

Please! Leave your comments, insight, suggestions, personal takes and inquiries below. And Please Share this thread with friends and Tinker Fans alike so we can brainstorm together!

I will Always be in Support of Tinkers, And I’m glad this thread is here.

This class is a staple of the WoW universe that isn’t currently accsessible to the players, and that hurts, Especially when we see NPC do this stuff all the time.

Blizzard Please give us a Tinker Class

Good post, I’m on board, when we getting Tinker class Blizz?

Normally, the devs would only release a class if it aligns with the theme of an expansion, and we do not know the theme of the upcoming 10.0 just yet for sure.

According to this promising leak, they’re coming in 10.0 as a “micro-class” - one dps spec.

A Look Back at the WoW: Dragonflight "Leak" from February 2022

With the Season of Leaks in full swing, weve seen many fake leaks on Patch 10.0 and the next WoW expansion. In this post, were taking a look at the only leak named Dragonflight from February 8 that mentions 4 new classes and player housing....

According to this promising leak, they’re coming in 10.0 as a “micro-class” - one dps spec.

I really hope thats not the Case, having a single ranged DPS spec would be really dissapointing…

Ehh, at least it gets them in the door. Always room for more later, if the leak is to be believed.

And as others have pointed out, it’d be hard to have an expansion thematically tied enough in with Tinkers for them to be the centerpiece feature of it, so having them sprinkled in with a whole slew of mini-classes would be a win in my book.

Of course leaks are just leaks until the 19th, so who knows!

If dwarf is an option, I’m on board.

In WarCraft 3, Dwarves were the counterpart to Goblins, as they created all of the Alliances guns, explosives, Tanks and Planes.

It isn’t Hard to have a theme more fitting for tinkers, I mean BFA was literally the best time for them because of the war for Azerite, and Azerite machinery and technology playing a big role. But as I said Tinkers theme of just building things is a simple one. In my mind the simplicity is what Makes them so pliable to just go in at any point. They’re a hunter with a wrench.

Also a Miniclass would be their death, by that I mean Blizzard wouldn’t expand on it. That would be the end for them, something, which you can’t rub your nose at. But if you want real Tinkers you will be disappointed by their execution by miniclass.

If dwarf is an option, I’m on board.

In my List Dwarves are indeed an option so congrats. Unlike Demon Hunters (which technically any race can be) where the scenario for them being Illidari was so specific that it could only be Blood&Night Elves. Tinkers exist in all the mentioned races, not as official classes always, but as the race can make machines of war that are fully automated, or have made Warframes before. It’s something that opens itself up to a lot of choices.

This deluge of Tinker hints alongside dragons hints is personified with the Steamscale Incinerator and the Timeless Mechanical Dragonling, two mechanical dragon items that released at the end of BFA and the middle of Shadowlands respectively.

So while the next expansion is called Dragonflight, don’t be surprised if the Tinker shows up as the next class.

Full support for a Tinker class from me. Tinkers are one of the few classes I’m really interested in seeing, along with Necromancers and Bards.

If they were available, I have a few ideas of rerolling some characters I have into the specs for them, depending on what races are available. I see they’ve been getting a lot of popularity on the forums, so I hope people will be able to make the Tinker characters of your dreams!

Seems like there have been a lot of hints lately for the next expansion. While I don’t know what to expect specifically, we’ll find out in 13 days!

Wishing the best for y’all!

If they were available, I have a few ideas of rerolling some characters I have into the specs for them, depending on what races are available. I see they’ve been getting a lot of popularity on the forums, so I hope people will be able to make the Tinker characters of your dreams!

I already have names on standby.

Full support for a Tinker class from me. Tinkers are one of the few classes I’m really interested in seeing, along with Necromancers and Bards.

Heres some pictures of draenei Tinkerer I rather like.

Here to show my support. Tinker as a class has been a dream of mine for a very long time.

As Always, I’m happy to see you Clockworth.
Any support for Tinkers is good to hear. I’ve been waiting so long at this point.

Heres some pictures of draenei Tinkerer I rather like.

I need Tinkers in my life.

Hopefully Soon, It would be nice to finally be able to RP as the class that I want.

This is an RPG, but the Role I want to play isnt available.