I know this topic gets ya’ll real hot and bothered but Void Elf customization sucks, even with the options they added in Shadowlands. Nightborne too. Just awful.

My mage is a blood elf. My friends moved to alliance and I went with them and I’d like to move my mage and Void Elf seemed like a logical step, so I did the (very cool!) Argus questlines to unlock them.

I’d seen the customizations before but upon trying to put together something I liked, I uh, ran into some issues:

Void options I got so far:

Some Ethereal Wraps provided by Somand 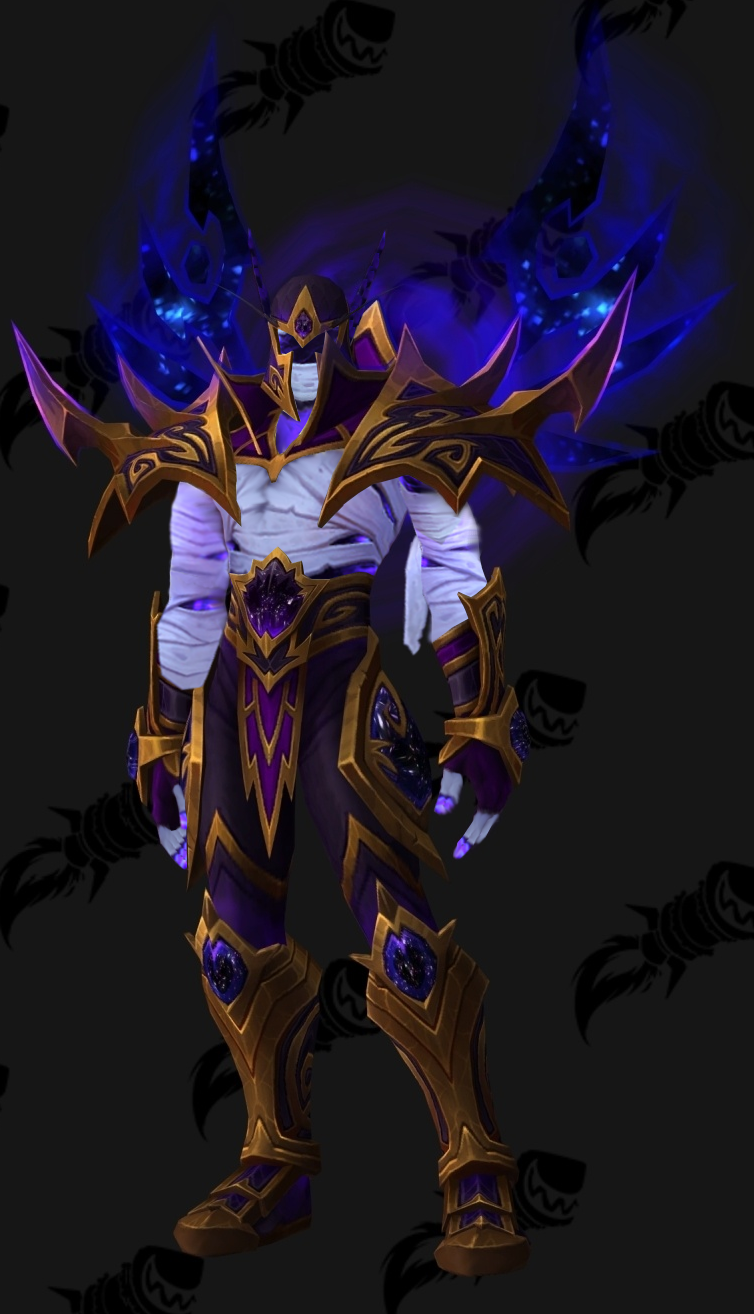 And some voidified tentacles and stomach mouth provided by Lance! (Affectionately called Voidberg.)

Also provided by Lance an example of the hair leading into neon colorations! (Thank you Lance!) 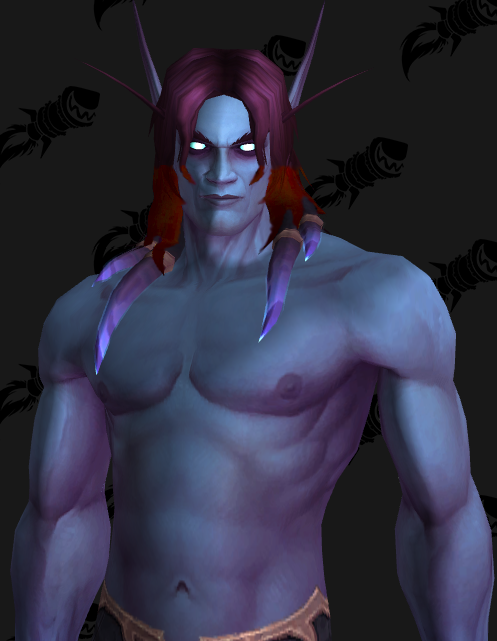 Void Tattoos provided by Somand. (Based on the N’zoth runes.)

Another rendition by Somand, showing a haircolor similar to Alleria’s in void form. 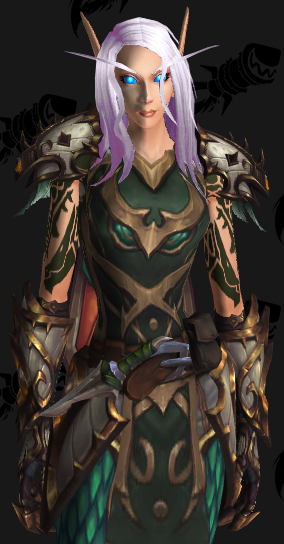 Some hair colors I rather jive with provided by Talendrion. (note: I don’t technically have their permission and might remove this later.)

Both a Void skin and potential white hair option. Provided by Izzabelle: 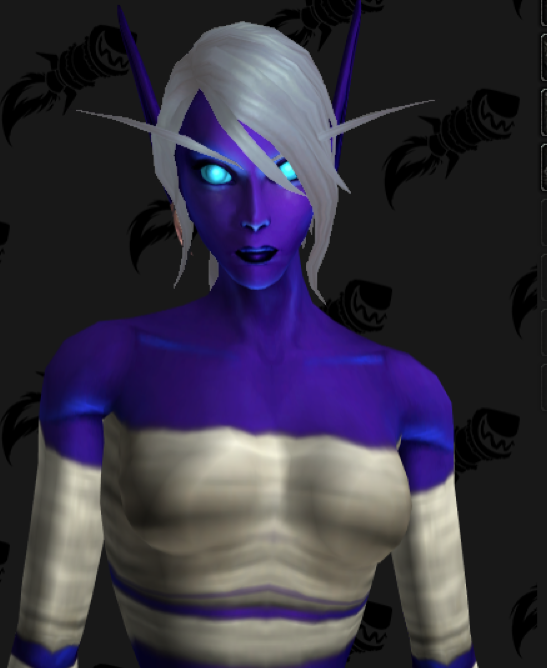 An example of the Spider tattoos provided by Izzabelle:

And examples of the Black eyes provided by Izzabelle as well! Very neat! 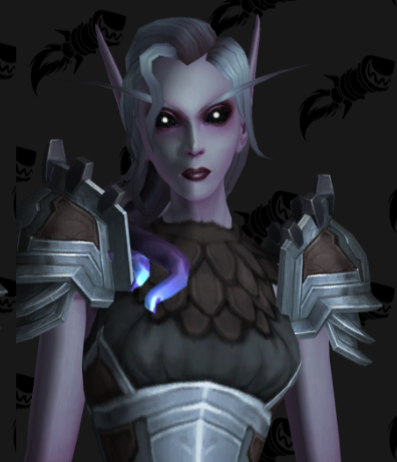 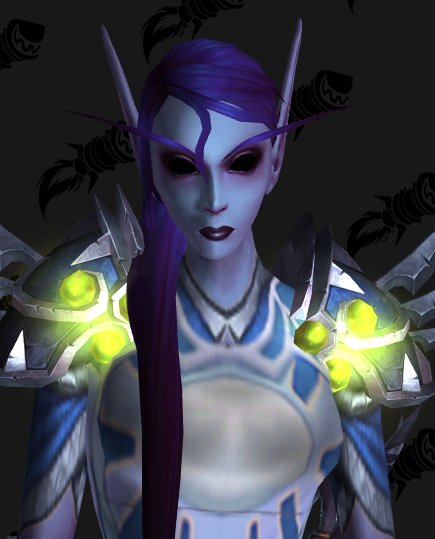 Some additional Hair tentacles and just an all around nice look. (Provided by Izzabelle again) 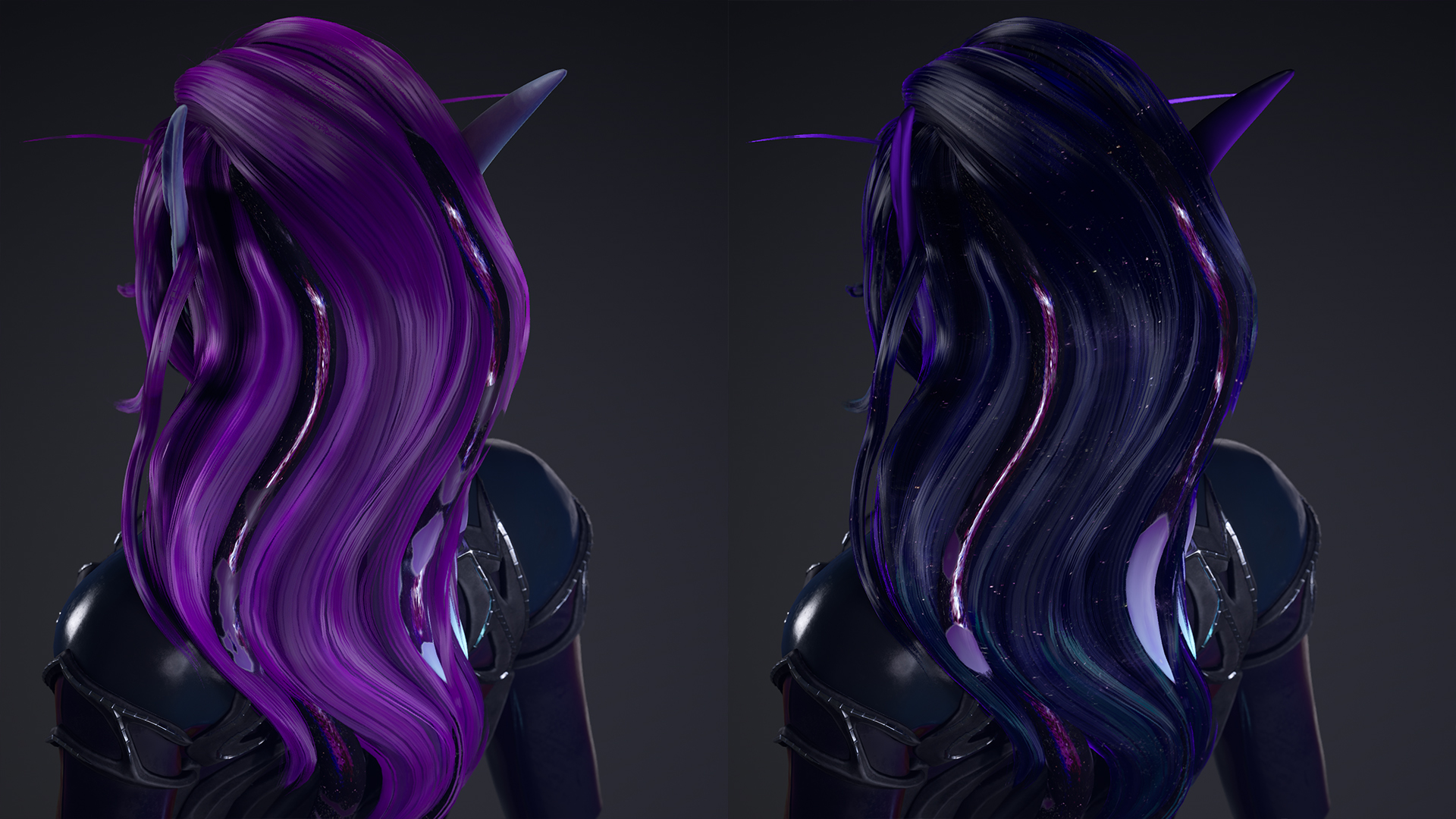 And a special treat… (Lore provided this one though they didn’t make it.) A Starcursed Dragon Hawk! 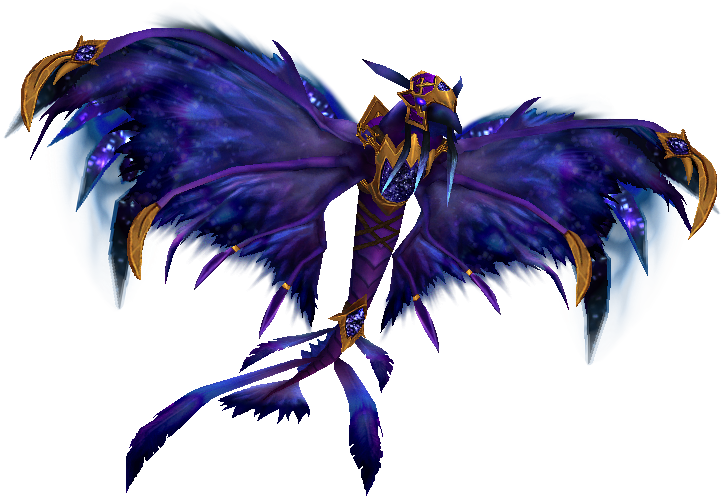 I appreciate the effort, but more tentacles? Man.

Theres a toggle in there.

The list encompasses those who want and don’t want em. Its just to expand the options.

Probably the allied race that needs the least attention, atm.

Yeah I can’t disagree that they have more options than many others, I just think the ones they have look really bad. lol

Like Nightborne Elves are obviously the worst but you can at least put together a few customs that look nice. JMO but I don’t think I’ve seen a male Void Elf that doesn’t look unfinished.

Nah, that would be the Mag’har Orc if I am not mistaken, they got the most customization options. Still though, I do believe they should first and foremost finish the Core Races customizations… I mean, seriously, no split beard options for male Blood Elves? Come on Small Indie Company, do something.

The big things I want for male void elves are:

I’m just saying High elves are a menace and we should cleanse every non void one out there.

What about some Sha/old god horns and extensions?

My mage is a blood elf. My friends moved to alliance and I went with them and I’d like to move my mage and Void Elf seemed like a logical step, so I did the (very cool!) Argus questlines to unlock them.

I’d seen the customizations before but upon trying to put together something I liked, I uh, ran into some issues:

I literally asked for cool void stuff in point 3.

The “more tentacles?” post was just me being silly.

Anyway one of the coolest things about the void is that spacey looking effect that’s used during the Argus questline, I’d love to get some more of that.

I personally don’t love the tentacles but there’s more to the void than tentacles. There’s horns, space (the great beyond), eyes, disembodied floating appendages held together by space dust, etc.

I just think it’s annoying that they seem to always default to tentacles like it’s the only thing. Like just look at a Voidwalker. I love those.

and also let them be Palidans please.

(yes I know it doesn’t make much sense, no I don’t care. Void Elves barely make sense to begin with so really it’s on brand for them)

OP wants options and while I may not agree with all of them(such as more blood elf copying) , they do have an interest in void options in their post.

In either case I can still post my list so others can consider different points of view.

I don’t understand how wanting black hair and a few more haircuts means I want a “blood elf copy.” Every race has access to at least one natural real world hair color.

There are more ways (and better ways) to express the idea of the void through design than in the hair.

Oh, and Void Elves are literally a Blood Elf clone, even if they get more ways to add tentacles.

Oh, and Void Elves are literally a Blood Elf clone.

All Legion ARs are clones of their parent base race. They each have their own thematic flavor that separates them from said parent.