🤨 Part 3 and Finale: Time To Chill and Drop The Unfinished Hero: Sym (My Last Topic on the Matter; Ex-Sym Main) (Updated)

All Other Syms Mains right now: 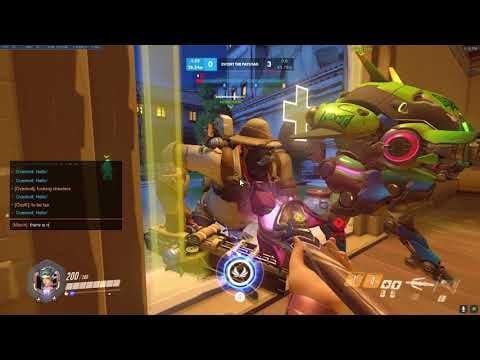 I am literally a fish no one cares about. Any new news on Sym? (Answered!) 🧞‍♀ (edit: nothing improved in 9 months.)

I actually enjoy the Symmetra 3.0, and think she is completed, is fairly high risk + high reward in the right hands, and is balanced.

Well I assume most of Sym mains will be like:

But does not mean the data is not true, just because they say no, it is not.

Well… The current meta is stomping out a lot of DPS’s viability, so it’s reasonable to believe that it’s not Symmetra’s current state being an issue, but rather other heroes in GOATS.

I do pretty well on Symmetra myself, and don’t have any issues playing her… She shreds annoying Genjis too.

Blaming Sym’s Problem on Goats is being blind to her real problems.

Goats is not her main problem.

Its her own kit.

I know thats tough to accept, but it’s true.

well, no because a lot of other dps are non-meta atm too. 76 is balanced, but he’s non-meta because of GOATS. Balanced doesn’t always equal instantly meta.

Arg… not saying that.

…
Goats, Dive, etc. will always exist no matter what you do or say.

Your just proving my point more.

In case you all want some real music

You really need to get a better taste in music…

Taste is different for different people for a reason.

The day they remove Symmetra from the game is the day I will take my time and wallet to other games. Even with the crap rework, I love her and I always will, and if they do that I will feel no obligation to stick with overwatch. I won’t waste my time on a game that doesn’t value mine.

Bumping this for you, because you seem to be late the party: 😡 Why Sanjay (Symmetra 3.0) is Not Symmetra and Why You Should be Angry

It should also be noted that if they ever do outright delete Symmetra, everyone better watch out because if Actiblizzion would do that to Sym players, they will do that to you just the same.

I will always love Sym, but this been way too stressful for everyone involved.

Lets do this people

Also i agree with you, i’ve basically given up talking about balance in general or waiting for some buff to happen with any hero, i just accept overwatch the way it is and if they want to buff or fix this and that then great but if not oh well.

I can just play another game if i can’t tolerate the balance in overwatch.

As we seen as another skin is spoiled today, Devs are more focused getting the Winter Event out there, then whatever big secret thing they are currently working out behind the scenes. Plus Winter Holidays is about to begin, so not a lot of unplanned ptr stuff will be released.

I expect we will see planned events, like the yearly Jeff sits in front a fire and sweetly teases us.

But I don’t expect to see anything Sym related till April. 👋 The Perfect Sym Buff by the way if you are a dev.