Hey all, we wanted to let you know about some of the issues we’re tracking in 21.8:

11/19 Update:
We are in the process of rolling out a server-side hotfix that includes the following updates:

11/19 Update 2:
The team is aware of a bug causing crashes when starting Battlegrounds games. The team has isolated the issue and is working on solutions.

TO ALL ANDROID PLAYERS AFFECTED BY THE ABOVE ISSUE:
We have resolved the issue with the bad update that was blocking Android devices. Affected users will need to install a new update to correct the issue. If the latest update is not showing, we have a suggested workaround: go to Google Play → open your profile icon in the top right → open “Manage apps & device” → select “Updates available” → select “Update All.” We believe that should cause the update to appear on your devices. Once you have updated, you should be able to play again without issue.

We will update this post with any other major known issues as we track them. Thank you.

CRITICAL / GAME CRASHING KNOWN BUG SINCE NOVEMBER 2, 2021 AND YOU STILL DID NOT FIXED IT:

CRASHES all the time due Zephrys.Will you fix it this year? Bug Report

Excuse me, but WHAT KIND OF DEVELOPERS YOU ARE?. Are you going to fix someday the Zephrys bug that makes this game unplayable due to constantly crashes since November 2, 2021?. Why yesterday you did a “Maintenance service” and still didn’t fixed this bug?. This deck you can try, it is unplayable due the game is crashing most (not all) of the times when: 1. Playing your own Zephrys or 2. Your opponent playing Zephrys (it can crash / make disconnects both users) or random crashes I think when: …

Some bug reports from other users:

When I play activated zephyrs it crashes my game. When I relaunch I can pick from the three options normally. I’m on Windows 10 and I use a NVIDIA GeForce GTX 1060 3GB graphics card.

Hello, i dont know if somebody already reported this but im not seeing anything about it so i thought ill share it here. In wild there is a bug where when you play zephrys in a pvp game the game crashes and both players disconnet. Super annoying since your turn is almost over when u reconnect. Renodecks kinda unplayable atm. Hope you get this fixed soon! thanks.

hope this will be fixed soon

Same here, but I didn’t know that my opponent was disconnected too when I play zephrys. Please fix it, thanks!!

Hey since the latest patch, when ever I play zephyr, the game crashes before the magical cards show up, once the game relaunches its too late, my turns already ended.

Hey, is anyone else’s game still crashing as soon as you play Zephyr?

Hi ! As Aranna Starseeker, when the character changes for the Aranna Unleashed, the armour is not being kept. I am not sure if this is the proper way to work because we lose the ‘small advantage’ that armour brings.

Hearthstone Mercenaries: Kurtrus’ task 10 doesn’t finish. I am stuck on 29/30 battles and any more finished battles do not complete this task. Finished about 10 more battles with more then 25 attack on Kurtrus.

Edit: After relogging, the task progress did count.

Has anyone else the problem, that she/he cannot queue Battlegrounds with friends? the blue Play button just stays grey and says waiting.

Mouse control in the game is unable on android version since last update. Fix please!!! It was more comfortable than tapping phone screen.

Hey, thanks for the report. The team is looking into it now.

Turns out the fix for this one was fairly easy, so I’ll be adding it to the known issues and it should be resolved soon.

Please can you add that the animations on golden Vessina are still broken? Hadidjah told me on Reddit in August 2020 that the bug had been logged and would hopefully be fixed soon. Celestalon told me on Twitter in October 2020 that “I asked around… It [the bug] hasn’t been forgotten”. 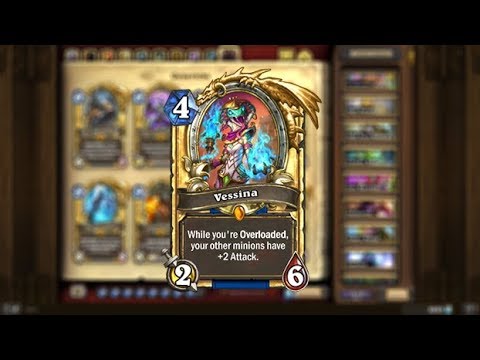 Yes, my friend and I are having the same issue. Is there any known fixes?

Drek’Thar doesn´t work with Shudderwock.
What should happen = Once the Deck is empty, Shudderwock should spawn 2 Copies of itself
What does happen = Nothing… it just keeps repeating the “empty” Battlecry without any sort of effect.

Honestly had I known it wouldn´t work, I had picked the other Faction Leader and atleast had SOME use out of these Cards…

Can you please fix the issue where we cannot play battlegrounds as a party? Or at least let us know what is going on.

Hey, thanks for the report. The team is looking into it now.

Will you also have the courtesy to mention my report to let me know not only me but the rest of those affected, that the devs are going to work on solving this bug?

Many affected people have been waiting for a response and solution since November 2.

All of us can’t play a match in this game with Zephrys without having a crash.

All of us had been ignored by devs since that day.

I think some courtesy would not hurt.

Drek’Thar pulls minions from your deck, so when your deck is empty it is correct for it not to summon anything.

The team is looking into these reports. Nothing has been shared because there is nothing yet to report back at this time.

I’m still unable to choose a faction at login. not offered and I don’t have either of the new legendaries in my collection.

Hey there. The devs looked it up and saw that Vanndar Stormpike is in your collection, initially claimed two days ago. You can find it by filtering your collection by Fractured in Alterac Valley.