A lot has happened since the last time this thread has been updated, so I took the liberty to bring the requests and suggestions of the High Elf community up to date with respect to what has been granted and what has still yet to come.

This thread is for those specifically interested in discussing current and further options for Void Elves in regards to their High Elf aspect. The goal of this thread is to go into detail on as many requests as possible to cover all the bases the community desires.

Please understand that as a community we do not demand nor expect to receive all of these options through the future. Additionally, in no way do we believe that we should be given special treatment. Further options is something all races deserve, not just Void Elves. Rollouts of additional options should be granted equality across the board, no race should be a focus.

Let’s begin with some background on the High Elves, the Blood Elves, and the Void Elves beforehand: [To be added later]

Now onto the initial section of requests:

Why, you might ask? This is simple: Void Elves=High Elves=Blood Elves.
Of course, I know that explanation will not be enough for some people so I will obviously go further with the details.

There are two primary justifications for why Void Elves should have those options (and future options) copied from Blood Elves and granted to them.

Blizzard has confirmed that one thing they continue to discuss within the team is the expansion of Race-Class Combinations. Void Elves, in general, have all the justification necessary to grant them access to the Paladin and Demon Hunter classes simultaneously.

Why, you might ask? This is simple: Void Elves=High Elves=Blood Elves.
Of course, I know that explanation will not be enough for some people so I will obviously go further with the details.

Let’s delve into customization in particular by focusing on each of the various micro-themes present within High Elves.

You might notice that some of these requests are similar to or replicate that which is requested by Blood Elves. Why, you might ask? This is simple: Void Elves=High Elves=Blood Elves. If you don’t understand how it’d be justified for those to be copied over, scroll back up and read the justification points.

That’s all for this section. I will leave it with this: Any further customization options granted to Blood Elves, through the justifications I have provided within this thread, are automatically eligible for being copied over to Void Elves as well. There is but one exception to this rule, and that is any Blood Elf options that very explicitly depict the main Blood Elf theme of the Holy Light. In such cases, they can be copied over after being made into Void colors.

Thank you for taking the time to read through this thread. We appreciate your support, and look forward to seeing what the Blizzard Team has in store for Void Elves and others.

I’d like to remind everyone that we do not tolerate the breaking of the Code of Conduct in this thread. This includes, but is not limited to: Spamming, Trolling, Harassment, etc.

What we do tolerate is civil discussion, continued and friendly support, and the maintaining of a peaceful atmosphere.

Updates will continue to be made going forward, especially in regards to adding pictures.

You are not blood elves. You are void elves

No. No way. Stop asking.

There’s already two megathreads for this topic, we didn’t need a new one.

Void elves should have no hair

Easier to just aVoid that request.

But nah. They compromised with the skin colors, but they’re really not trying to make high/blood elves a neutral race. Hair is the main unique thing void elves have left as appearances go.

There’s a lot of hairstyles all races should be sharing. I’m all for it.

Hell no. I would go further and say that giving void elves blood elf skin tones was a very bad decision. They are meant to be voidy tentacle gothic themed not pseudo high elves.

They are meant to be voidy tentacle gothic themed

This is the best part about the race and the normies are constantly trying to suppress it.
Let the angst be free!

I cant with all the edgelord widows peak hairstyles that VElf males have… they’re terrible.
I dont even really care about the colours, but the styles are so. so bad.

Void elves should have no hair 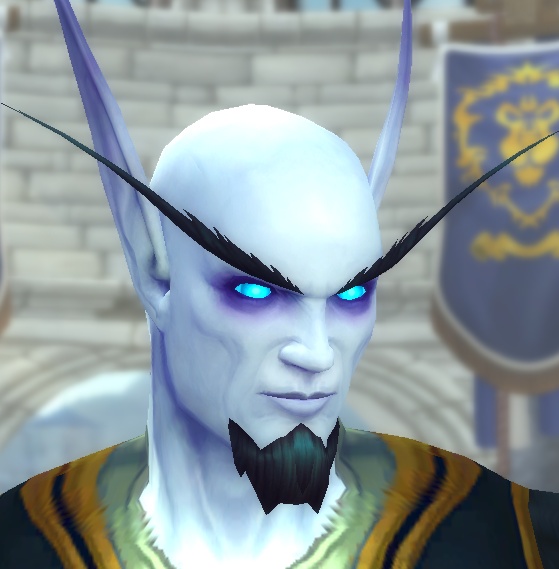 Please give Void Elves some/all of the Blood Elf hair options, both in terms of styles and colors.

No. I do want different hair colors, but way different from belf.

If I wanted a belf look, I would roll a belf.

I’m pretty sure eyebrows and beards are hair

I’m pretty sure eyebrows and beards are hair 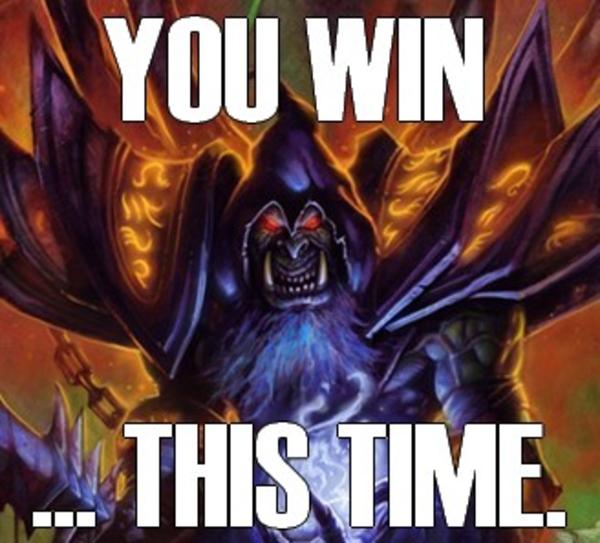 Yeah its really dumb that there are like 3 hair colors and like no hair styles without tentacles. There isn’t even a white hair color ffs.

As much as the hair color would make sense from a narrative point of view, the current hair style grew me.

Before your character lost his “innocence”.
I could say it’s taken a Void Elf female to “Corrupt” him. Wink Wink
From Warcraft II to Warcraft III you died a “Boy”

I assume the only good thing you find about BFA is when someone made you a “Man”.

I can come up with countless jokes of your hilarious scenario.

I’d trade the new ones we have for a couple of the void elf ones tbh. The long wavy one especially would look incredible on blood elves.

Meh I’m fine with my gray/silver hair. Blood elves wish they had this color

I wouldn’t mind a blue ish white color though. Would fit really well with my mog