I’m posting here to hopefully get some more attention on this issue. Never in Warcraft’s history has Alterac Valley - once the longest and most epic battleground - been this bad at the start of an expansion when players have no gear.

One week into the expansion people were killing the end bosses with 2 towers up. We’re now three weeks in, and people are able to kill the bosses with 3 or 4 towers up.

There is no PvP in this battleground. Games are over in less than ten minutes. Great for honor farming, bad for everything else.

NPCs need a very substantial boost in hitpoints and damage. I have tweeted and made forum threads and still no attention to this very clear bug. 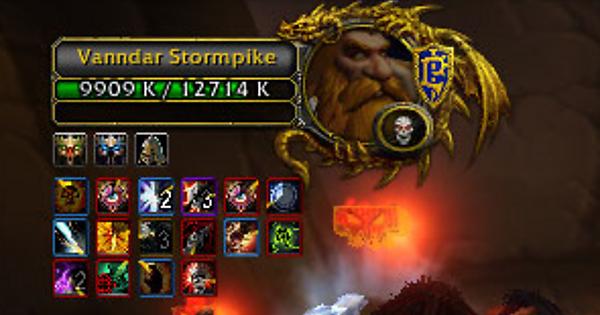 Just did my first epic battleground at max level and it was AV. I was excited as normally games are good when everyone is still a freshly dinged character and tend to go on for at least enough time to have a back and forth. What a disappointment. The game was over in under 8 minutes. The top honorable kills was someone with 4. The NPCs hit like wet noodles, they have the hitpoints of quest mobs and people went in with 2 towers still up and people in instance chat said they were in games wher…

23 Likes
There is NO PvP in AV Anymore...Very Sad
Alterac Valley @60 is awful
Why are so many BGs absolute garbage?
Alterac Valley Updates
BG forums lounge
Rushing AV
Doomsaki-vashj 14 December 2020 19:31 #2

We should just swap it with Korrack’s revenge event permanently.

Wow there is no pvp in av this hasn’t been news since vanilla, allis just mad its not an auto win for them anymore

We should just swap it with Korrack’s revenge event permanently.

Only if they fix the lag in Korracks

Wait so we have a shot at getting the “win AV in under 6 minutes” achiev now?

allis just mad its not an auto win for them anymore

Spoken as someone who clearly has no idea what they are talking about and rarely plays the battleground.

The real question is, who’s winning? Is it still an Alliance walkover, or is Horde hanging in there?

For Horde players (as can see that this is going to be a trend…):

AV has never been Alliance favoured. Ever. The map, ever since its inception, has been Horde favoured. The Alliance win rates were so high because Horde would let Alliance players freely walk into their base.

For the past 2.5 years the battleground has been largely Horde dominated. If you haven’t played in that length of time, this post really doesn’t apply to you. The Alliance is winning more now that NPCs are wet noodles. You should be in favour of fixing it.

The Alliance win rates were so high because Horde would let Alliance players freely walk into their base.

I’ve quoted the relevant part of the post for you.

Who in quality control let this AV into production?

So what you said is wrong it has been alli dominated for a lot of time, making an excuse doesn’t make it any less dominated

Nothing I’ve said is wrong. You said:

Wow there is no pvp in av this hasn’t been news since vanilla,

Wrong. There has been tons of PvP in AV for several years now ever since they buffed the health of the major NPCs.

allis just mad its not an auto win for them anymore

Wrong. Alliance hasn’t dominated it since the end of Legion, 2.5 years ago. They are winning more now with weak NPCs.

The win rates for that character suggest you have a 52% win rate.

So what you said is wrong it has been alli dominated for a lot of time, making an excuse doesn’t make it any less dominated

Being dominated vs there being an imbalance is not the same thing, you realize that right? Horde let the Alliance win. It would have been a similar result to Vanndar spawning in the Horde cave and Horde characters dancing with him while the Alliance had to capture all the towers and kill the boss at the end of the map.

Horde didn’t LET alliance win they just sucked at av. This win rate dates back to bc i was talking about this expansion and for all I know you could be right about legion I didn’t dare do epic bgs back then cause horde had always lost them so I never bothered by your own definition there is no domination either you guys are LETTING us win you don’t stop us at shb or iwb, you let us back cap on you. Allis just suck at new avjust like how horde sucked at old av you can’t say there was no alliance upper hand in old av and just blame horde but then try to say there is horde upper hand and not blame yourselves its classic “were not the problem its designed for us to lose” but when you were winning “oh you guys are just bad”

The real question is, who’s winning? Is it still an Alliance walkover, or is Horde hanging in there?

I win a lot of my AV games on my horde Hunter.

If they sucked that’s not a map problem.

In which case, does this thread even matter to you? You’ve done 158 matches in 13 years.

you guys are LETTING us win you don’t stop us at shb or iwb, you let us back cap on you.

You have missed the point entirely. There is no point defending bunkers or towers because you can kill the boss with all towers up.

Please show me where I’ve said anything about Horde having an advantage in current AV. Pretty sure I’ve actually said that the Alliance are winning more now with boring rush games, several times.

let this AV into production?

It’s so bizarre because last expansion they put in a lot of work to make sure the NPCs scaled with gear and were relatively powerful (even when corruption and things overpowered everything, people still couldn’t kill the boss with 3 or 4 towers up).

All of that work seems to have been undone, with things hitting for 400 damage.

Would else think all this could be solve by randomly reversing each faction position???
It would of course require to rework AV so that there’s horde bunker and alliance towers and interchange npcs between horde and alliance!
It would be useful as the data would then be able tell us if the reason one is winning more then the other because the map is biased toward one faction or is it just the factions who just play differently!