It’s finally happening! More eye colors and a good variety! New skin tones to match! Here’s hoping for great things in Shadowlands and beyond! (Dear Blizz, goatees and/or beards for us!)

Congratulations brothers and sisters, for Quel’thalas!! 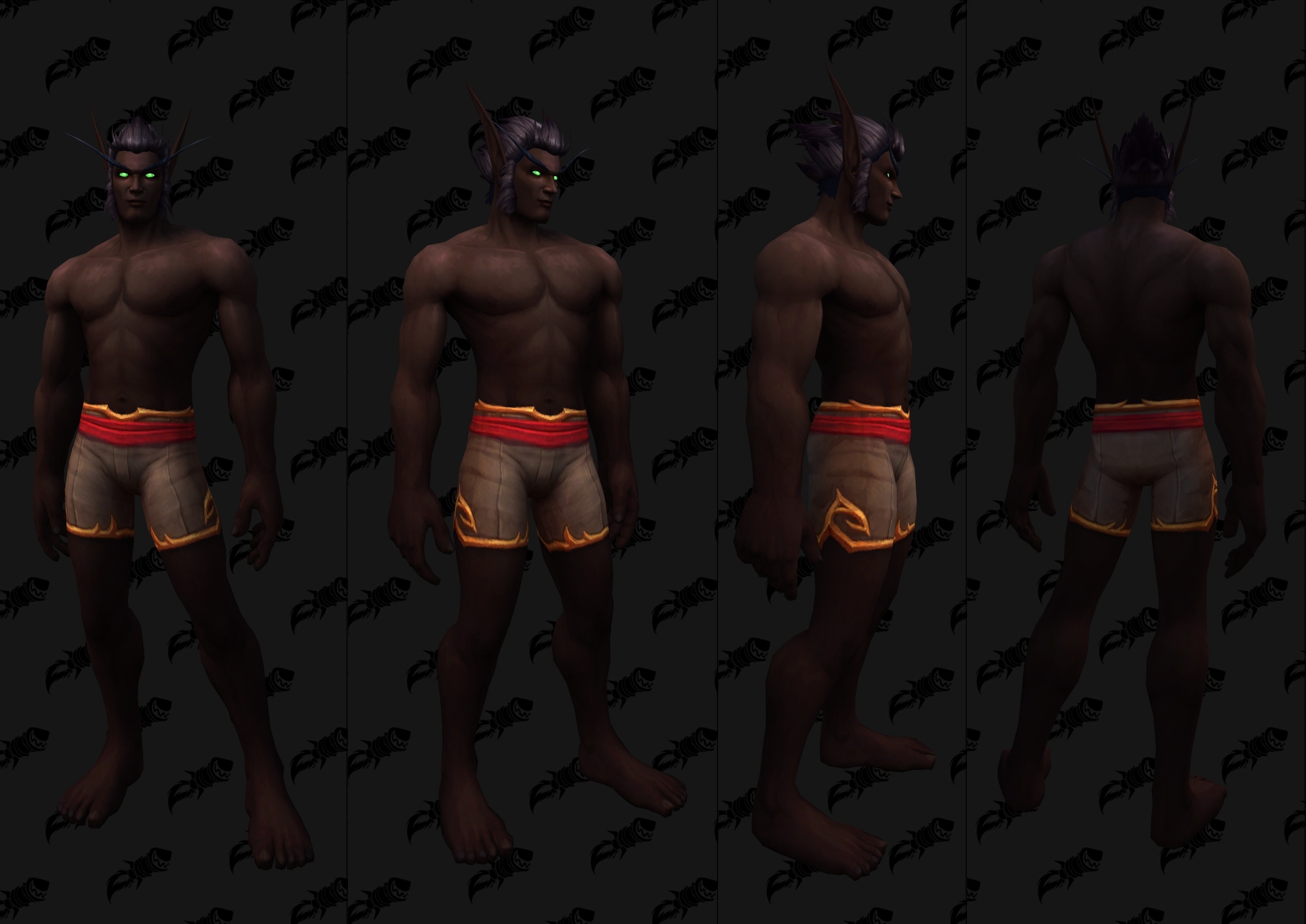 In this post, we take an early look at some new Blood Elf character customization options in Shadowlands, including skin, hair, and eye color.

Blue eyes confirmed! FANTASTIC! This is a GREAT DAY! Great looking beards, too!

112 Likes
So all we get for Wildhammer customization is... colored lines?
High Elf Compromise Celebration Thread
So what do you guys think about the new Blue eyes ? Like it ? Hate it?
Taindessa-moon-guard 10 April 2020 23:06 #2

I just wanna see what new hair and other options we get already!

And i hope we get Dark ranger/Forsaken belf skin tones.

But those are fine too.

I don’t think so. For the Horde!

Those blue eyes aren’t exactly what I was hoping for but I’m sure they’re not finished yet anyways.
Cheers!

Blood Elves belong with the Alliance. There is nothing to celebrate until Silvermoon is restored to its rightful faction.

I am so psyched for these changes!

Don’t anger it, you fool!

Blood Elves belong with the Alliance. There is nothing to celebrate until Silvermoon is restored to its rightful faction.

That would piss every blood elf off but yourself.

I’m pleased with this; more customization options are always a welcome thing.

I’m actually really curious what some of the other races are getting to go with this; seems like the drama around blue eyes has sucked up all of the attention.

Stuff isn’t done yet so it’s still probably being texture worked, it’s datamining and some of the method has changed over time so that’s not the final pass. Case in point, human female eye make up is borked, too.

I really love how all the races are getting more options and that eyes aren’t tied to face anymore. Blizzard leaning more into the RPG aspect has me intrigued to see how far they’ll go!

Farstrider tats would be epic and so would violet/purp eyes, I’m assuming all the difference races still have way more customizations being added and this is just the first batch.

Excited to see what Night Elves end up with and a few other races.

They left out the most important change! We need those incredible female void elf long hair styles. Shame on you Blizzard.

I think most of the races are still going to get more options, I think these are just the first batches since hair is a good way for each race to add more very visual options!

My Bloodelf Mage gonna look amazying with his blue eyes.

My hunter gonna have one eye scarred from the tough trials and battles his people have been through.

My warlock still going to be glowing fel green.

The customization options are amazing. I can’t help but feel as though the blood elves and night elves might be pushing a political agenda too far. And frankly look a bit horrifying in some cases and out of place in others (Especially the caucasian skin tone for Night Elves [Skin tone similar to that of a long time addict] and the afro-american skin tone for blood elves [Looks out of place, and does not do justice to African lineage seeing as the blood elves features are heavily inspired by caucasion/asian aestetic].
It’s understandable that Blizzard attempts to represent different ethnic groups in a game played and enjoyed by millions of different people around the world.
And as much as Blood-Elves and Night-Elves are the closest a non-human would come to physically resemble an actual human reforging their identity in such a hastened, arbitrary and politically influenced way does not do those two races justice.
Implementing concepts in such a lazy way as a quick paint job is dissapointing considering, the opportunities shown through variety in the new allied races.
Latin American, African, European/North American, Asian culture all have a such a variety in different variety in humanoid creatures in their mythos, and would-rather reforge the current races rather than implement new ones is a waste in my opinion.
Apologies for bringing politics to the forums.

This being said the overall look of the rest of the new aesthetical changes look amazing!