This thread aims to report avatars related issues ; and to provide a match-table as a work-around for users (and possibly a speed-up for the devs).

Two issues have been reported :

The forums’ portrait/avatar doesn’t matches with the one selected ingame. For example Gronkmen’s displays the Trophy avatar while he has Carbot marine selected, and I the Kerrigan XelNaga avatar while I have Stars’ party selected.

For those being mostly on NA for the forums/community, at match table is being built below, to inform you which selection leads to the desired portrait, until the bug is fixed. That bug has been fixed since 11-2020.

Some users don’t have any US forum avatar detected, despite having played on NA in the past. Others have their account stuck to an old portrait.

Those are quite minor inconveniences (and I’m fine with my mismatched avatar, personally), but as it seems lots of people are affected, it seems legit to report it so that when more pressing matters are settled, it gets a bit of attention.

EDIT : since the issue has finally been fixed (11-2020), this match-table is of course obsolete.

It may take some time before the devs take a look to it. So meantime, for those of us who exchange on the US forums, it might be useful to know what ingame portrait links to what forum avatar. It may also speed-up the fixing of the issue, when the time finally comes to address it. Anyway, here are the correspondences established so far :

A list of the available avatars can be found in StarCraft Wiki.

If you’re affected by the bug, please report here which avatar your selected ingame (NA).

I’m one who is stuck on the generic SCII insignia. Over 3 accounts:

…so it’s doesn’t seem to be MVP related.

You can use my account as an example. I most definitely don’t have this avatar chosen in game. Additionally, my account is very old (if that matters).

I am in the same boat as Pythagoras who also seems to be a Starcraft veteran.

My own US account isn’t that old, so I think the avatars mismatchs are something general on the website.

Leviathan’s case is different, as he has an avatar selected, but which still is displayed as if none were.

I relogged after my 30 days saved info expired and yet again my portrait was force-ably changed to what you see now. And of course it won’t change no matter what I set it to.

I think it would change if you de-logged, changed your US region avatar ingame, and then relogged 24H after. But my guess is that it still wouldn’t be the avatar selected (in my case the Stars party -> Kerrigan Xel’Naga).

You’d have to stay for more than 12-24H for the ingame avatar change to be taken in account ; not only relogging. Anyway, if you did that it could mean the some accounts are bugged with a still avatar issue, comparable to the one of Leviathan.

And it may for a while. That’s a very low priority bug, on a website which is itself low priority compared to the game itself. We’ll have to be patient ! At least it’s reported now.

Any updates to all these SC2 profile and achievement bugs? I have 20k games played in-game - my web profile here shows 18k. Where did the 2k go?

Added a correspondence table so that website users may know what ingame avatar matches which forum one.

If everyone affected by the bug could mention here which avatar he selected ingame, we might end-up knowing exactly which avatar to select, or speeding up the fixing for the devs.

Hey Jaycee, could you remind us what avatar did you select ingame ?

My current one. I’m stuck with the SCII logo on the forum. My in-game avatar on NA is the Void Ray pilot (250 1v1 protoss wins).

The difficult point in your case is that you might be affected by the stalled avatar bug and so we can’t conclude that the Void Ray solo 250 leads to SC2 insignia.

So I took the liberty of checking your website profile, and compared it with your ingame NA one. And did get : 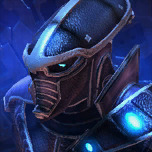 From that we can deduce :

I’ll update the first post next Sunday, but the things are getting clearer. I will use the opportunity to check the rest of your clan’s avatars.

Thanks for your report !

You’re welcome! Not sure how I feel about my MMR currently!

Bah it’s still a diam MMR, and lose-streaks happen. Additionally the global ladder MMR tends to decrease in leagues below master. Anyway, spotting possible issues in your style, and working-upon them is the only way outta this one.

That works for me - I’m better at identifying bugs and trying to reproduce them than I am at playing this game. Well, here’s another one to squash!

Glad to see someone trying to understand how this bug works

My ingame avatar is Swann’s portrait from the Master Mechanic achievement, on both my EU account (main) and NA (made just to see if it’d change).
But on three forums (US, EU-EN & FR) it’s also blocked on the SCII default (at least for me), maybe because my accounts are recent.
Is it just the “stalled avatar bug”, or is my avatar mismatched too? (is there a way to check your own profile?)