7 Months from Community Council...Did it miss the mark? 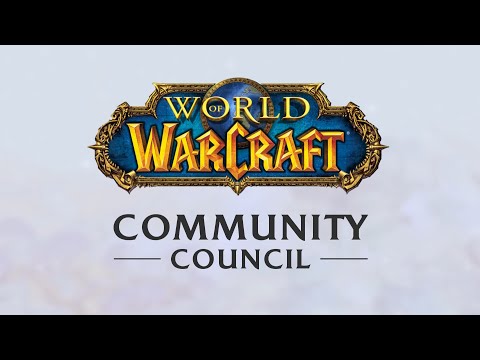 The lead producer of WoW Classic mention that this tool will be used for specific issues, so why let players create threads? It’s good that players can provide feedback with their own threads instead of just replying to specific threads created by Blizzard but if you check those forums now, those are like an echo chamber of 10-15 Players threads : 1 Devs response/ Thread.

Also, the production director for WoW mentioned regular Live Chats and so far we don’t have any of those for 9.2-9.25, maybe that’s why 10.0 has a lot of “Development” but also as mentioned by the following council member:

With the announcement of Dragonflight pre-purchase, a lot of the community fixated on the little disclaimer in the store that says DF will release on or before December 31, 2022. My, like many others, immediate though was “Huh. That doesn’t leave much time for iterating on Alpha/Beta feedback.” which I think is a natural reaction and a legit concern given how short the BFA beta was, and how Azertie Armour went live with little to no iteration based on user testing feedback. There is a narrati…

Providing a pre purchase with a release date of 2022 without any path about Alpha, Beta…etc creates just concerns and bad communication among the community,

@
@MarshMeileo We hope to do this across franchises.

Mark Ybarra mentioned that he hope to do a road map just like OW2 did mentioning October Season 1 with 3 new heroes…map…etc and December Season 2.

WoW could mention Alpha July, Beta September…etc and if they’ve any delay just mention to the community, it’ll be better that current communication.

There’s a lot of topics on those forums that aren’t expansion specific that could be really good to be address by Blizzard, just take on consideration the playerbase response to the Field of View.

So the community is fine with the field of view being more than 90. Why is it that when we get it increased and almost everyone loves the change it then gets immediately taken away? Does it really hurt the game that much to have it so we can see more?

Devs already confirmed a change for it, but why don’t type on this council post about their reasons as developers on why this range is bad for the gameplay…etc, if you don’t provide reasons to the players and just change it, it’s usually notice as the “Fun Police”.

IMO, Coulcil members are doing good threads but Blizzard doesn’t reciprocate the same amount of attention to their own feedback tool.

So far Maizou is the only interesting/noteworthy CC’er posting about topics that actually matter (such as more race/class combos, blacklisting for random BGs, etc etc), but yeah, the devs/blues don’t seem to respond much or “participate” in most of the feedback threads

I never really bothered with it. I’m not interested in a forum that is read only.

I also noticed that quite a few of them were posting on throwaway alts. If you can’t be bothered to post on your main then I can’t take your thoughts seriously.

If you can’t be bothered to post on your main then I can’t take your thoughts seriously.

Some post are from EU players and the CC forums are just part of NA accounts, so they must create a throwaway alt, also to avoid harassment

Last time I called the Community Council an elaborate scam I got banned for a week.

Given that, I’m not going to say I was right. I’ll just say that if I did speak on the matter and whether all signs point towards my initial opinion on the matter, I would probably get another week ban.

Last time I called the Community Council an elaborate scam I got banned for a week.

LOL yeah, only because they know you’re right.

And really they didn’t have any sort of mark to hit in the first place, going back to the previous statement. They don’t bother listening to or more importantly engaging with the community in any way these days.

Even though there are a ton of threads here that are absolute trash, there are plenty that bring up really great points about the game. There was a great video last night about world pvp for example, something that has been completely thrown under the rug now.

Anyway, I still hold out my hopes that they are keeping so much of the new expansion a secret, as to avoid spoilers this time. We’ll see.

They need to pick members better. I’m sorry but looking through the CC and seeing members that have only posted once or twice, went inactive for months or LITERALLY NEVER POSTED is infuriating.

Then there’s the issue where it’s quite apparent that some of them barely even play.

Ehh, I’m really happy to see Letholas on the council. Someone that can actually give devs feedback on DK in a meaningful way

We know what they said. We can’t really know their true intent. Even if they did it with the best of intentions, going the idea that hand picking players who they respect (mostly mentioning elite play, streamers, and guide writers here), their end product could never be representative of the playerbase in any way.

They tried this before (privately) and it didn’t work out then. When the group did not support the devs’ ideas, they were ignored or mocked.

And even if they did have some influence, any changes that were not totally trivial would need more than an expansion to be developed.

So while they could have believed that their skewed group would have come up with new and different ideas, there is also the possibility that it was never intended to be more than a PR stunt.

We all know frost is the best spec in the game… right…? Thats why I’m gearing a destro lock… right? lmao

the community council definitely didn’t fill out the ambitions it was made for. We got a couple decent answers, and a couple confusing ones.

There’s a lack of topics and lack of answers from devs that I’m wondering if there’s not an hidden forum for them too.

There’s also not enough dissent, that’s pretty cringe. Seems like they picked the most tame people and that just make discussions there boring.

So far Maizou is the only interesting/noteworthy CC’er posting about topics that actually matter (such as more race/class combos, blacklisting for random BGs, etc etc), but yeah, the devs/blues don’t seem to respond much or “participate” in most of the feedback threads

Maizou is definitely the best member of the community council.

was and is just a PR stunt

I’m wondering if there’s not an hidden forum for them too.

I can assure you there is no other forum for the Community Council. We have a discord server but it has been made very clear it is a server for back talk, and any discussion about the game and Council topics is meant to happen on the Council forum.