Historically with our updates, we’ve split up our commanders into small groups, in order to allow ourselves to focus precisely on certain ones with reach revamp. Now that we’ve completed our initial pass on all the commanders, we’re ready to take the next step with a second round of revamps—one that will cover most commanders. Because this is one of the largest revamp updates yet, we’d like to summarize the changes.

A common theme for commanders that are currently viewed to be “weaker” is their relatively long ramp-up times. While these commanders can hang with the best of them at maximum supply, they take more time to get a starting army out of the gate and can often fall behind. While differences in ramp-up times are intentional design decisions, we do think there is some room to shore up some of the commanders that are on the extreme end of the spectrum. In the next patch, we’ll be addressing ramp-up for Swann, Karax, Stukov, and Han & Horner, which will generally manifest in one of two forms:

The lack of power and identity in Karax’s army has been a recurring topic in the Co-op community. In addition, that he has a mastery that negates his expensive unit trait instead of enhancing it feels self-defeating. For these reasons, we’d like to try the following changes:

The primary goal of this change is to reinforce Karax’s identity as a master Phasesmith. As a commander that typifies strong defense, we wanted to reinforce the fantasy of his masterwork creations being a bit more durable, which synergizes with Reconstruction Beam. While we considered other bonuses such as attack speed and damage, we wanted to avoid pushing Karax’s maxed army to be wholly more powerful than that of other Protoss commanders.

Finally, we’ll be doing a power pass on units that often feel weak, including (but not limited to) Kerrigan’s Brood Lords, Abathur’s Ravagers, and Zagara’s Bile Launchers, and various units for Swann and Alarak.

This is just a small taste of what we have in store for everyone, and we’re excited to share with you what’s to come. Stay tuned!

Looks good! And good to see more from the team.

Hopefully this gives new life to Karax and Alarak in particular.

Glad to see the continued attention on Co-op Commanders! I definitely agree that Swann and Karax could do with some ways to get their armies moving earlier and keep things more interested while they tech up.

I hope Mengsk is included in this update, because a lot of his Royal Guard (blackhammer and sky fury in particular) are simply subpar options in comparison to his other ones. Emperor’s Shadow too, maybe.

This is exciting! Thanks for continuing to support the co-op community. These changes look fun and refreshing for the slower ramp up commanders. Looking forward to the update!

omg yes please. now i will play this again

If only more dev teams of the world were more dedicated to making a quality experience that pays for itself instead of putting in just enough effort to rake in the cash.

Your passion is noted, and appreciated beyond words.

I like this update! This is all I’ve been asking for in the last patch: letting us know what’s going on, sharing actual numbers, and going at it one at a time to let us get actual testing [hi Maguro] of changes to see what works.

Before testing anything though, I would like to say that having a little bit of damage boost to Karax’s units would make it easier to swallow the loss of the cost reduction. Having more health is nice and all, but my problem with [for example] Mirages is that they take entirely too long to kill air units to justify massing them outside of meme streams.

Another part of the reason Karax takes so long to ramp up is because he has trouble taking his expansion gases by either starting a forge early and delaying other tech structures, or going for the [would be even more expensive] Sentinel to break the gas rocks. So I’m thinking a little bit of damage bonus would be good to test here.

Alternatively, has the team explored the option of having all three rocks closer to each other, like on the expansions of Oblivion Express, so that skilled players can destroy all three rocks with only 20 orbital strikes? Having that option on all maps would help out Karax’s ramp up time considerably. 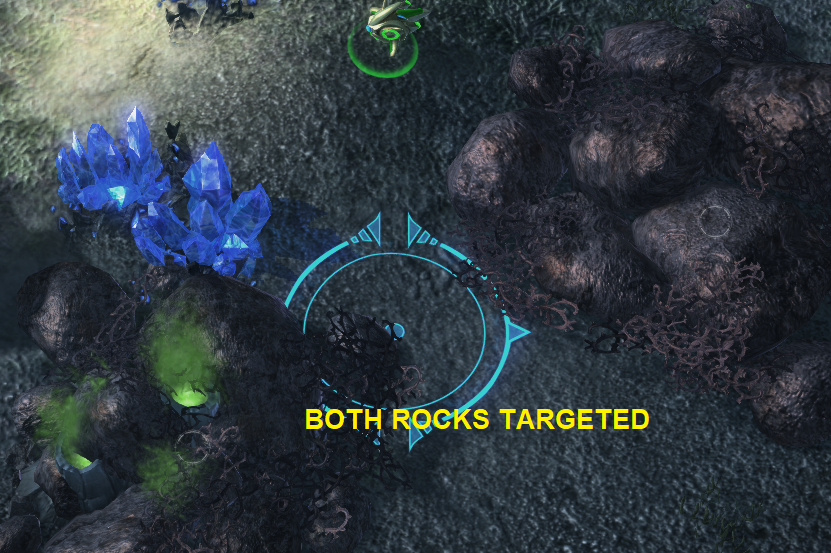 Also, I would like to remind the team that the unburrow hotkey bug for Stetmann’s Drone that appeared on the Arcturus patch is still a thing. As I described earlier, that hotkey is currently mapped in the unburrowed Drone, so it can cause conflicts with other keys that hitherto did not exist.

First I’d like to thank the team for the update and keeping the community informed. Even if its not much it lets us know you guys are still engaged in producing SC content.
Personally I would have like to have seen an increase in Karax attack damage but will wait to see what the changes do.
GL and thanks for continuing to improve SC 2 coop.

As a community I believe we want quality content (changes) as well as quantity (new commanders).

This seems like a hard nerf to Karax, seeing as how he has exactly 0 problems with survivability as is but does poor DPS due to too few units running around and a forever ramp up time due to 37389193 upgrades needed

To be fair, 50% more health puts him solidly in the same area as Nova and Zeratul for cost efficiency. Hopefully they let us test it out before making a final decision but it seems sound to me.

So, one of the most important Karax units - Probe not getting the buff, really?

For the sake of justice, these commanders need nerfs, please do them. Review also Tychus and Stetmann(Of course Infestors are ready, but that’s not enough), they failed.

If you want to improve Karax then reduce the Reconstitution of Sentinels to 45 seconds or less.

They really are worthless for the mineral cost, more cost effective to spam cannons with a probe.