It has been 20 hours since the last updated info

Said info was Aaron Keller, lead director, making his first (and thus far only) comment on the situation despite being in charge of the game itself.

He had no actual information to share, other than that they’d be “updating us”. They have not updated us. 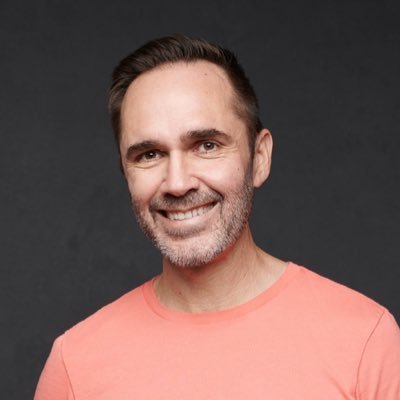 @aaronkellerOW
We’re steadily making progress on server issues and stability, as well as working through a second DDoS attack. We’re all hands on deck and will continue to work throughout the night. Thank you for your patience - we’ll share more info as it becomes available. 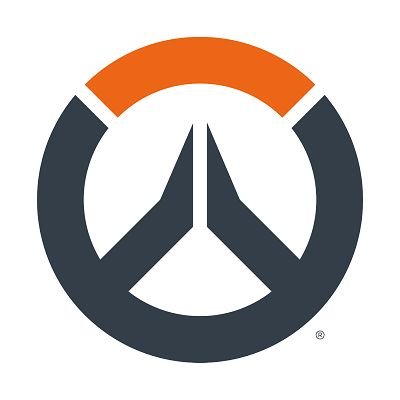 @BlizzardCS
[#OW2] We're aware that some players are encountering an Unexpected Server Error message when attempting to sign in. This is actively being worked on. Thank you for your patience!

There is a “known issues” thread in the bug reports forum. It makes absolutely no mention of login issues. It has been updated once to say that two minor bugs were solved. There has been no further information.

Welcome to Overwatch 2! We wanted to keep you updated on a list of known issues affecting the game. This is not a complete list of all currently tracked issues affecting Overwatch 2, rather this is a targeted list of some known specific issues with this release. Check out our Overwatch 2 Launch Issues post to stay in the loop on upcoming information regarding server stability, account merge, and other launch concerns. Overwatch 2 Status Update - October 25, 2022 Fixed an issue that resulted…

Andy B was here last night, to say basically nothing, and he admittedly did respond when called out (by me, personally) on how the very least they could do is keep reassuring us and letting us know this sucks and that we need SOMETHING. It has been 17 hours since he popped in to say anything.

Have you gotten in? General Discussion

People are still working on the issue.

BLIZZARD PRESIDENT MIKE YBARRA, the guy in charge of the ENTIRE COMPANY, has not updated in 28 hours.

@Qwik
Unfortunately we are experiencing a mass DDoS attack on our servers. Teams are working hard to mitigate/manage. This is causing a lot of drop/connection issues. twitter.com/Qwik/status/15…

Teams are working hard on server issues with Overwatch 2. We are humbled by the excitement of players and will continue to focus on issues and get players into the fun! Thanks for your patience. ❤️

He did take the time to promote an event for getting more artistic talent, 8 hours ago.

@Qwik
Interested in learning how to start your art career in the gaming industry? Join us for this event on October 6th at 1pm PDT. Some of the World of Warcraft team will be there to give you tips and tricks for your portfolio and resume. Register here: lnkd.in/gQjri5Ea https://t.co/KQIPzl3dt4 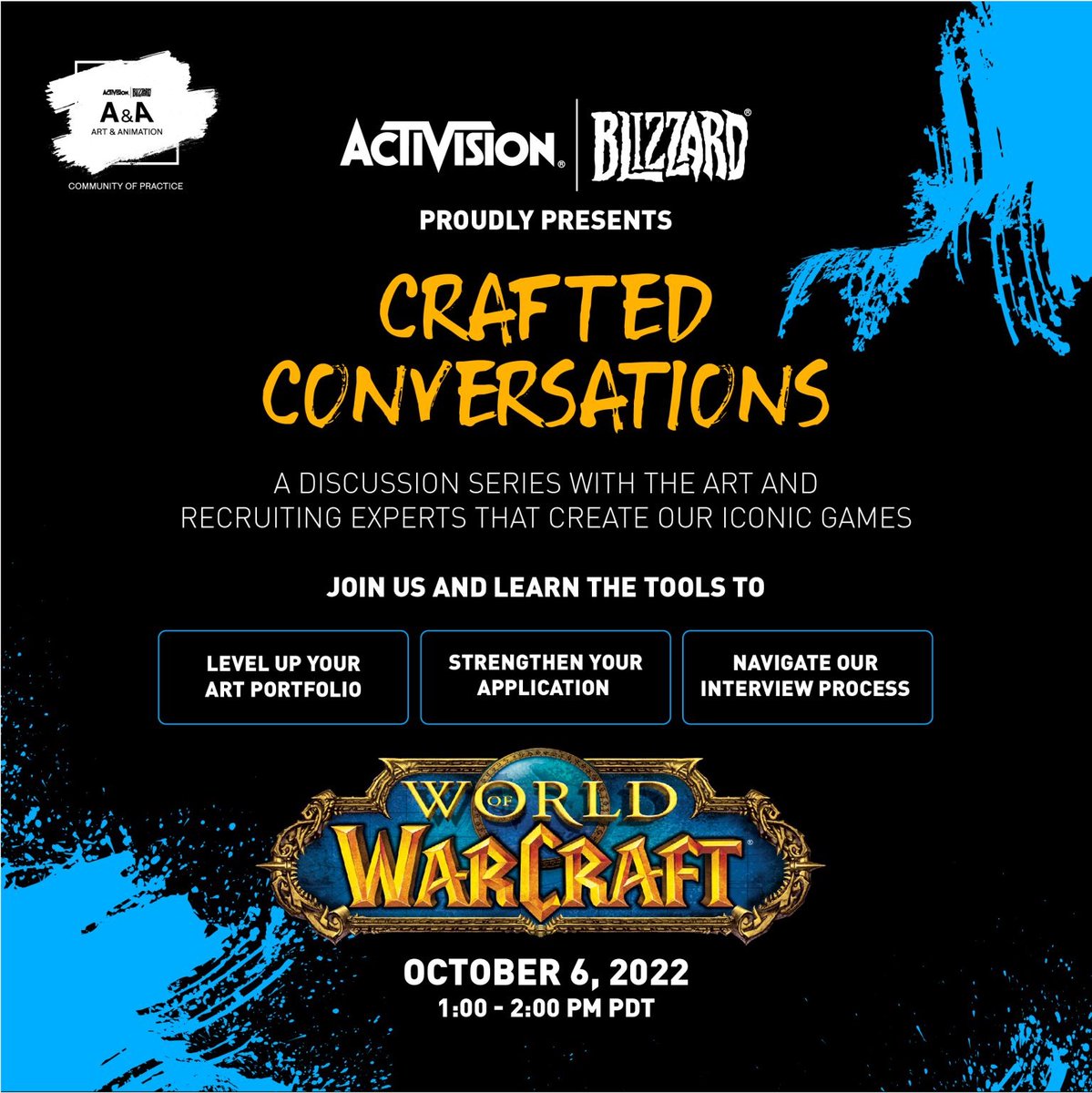 In a dev update in March, Aaron Keller said the following:

“We recognize that we haven’t communicated well having kept you up to date and honestly, we let you down when it comes to delivering Overwatch content.“We hear you and we’re committed to more continual updates on all things Overwatch 2.”

Apparently this commitment doesn’t extend to communicating on the completely botched launch of the game more than one single time over its first 30 hours of availability.

This is embarrassing. This is shameful.

Youre sitting here unable to play a video game where they have people working overtime to try to fix it. These employees are having it far worse than you and youre gonna sit there and call it shameful lol

I really do not care about your view sorry man

They can work overtime and spare 30 seconds every 20 hours to provide updates.

Hopefully they see your post and decide not to

You realize part of the job is to talk to and take care of your customers right? Your prob some 25 year old or 30 year old dude keep your rude comments to your self

For all we know there isnt any more information available

Youre sitting here unable to play a video game where they have people working overtime to try to fix it. These employees are having it far worse than you and youre gonna sit there and call it shameful lol

I really do not care about your view sorry man

Obviously the people doing the work aren’t the people making the decisions of when and how the game actually launches. I’m sure their lives are miserable right now. I’m sure plenty of people knew it was going to be a disaster, and knew they were going to have to deal with it.

My biggest issue with this is they took down a functioning game I paid for access to play in perpetuity and was actually playing for this debacle.

One can sympathize with the devs in the trenches dealing with this while still expressing they’re upset with the decision making at Blizzard.

Debacle is right Hobbes. Every Blizzard release can be summed up with one word. Debacle!

I feel the issue is not that they are unable to provide updates, just that there are no updates to provide.

Posting every hour that are still server issues would not be very helpful.

It would feel better. Some sort of status information is at least concrete information. It’s not open to speculation.

The lack of even a “We have no ETA” is a problem, because it means we don’t know if we should bother trying or not. “We have no ETA” means “Your attempts are probably futile”. Radio silence does not make that distinction- maybe if you keep trying, you’ll be one of the people who actually gets in?

Not to mention absolutely no information WHATSOEVER on why streamers seem consistently able to get in while the rest of us don’t. On why certain people can and certain people can’t. On if we’re still experiencing problems for having a merged account or if that’s not actually a thing. There’s tons of things they could update us on- and yes, lack of new information is a form of update, and it does matter. 20 hours of silence is indefensibly poor communication.

If there’s no new information it would take seconds to say so. What is so difficult about doing that?

I’m so glad someone else said this because I’ve been thinking the same thing. It’s embarrassing for a company this big to have this bad of a launch day, and to continue to not update their player base - and especially when it’s obvious that this game is NOT completely finished / was obviously rushed. The fact that this is a consistent issue for Blizzard launches as well is embarrassing to them as a company, and is absolutely something that should’ve been paid attention to. The fact that streamers and content creators are consistently making it into the game without issues is also a clear indicator of a cash grab and a disregard for the greater player base, because at least the cash cows are in!

If there’s no new information it would take seconds to say so. What is so difficult about doing that?

Well it is seems a little redundant. If you feel it would make things better than sure but I would rather they update us when progress has been made.

Not to mention absolutely no information WHATSOEVER on why streamers seem consistently able to get in while the rest of us don’t.

I would assume it is because of their priority queue.

you really are bootlicking huh? i’ve seen you on just about every thread with a negative view towards the launch of the game.

The implication there is that no progress has been made in 20 hours. Which is also bad.

Breaking news: Both these things are bad.

If progress has been made, we have no idea anyway, because they’ve said nothing.

Are you not able to understand that the absence of information is not evidence that there is no information? Either there’s SOMETHING tangible they can say to us, and they aren’t saying it, which is bad- or there’s NOTHING HAPPENING FOR 30 STRAIGHT HOURS, which is also bad.

Telling us nothing’s different is better than both options!

Are you not able to understand that the absence of information is not evidence that there is no information?

Are you able to understand not every piece of information we do not need to know?

I am sure an IT member want to the go get a glass of water to continue their work, would this make you feel better?

Maybe they fended off some of the DDoS attack but not all. This I would like to know. In fact they told us recently that a second DDoS attack is happening.

launch pre much crap the bed and i not played one game due to stats and everything being gone. so am playing other games and wait for updates but to be real truthful if things are not fix soon i move on to other games and will forget about this game like alot others will. The first issues was taking overwatch down before this game launched and caused alot issues with merge and 2nd have things set in place if they are attack and kill the server and switch to 2nd servers while others are being repaired they are muti millions company. They under played the launch and feeling the burn of it. Just my thoughts.

I kind of agree.

What else are they going to say?

“We are continuing to work on server issues” ?