🧞 (day 384) highlight this Workshopped Sym ult again (along with how I would rework her, expanded*)(again) 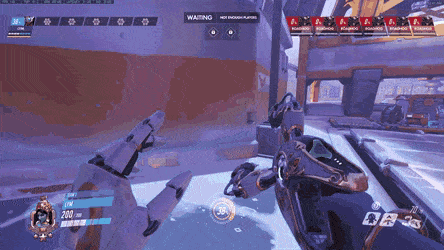 It was just too good.

Hope Blizz thinks about it… along with:

Edit: Honestly I keep expanding and reposting this concept, wish devs would respond and tell me what they think.

I don’t like it.
her wall is much better tbh

(Plus Sombra is more popular then ever.)

I love it.
Just a few questions
Can it be eaten by dva
Can you block it with rein
What if no player is in sight
How much damage does it do

(Honestly I leave that kind of stuff to the Devs to decide.)

Torbs ult can be eaten. Unless you knew that.

The new ult looks like a projectile, so i guess she could…

Then I guess the ball could be eaten. (Honestly, not played as much as I want, but then again, expect 4 Dps snipers and a cowardly tank on my team when I do.)

(kinda why I miss that Photon Barrier.)

Yeah.
Feelsbadman. Why does picking a hero determine win or loss?

Because I only expect to see a good sniper 10% of the time.

Honestly, it gets real maddening, when I see how braindead they play.

(just ignoring that Genji and walking straight to the payload everytime we get near the end.)

(why I miss that old Teleporter ult.)

I like this idea. It has to be her ult.

But one thing: Its a superior version of her secondary. Her right click has to pierce again. It would help against Bunker comps.

This is incredible, I hate it. What do we call it though?

yeah then again, we could just let this ult do that…

Her right click has to pierce again. It would help against Bunker comps

“An Original Thought”, a name I “Brainstorm on the spot”.

Yes. Im in to revert the speed with it.

Honestly I keep expanding and reposting this concept, wish devs would respond and tell me what they think.