Bastion is underpowered / change my mind

Actually yes, he has more burst damage, more range, less spread and has mobility, the only thing bastion has is more ammo and a bit more health.

And there’s obviously helix rocket if they 1v1 so if the bastion isn’t being babied by a entire team comp then soldier 76 is always the better pick.

I’m not doing to get into why storm is better than scatter, but I agree it is overturned right now.

Brigitte can be annoying, but annoyance is subjective, even if the subjective opinion is common place.

I’m not doing to get into why storm is better than scatter, but I agree it is overturned right now.

Can’t say for sure. All I know is these things have been a concern for a very long time, and they took ages to finally address them. Idk why Blizz is this damn slow with everything, is it that hard to code this game?

That’s why I said I agree.

Idk why Blizz is this damn slow with everything, is it that hard to code this game? 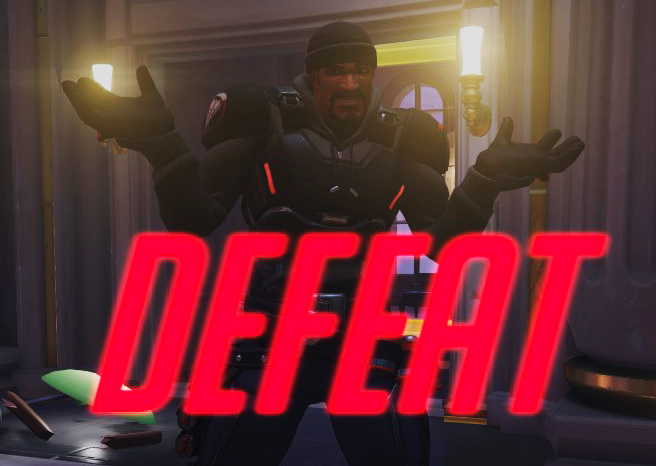 So I need 2 people to make the high skill ceiling even give you any returns. That doesn’t sound like a balanced hero.

What would have been interesting was to create a topic with proofs that he is underpowered with numbers to back them and suggestions to change him.

Poll for non Bastion players for what changes they want

Poll on the old forums for reverting sentry.
Mouse over the number of likes to view total likes and downvotes
Post created by GrantMan in which he tested Bastion’s actual dps vs dps on paper
One thing you have to remember while reading it is many heroes kill even faster than these numbers at ranges in which Bastion is supposed to work as well as they’re smaller and moving so his actual dps vs a real player will be much lower ingame. The tests were done on the training dummies which are massive compared to all 200 hp heroes so the TTK is even higher in a real game.
Bastion megathread #1
This one can only be asumed to have been uncapped because it didn’t lock at 5k posts
Bastion megathread #2
Same with this one

Some of these posts are just about the support people have for him getting a change but the one by GrantMan are the numbers you were looking for.

And yes ChibiFox, I did save this to a notepad for future use

And yes ChibiFox, I did save this to a notepad for future use

Good… I was about to try and make one of these…

Thank you for always fighting for our cause, btw… it really is impressive.

“Bastion is bad because you can’t play him without the help of your team”
you can say the same thing about rein, is he bad too?

The problem with Bastion is his design.
It’s very hard to buff him to make him viable w/o make him OP.
Same with Nerf, hard to nerf w/o destroy him.

There is many hero like that in OW and this is a real problem.

Old Bastion was balanced because every fight came down to who saw who first. Bastion’s high damage output made it easy to fill his role as area denial, but anyone who could work their way around the choke point and get behind him had a huge advantage. He was powerful, but easily countered, and therefore balanced.

Ironclad made Bastion more difficult to counter. It is Ironclad that is causing all of his problems. It is a change that should never have been made. His Sentry mode was perfect before. They should not have changed anything about his Sentry mode when they did the rework.

That is why so many people who actually care enough about Bastion to talk about him are in favor of reverting Sentry mode.

What would have been interesting was to create a topic with proofs that he is underpowered with numbers to back them and suggestions to change him.

Done that already, Terran linked it. It shows his actual DPS values as well as some other statistics to show how much variety he has in his kills. So one test might have taken 30 bullets to kill the target, but another test at the same distance might have taken 60. I think the largest disparity was nearly 100 bullets.

Technically not mathematical proofs, but I don’t think it’s mathematically possible to show if a character is OP or UP. There’s too many outside variables to consider pickrate. For example, Mercy will always have a high pickrate because people just like the character, Bastion will always have a low pickrate because people don’t like him. On that note, Bastion can stay F-tier, we’re not asking for him to be magically dragged into A-tier, we just want him to be consistent and playable.

Bastion by design won’t work on every map and might require a shield to get full value, doesn’t mean he’s underpowered.

We’re not asking that he be super useful on every map, just that he’s playable. I don’t like him on KotH maps, I don’t find him super useful there.

Bastion dealt well over double the damage he does now (because he had better accuracy and headshots) before his rework, and he was still considered a troll pick. The only time we ever had “Bastionwatch” was when he had 35% Ironclad for like a week (a month on console). And even then, I’m pretty sure he was still F-tier, maybe he climbed up to D-tier.

Bastion is only a “Problem” If you don’t care to counter anything, and WM1 into it.

“Bastion is bad because you can’t play him without the help of your team”
you can say the same thing about rein, is he bad too?

I wasn’t aware Reinhardt worked on a single map if he was being pocketed by his team, and even then only worked until you lost a team fight in which case you haved to switch off of him.

bastion op he has a birb

in all seriousness I wouldn’t mind seeing the shield for turret formation comeback at 400 hp with his turret gun no longer able to crit.

with his gun no longer able to crit.

That’s what I meant, his Sentry mode can’t land headshots…

That’s what I’m confused about… Are you saying keep his Sentry mode still unable to crit, but add the barrier, or are you saying remove the ability to crit? Because he can’t do it at the moment, so you can’t really take that away, he doesn’t have it.

his current turret but with shields