About zagara and some nerfs needed to her Q

Anyone else finding zagara’s siege way to high?
I can literally destroy a tower in under the first minute of almost all my matches before enemy even notices, or minions even make it to the gate. While also able to snipe towers from insanely long ranges from safety if need be. Once I get the talent for more charges and reduced cd the siege dmg is just cake, and leads to insanely strong and easy pushes. Dunno about anyone else, but pretty much all other heroes have to put in a bit of work to do what zagara right now can do with ease.
Can destroy a lot of heroes if they rush into me too without considering to dodge her Q while pushing forward.

Either they need to reduce her Q damage to structures by 50% like Li-Ming’s Q and Junkrat’s Q, or augment her CD by 30%.
I’d be down for both.

Yeah no joke her siege potential is way higher than anyone elses with much less effort.

Of course she’s going to get nerfed. It’s not rocket science that her Q build is broken. They’re probably remove the CDR part of her 7 or reduce the number of extra charges given. That or make Q deal less damage to structures. Worst case scenario but not an impossible one, she’d be over nerfed like Falstad or Imperius.

Remove the 2 banelings at once part.

This is indeed just annoying. I remember playing Naz against Zagara and even though Naz is quite “tanky” for a mage I just got melted against two banelings without big effort from Zagara… It felt so unfair and I felt totally helpless, it reminded me on old Falstad.

Imperius is still very strong, and capable of wiping out enemies when played right.

I accepted that Zagara was over tuned when playing with a Diamond 1 Malthael player who said “Please send someone to help me with Zag, she’s a two man job now!”

“Please send someone to help me with Zag, she’s a two man job now!”

I totally can see this, even though I have struggle to see that Maltael example as valid. Sure he’s a great bruiser and solo laner, but Zagara is a heavy ranged assassine, she will kite and harass him to deaths, he can’t win this lane. I am not sure, if it was possible before her buff though.

I struggled as Nazeebo extremely for two reasons:

and with a bit of extra damage by Zag’s AA I have to leave the lane and can’t stand, even though she did almost nothing to win the solo lane. And I am not sure, which hero can stand this heavy pressure… only Gazlowe maybe, because he has turrets and he can absorb a lot of damage. Hogger would be another valid option, but he is harder to use, but he can just use hogwind and reach her.

With some skill and careful plays I would consider Fenix and Ragnaros great against Zag, even though they can’t duel her, because they would never reach her and they are squishy, they can clear waves really fast, so they can stall and stop the push.

Another thing I figured out quite annoying about her makro power with her Q, which is quite spammable and annoying in combination with her global heroic. She feels like pre-nerfed D.Va with Rush-down (4) dealing 100% to siege/minions.

That was the problem with her back then as well when Specialists were a thing. Some said she was nerfed because bad ppl can’t macro but honestly she was so strong that 2 Heroes had to take care of her.
So her power got shifted from siege to tf, but now she’s buffed and can do both.
I can’t recall release Zag, but imo, this is the strongest she ever was.

Yea nerfs will be coming to this hero soon enough.

Yea nerfs will be coming to this hero soon enough.

Don’t worry, she’ll maintain a 50% banrate for about a month after her nerfs until the slower members of our community finally get the memo.
People who don’t read patchnotes piss me off.

I recently saw someone complaining in-game about how Falstad’s W is OP and “wHy hAvEn’T tHeY nErFeD iT yEt?” 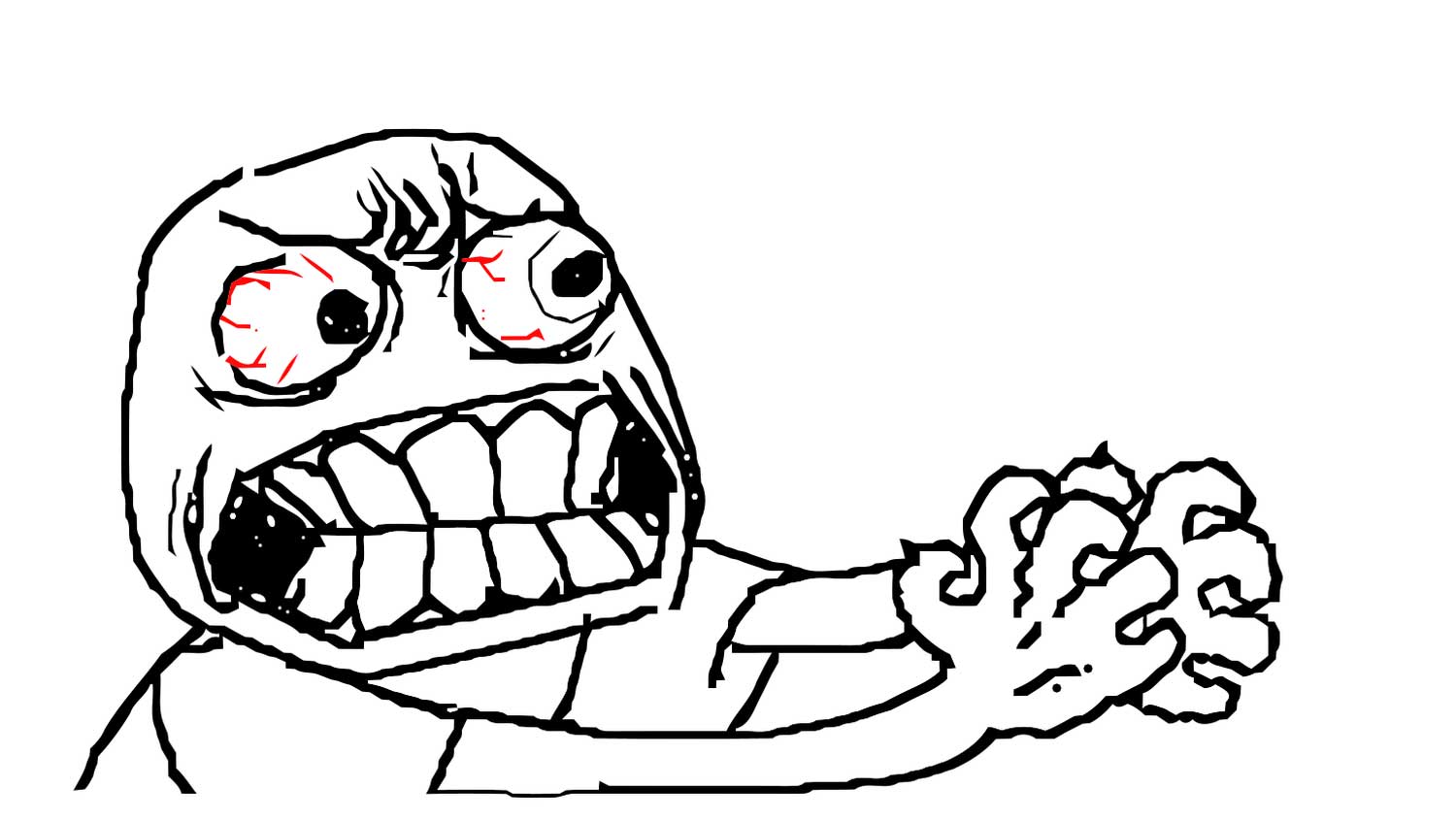 On a partially related tangent, people who don’t read patchnotes piss me off.

People rarely wants to spend time checking that kind of stuff since they dont care or just lazy.

I had the same feeling in Wow. People asking what got buffed or nerfed or what has changed when a patch got out.

LIke why do they spend time asking that kind of stuff when the information is right infront of them to read on main menu.

People are lazy and dumb. Thats how you can sum it up imo.

And when people told them what to do they were called toxic players lol.

WDYM? W build on falstad is still way over tuned. they need to increase it’s cooldown by 8 millenia, and reduce the damage by 100%. reduce the range to .001, and the mana cost is all his mana over the next 60 games. then, and ONLY then, W build is a BIT balanced. many more nerfs needed

People are lazy and dumb. Thats how you can sum it up imo.

And when people told them what to do they were called toxic players lol.

To be fair, you also have people who read the patch notes, and can’t really see what are the impact of those changes. I remember when Sgt. Hammer rework came out, and all the people were glorifying how good the changes were. Except me and a tiny few knew it was a massive nerf. A Hammer main made a thread, and they got ridiculed hard for suggesting it, and of course Hammer’s win rate plummeted which required significant buffs after.

People like yourself who think that even after reading patch notes, you can’t make judgments.

I made the call that the Morales changes were just meh, as people seemed to get really excited, and here she is still not performing that much better lol. In fact still in last place. But to be fair, because of how broken Zagara is, it’s probably screwing with the balance.

I love reading patch notes, ppl that don’t are weird.

Zagara is ridiculously overtuned tho. She didn’t need a buff, just like Valla didn’t need one. Yet for some reason they spent all this time giving her buffs and again ignored heroes that actually are in real need of them.

I made the call that the Morales changes were just meh

You’re right, Volun, but the problem with “you and and a tiny few” is that you don’t really express yourself like the bigger crowd that’s why your voice gets overshadowed. I mean just check the Morales’ part, yes you said “it’s meh”, but you didn’t really clarified what do you think it’s meh exactly or made proposal how to change this, at least I never read sth. from you like that. The only player I constantly read positive or negative feedback with providing data is lucifer. And the devs see it and listen to him, it’s all about how to express the information.

Maybe not a buff, but the changes are overall exciting.

Zagara is ridiculously overtuned tho

Can you give evidence to your claim, because I feel like it’s an exaggeration, but I agree that she is overtuned and should be looked at.

I mean just check the Morales’ part, yes you said “it’s meh”, but you didn’t really clarified what do you think it’s meh exactly or made proposal how to change this, at least I never read sth.

Why would anyone think that? Especially with all the buffs he got. It feels different but overall so much more smooth. You can now E and then Q right after. Do they? She got some mixed changes including some significant nerfs. People should know that her baseline energy regeneration got nerfed, but her level 1s have additional generation mechanics. Her safeguard armor and health also got nerfed. Her main weakness, being unable to deal with AOE damage is still very much a problem, which in a g…

It’s kind of funny looking back. How no one is really complaining about Artanis E like Ngin thought.

I post in pretty much all the Morales threads, one recently that Waterlong did in their proposed rework before this patch not too long ago.

When that Hammer main made the thread, it was detailed and pretty explicit what the issues were. People just didn’t want to believe that she was weaker because rework, wait and see. So I call BS.