After the announcement of the Rise of the Mech update, we became aware of an interaction between SN1P-SN4P and Reckless Experimenter that allows for an early-game infinite damage combo in Priest. As a result of this, we’ve opted to make a change to Reckless Experimenter to go along with the 14.4 patch (scheduled to release June 3) so this combo is no longer possible. We’re also aware of some interactions that SN1P-SN4P creates in Wild when played alongside multiple copies of Mechwarper. We’ll be keeping a close eye on how that plays out over the following weeks. 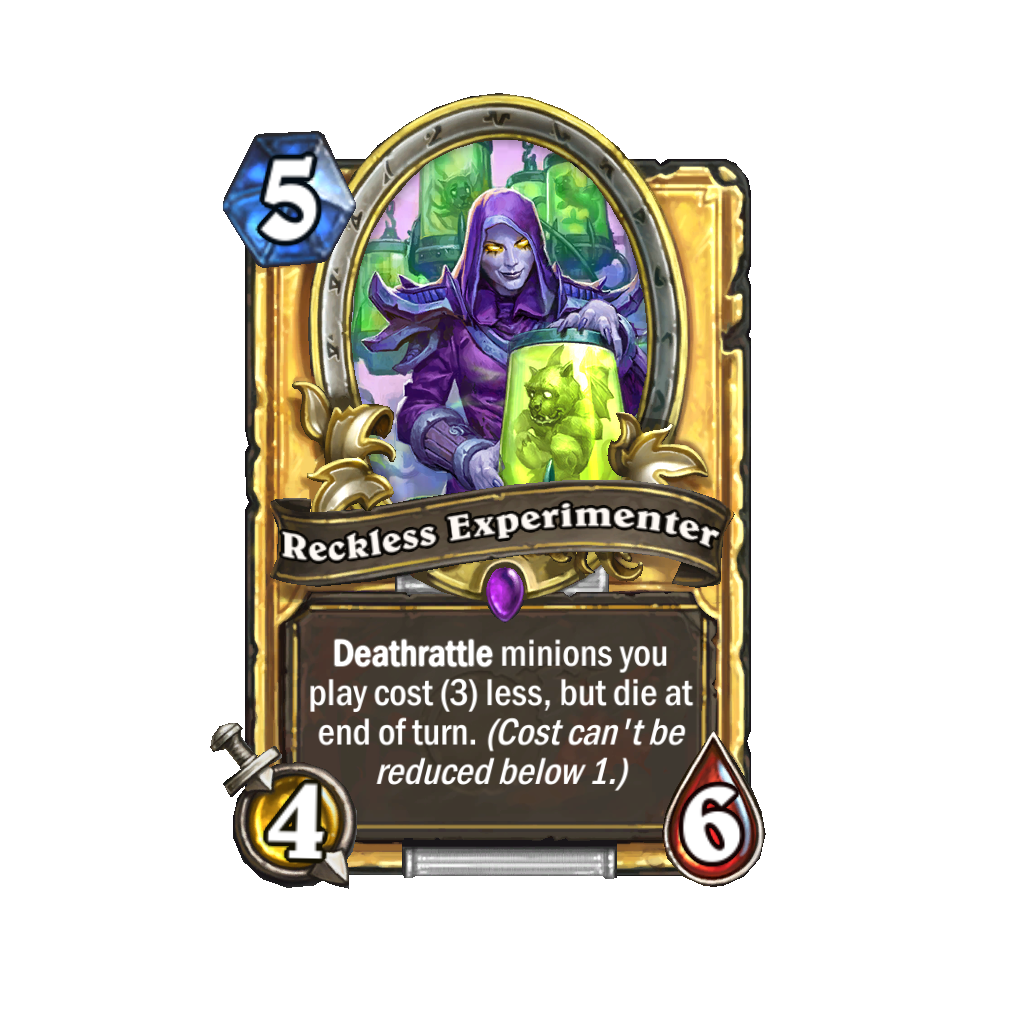 Once the change to Reckless Experimenter is live, players will be able to disenchant it for its full Arcane Dust value for two weeks.

17 Likes
Sn1P-Sn4P Has Been Toned Down
An inconvenient question
Rise of the Mech Update: Frequently Asked Questions
These new cards are really nice!
Wardrum-1200 24 May 2019 18:44 #2

Well played, guys. This was going to be obnoxious.

I would’ve prefered something along the lines of “(except Echo minions)” as this overdoes it, but it’s certainly way better than no change at all.

So does that mean Rekless experimenter and mechwarper = free snip snapps?

How? The combo doesn’t need any 0 cost deathrattles no?

It’ll still be powerful in Wild with Mechwarpers, but getting three Mechwarpers on the board at one time is much less likely than one Experimenter.

Snip snap might still be a powerful card going forwards, but limiting the ability to go infinite is a wise precaution.

On one hand, I’m upset that a card that saw no play got nerfed, on the other hand… It saw no play.

I am glad this was address before being released.

sn1p sn4p is just hilariously overpowered, it doesn’t need any combos. It’s a shame that the card wasn’t made into something sensible instead of ruining an old wild deck (mechathun priest).

Thank you very much, I wasn’t looking forward to any turn 4 otk business

The dream is dead guys

Clearly I left my math at home today… Thanks haha

Called it. Exact change I said.

I guess Priest will still be irrelevant till next expansion