Hi Everyone, I asked Blizzard for an opportunity to “officially submit” suggestions to improve Diablo 3. I started a document a few weeks ago listing everything I could think of, then looped in my buddies at Maxroll and many other content creators/players. There’s one final step though: getting YOUR feedback.

Please read through these suggestions and post anything we missed. Remember that we aren’t listing any class specific things as Blizzard will address those season by season. I will read all suggestions on the official forums, Reddit and YouTube before officially submitting it to them. Thanks for helping make the game great before we move to D4!

Here are our suggestions to improve Diablo 3. They do not include class-specific changes as those are being worked on each Season. They are divided into 4 Tiers:

Note: Don’t make this so strong that people farm vaults all day.

Here’s a broken link to the document. Paste it in your browser and add a “h” at the beginning for access: ttps://docs.google.com/document/d/1X05CIfmVoxrZjtSCUDRZi4X_jwpx9bJEaxODel7ERWU/edit?usp=sharing

Raxx, I just wanted to say thanks for all your hard work over the years. I just finished watching your latest video where you go over all of these proposed ideas. Great stuff.

I honestly cannot think of a single idea you have that I do not agree with. So much crap I have been thinking for 10 years – why the hell does my follower do 0 damage? Why are there so many useless legendaries in the game? Why have no new Cube recipes ever been added? And on and on and on.

Great job, buddy. Let’s cross our fingers and hope Blizz implements some of your team’s ideas.

Agree to all of it, it all sounds very logic, but also has been asked by the community in many qol requests on the forum. I am afraid tho the D3 ship has long sailed as it has been in classic game department and these qol updates only 1 or 2 will be implemented per season of 4 months.

For the love of god, fix regular gem leveling on console. Spamming A or X for 30 minutes to get rid of marquise gems is not fun.

Also ban all the cheaters on Xbox cheating in primals.

Yeah, I doubt they will spend much resources on a decade+ old game when their new and shiny sequel is almost at the finish line. Not that I would mind changes, I just don’t see it happening.

Great effort to improve D3. It will stay around just as D2 was and is. I just hope Blizzard has the wisdom to turn D3 into a timeless piece of gaming art, the game definitely has the potential, and it provides something different than what D2 did and probably what D4 will have to offer.

I just hope Blizzard has the wisdom to turn D3 into a timeless piece of gaming art, the game definitely has the potential, and it provides something different than what D2 did and probably what D4 will have to offer.

Or you know, they can just stop D3 development once D4 is out, wait for another 5 years, and then announce D3 Revived on D3 15 years anniversary for another easy $40.

By the way, another WoW classic expansion is out. Easy $$$ for Blizzard.

A direct link to your document

You know this is against the " Code of Conduct" …
This will be marked as spam or either against the law of petitioned help from others.

You didn´t try to show some flaws, but want them to take actions, wich is the differance. 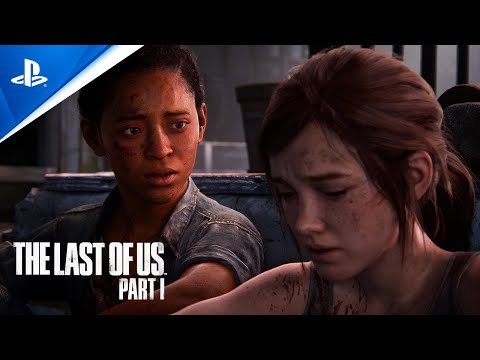 BUMP, watched the video, so BUMP

No thanx. This will take away possiblity to use followers as mules for gear.

So the idea for challenge rifts “being to difficult” because someone just slapps a build together to do Grift 45-60 is to “make Challenge Rifts more difficult by choosing some build from the leaderboards and hope everyone has the same skill level”.

Edit: This smacks of elitism! You’re tired of changing how you play to play somesome slapped togehter build and hope that your “amazing clear” makes a challenge rift so you can show people how awesome you are.

Yeah, I’d like some of my builds chosen for CR’s too. But let’s play your idea out.

A lots of great ideas. I’m a casual player. Can we have some buffs pls? I play about 1-2 hours a day. Nowhere near a 100 rifts just to warm up. It would be nice if we have a better drop rate or some other help so we can enjoy the game a lot more.

Nice to have - When you leave game, and attempt to join a NEW pub game, de-prioritize getting the same exact lobby. I have played pubs where I’d like to join a different group and keep getting placed into the same game with the same people.

When you leave game, and attempt to join a NEW pub game, de-prioritize getting the same exact lobby.

Yeah, because you know D2 gets no love anymore. /sarcasm off

I think you missed the point of removing the all or nothing aspect of the CR. His suggestion is to give rewards based on how close or even beating the original run you can get. It is not so bad as you make it out since you know all the variables ahead of time and can try multiple times. This is one idea I would like to see come to live.

I didn’t miss the point of anything. But just in case I am, answer my frickin’ question: What GR tier are we talking here?

Like I said, it sounds to me that folks just want to make CR’s the exact same as Running GRifts with the same builds over and over again.