And it keeps it away from Nightborne aesthetic which I prefer. 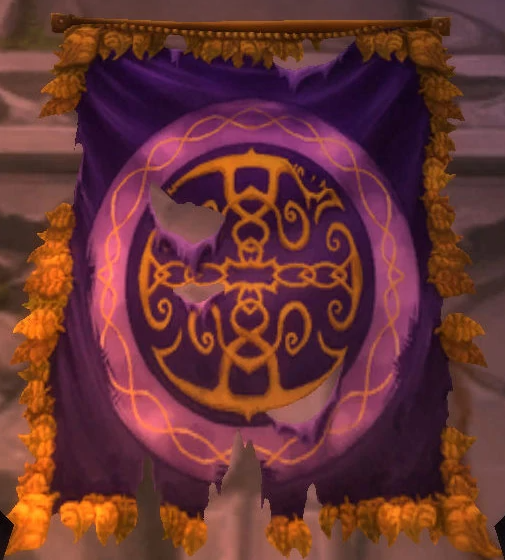 The Shendralar color scheme seems heavy on royal purples and gold. The court of farondis was sort of like this but with teal-y blue.
Maybe something like this? Same belt for reference. We don’t really have a lot of these colors that match the same scheme :S I don’t wear jewelry much irl but goodness I’d make an exception for that!

Is that the symbol of the Shen’dralar?

We need a Shen’dralar tabard.

Yep! It’s similar to the Arakkoa outcasts, council of exarchs, dreamweaver’s initiate, and ren’dorei tabard colors.
Fun fact, you used to be able to become exalted with the Shen’dralar! I thought this was neat and sort of sad to remove. 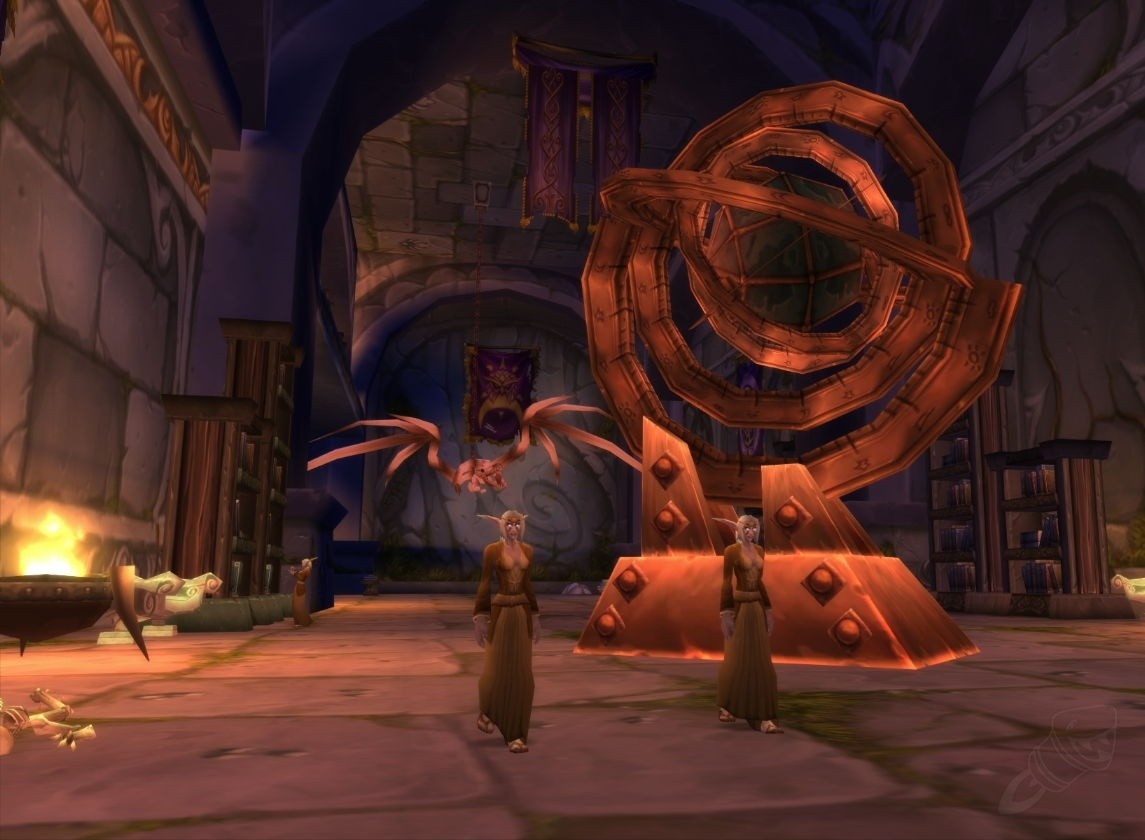 Everything there is to know about the Shen'dralar, an obscure Highborne society. Includes how to reach the quartermaster and questlines for Dire Maul class trinkets and Dire Maul librams.

Yes, the Nightborne did originate as Highborne. However, they’ve long since evolved from that.

What the Nightborne evolved from was being mere Night Elves, but they will always be Highborne in their status, as well as their culture and traditions that they’ve always upheld.

On the other hand, the Shen’dralar have been assimilated into a society that does not recognize their status as former Highborne, as they’ve done away with the pre-sundering caste system and their values are not in line with what the Highborne represent. There isn’t going to be a resurgence of the opulence and haughtiness that is hallmark to the Highborne in Night Elf society. 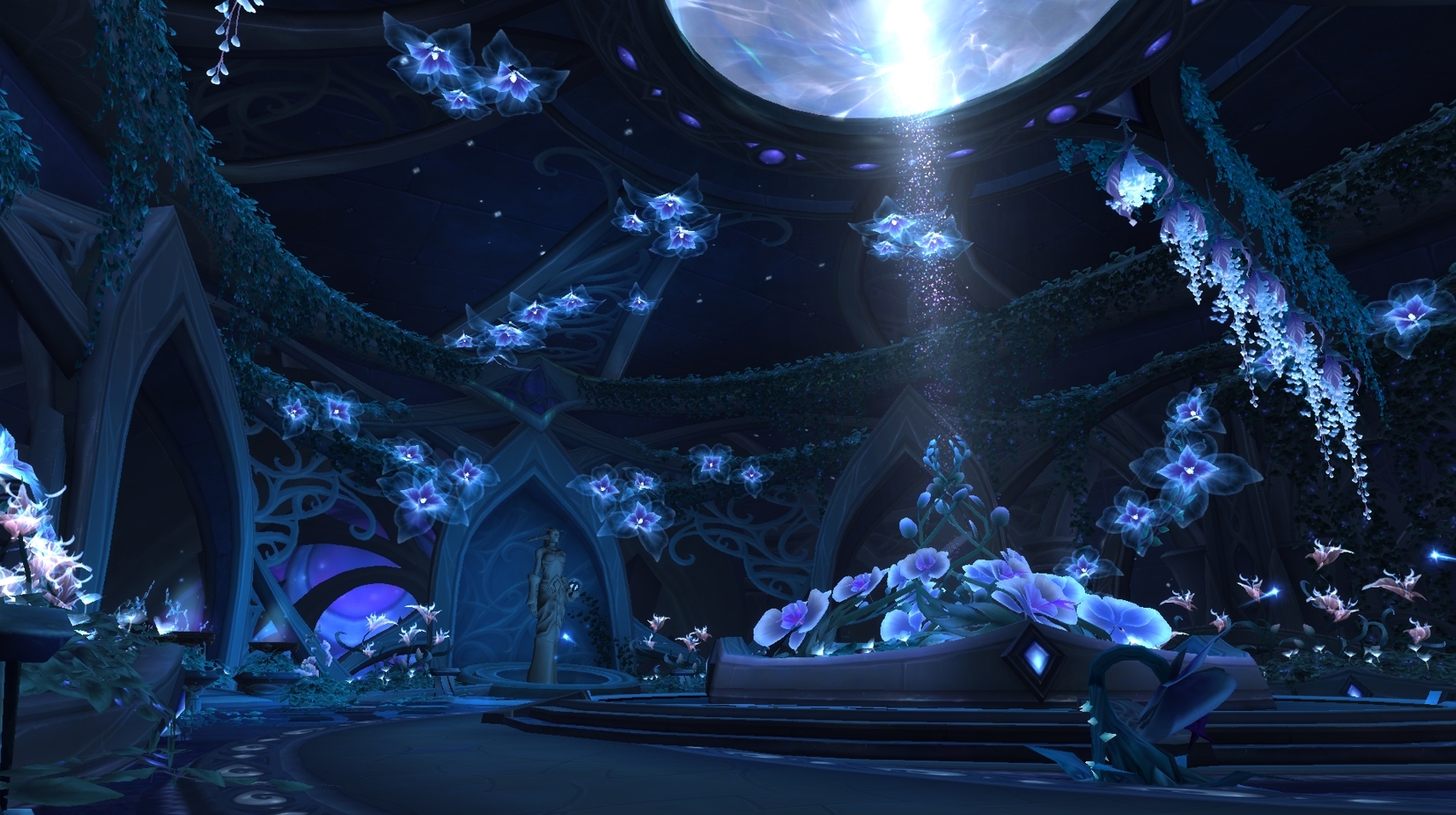 I think it’s important to remember the the tomb of sargeras/cathedral, Suramar, Azsuna, and Nazjatar are newer representations of ancient Kaldorei society, which may also tie into Shen’dralar society. Great temples in devotion to Elune and other fonts of magic. These people were similar enough to have the same types of architecture and design.

dang that is beautiful

I agree! I absolutely adore this design and it really shows how much love they put into this raid/dungeon. Hopefully Teldrassil’s downfall will lead us to something new and beautiful, with aesthetic character design to match.

On another note so I’m not just adding more random posts about one type of character, it also seems important to acknowledge lore and not just try to scrounge for things that apply to a broad spectrum of players and similar playable races.
Especially where NB and NE are concerned. Most of the rebels that were freed probably weren’t those upper class, snooty highborne. They were the ones cast aside, fighting not to wither. Many like Thalyssra probably do call back to their heritage. They were on the fence about their potential allies in the Kaldorei and Blood Elves. But of course, Tyrande being… who she is. lol. Those rebels do have a lot in common with BE, but they also have a lot in common with NE.

Was watching my all time favorite cinematic again and figured I’d post it to this thread given I stick to only a few threads now. Not replying or joining ongoing conversations here, but posting: 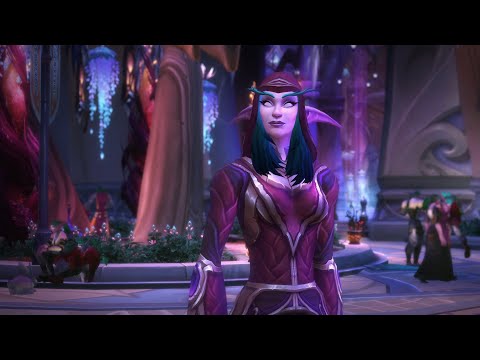 This got me super excited about Nightborne. Voice actress blew me away especially at the end. I hope they continue to take Nightborne feedback, they have some rich lore.

Wow, Nightborne architecture is amazing. Thanks for the reminder.

It’s been a while since I’ve done the Tomb of Sargeras raid, but you’ll find all of those motifs and designs all over Suramar.

I understand what you’re trying to say, here, but this isn’t “Nightborne” architecture. It’s Night Elf architecture. Suramar was built in Night Elf society. Those people became Nightborne. They’re the same people lol. Even in Fallynn’s video post, you can see this

Please do try not to twist the lore for selfish reasons. We all play the same game. We can love the same game and themes without trying to do this.

We can love the same game and themes without trying to do this.

We sure can. I wished more people could see this.

I understand what you’re trying to say, here, but this isn’t “Nightborne” architecture. It’s Night Elf architecture. Suramar was built in Night Elf society. Those people became Nightborne. They’re the same people lol. Even in

The architecture you cited is uniquely Suramarian (yes, that’s a word), which has been under the ownership of the Nightborne for 10,000 years. It’s Nightborne architecture.

Nowhere else in Azeroth will you see architecture of that nature. Not even in the preserved remnants of the Temple of Elune in Val’sharah.

As evidenced by the bubble barrier around Suramar city, this particular architecture was outside the bubble where the Nightborne lived. Here’s a fun image as proof from my favorite nightborne! Meaning that the raid and dungeon were outside their society and built before Nightborne became a thing. 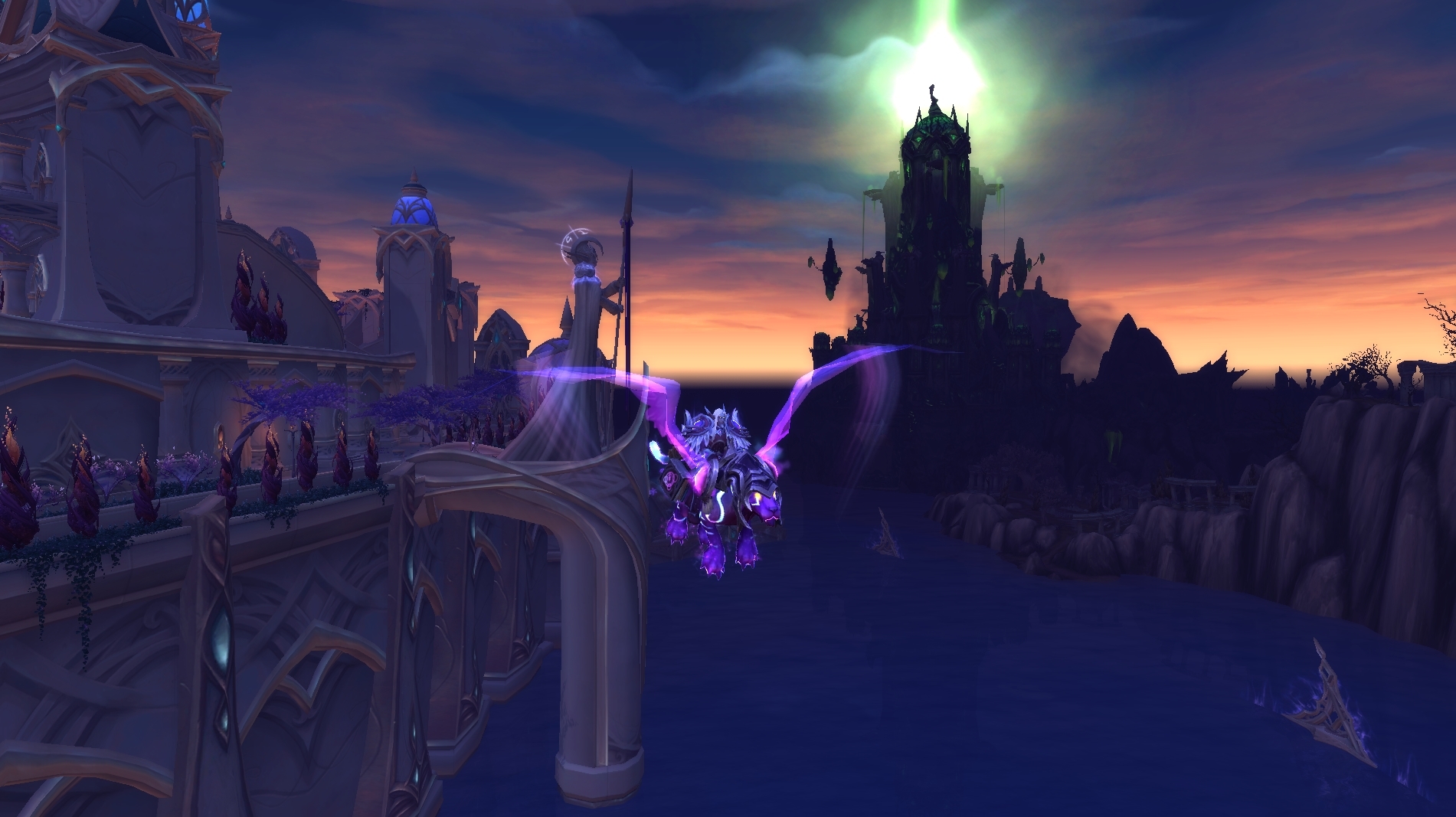 Suramar city is the only “Nightborne” area. The only thing in this bubble in the low-middle center of the zone. Please stop

Your “facts” are incorrect. These nightborne that we saved during the invasion were less snooty nobles and more withering rebels and innocent civilians. Remember that Thalyssra and all the others were night elves living in night elf society became nightborne through time. 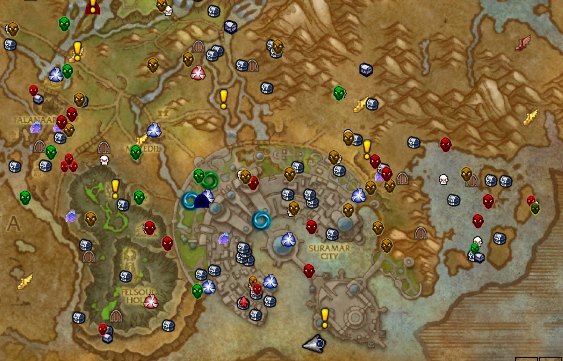 You’ll literally grasp at any straw…

There was a formerly bridge connecting the Nighthold to the Temple of Elune (Tomb of Sargeras). The only reason the Tomb of Sargeras wasn’t inside the bubble was because it was sealed off and submerged to the bottom of the sea.

Did you not know that Suramar was the former hub for worshippers of Elune? The architecture featured in the Temple of Elune and Suramar are one in the same.

I’m not going to try to keep proving to you what the lore was as you’re ignoring it entirely, especially in a customization thread. Please do remember that there were no alliance or horde back then. We have nothing to disagree with because the bubble is clear and if you did the questline, you’d know this. Even watching that video shows. I’m not grasping for anything.

We’re not enemies here, so you don’t have to continually say I’m wrong just out of spite. So have fun with this argument that shouldn’t even be I guess. I loved nightborne immensely in Legion and I still do now.

Meaning that the raid and dungeon were outside their society and built before Nightborne became a thing.

The architecture may predate their becoming Nightborne, but to claim that a people who in all probability built Suramar as well as its former Temple of Elune, somehow don’t have ownership of the ancient architecture that appears only in Suramar, the Nightborne capital, is ridiculous.

Please take a look at Nazjatar or the ruins of the court of farondis then. But really. This isn’t the place to “debate” lore that is already set in stone.

Nighborne were Night Elves. They didn’t suddenly pop into existence. Just as Night Elves were dark trolls. Even blood elves stem from this culture. Again, I love these characters and everything about them. I love this game, and I assume you do too. There’s no reason to be opposing forces.