This Queue Time is Pathetic Blizz

Edit(2): original post below but I have since seen the error of my ways. I was the problem!!! Scroll to around post 249 or 250. Sorry guys. I changed sides and anyone who is not on my side now is TOXIC.

original post:
7k+ In queue is pathetic. You guys are utterly incompetent. It has been 12 years and this is the second release of the same game and you can’t even get it right the second time. Do your jobs and stop wasting our time. Pisses me off we actually pay a monthly fee for this.

Edit: This is not a player created problem. I have been on Grob since the first day. I don’t blame other people for wanting to play on a well balanced realm with a strong population and faction balance. Blizzard understands this. That is the point of an mmo.

Blizzard has the technology to link the realms like they do in retail and classic bgs. They have had the opportunity to expand server capacity in anticipation of the launch but they haven’t. Instead, they place it on the players to solve their own problem they are too lazy to fix through free faction changes. This has created a very toxic atmosphere where we are at each others throats.

What happens when the realm the player transfers to dies? They spend more money to faction change to a realm that isn’t dead. It’s a money grab. And there is no reason realms should die. Blizzard has the ability to fix these problems. They have the ability to prevent realms from dying by linking or merging them with others on an active basis.

7k+ In queue is pathetic.

Here, this video should last most of your wait time: 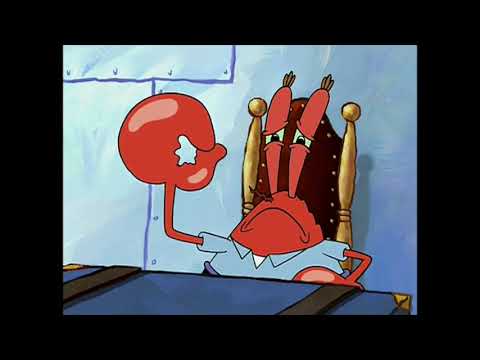 I decided to roll on Grobb due to enjoying WPvP encounters and wanting something more balanced and the long queue times def. hurt

I wish there were more balanced servers to transfer too, I 100% would but when you’re just stuck with one option it’s hard to justify moving around.

I wish there were more balanced servers to transfer to

I decided to roll on Grobb due to enjoying WPvP encounters and wanting something more balanced and the long queue times def. hurt

I wish there were more balanced servers to transfer too, I 100% would but when you’re just stuck with one option it’s hard to justify moving around.

Yeah, Blizzard has done an absolutely shameful job at maintaining balanced population distribution. They can and should step in to start balancing things out.

Regardless of server population, in 2022, servers should be able to handle this load without any issues.
No one should be defending Blizzard on this.

they have ques too so guess your out of luck

This is my point. They are a multi billion dollar company. I don’t care what server you are on. They are not doing their jobs and they are not respecting their paying customers. I can’t no-life it and log in mid-day to get in. I work. This is pathetic.

Its not just one server that’s the issue… Its weird because there wasn’t a que when prepatch launched but now there is? Why…

This might not be a permanent solution as I agree Blizzard should do something on their end, but if you use Google Chrome you can get the Chrome Remote Desktop app on your phone and from your work or wherever you are you can control your PC and stay in queue so you can play by the time you get home.

I’ve been doing this recently as I don’t have all day to log in and wait either, and as a bonus you can keep remote connecting to jump around and Anti-AFK every now and then to prevent getting kicked back out.

It’s not too difficult, it’s just an app that you can connect into with a click of a button. Controlling the PC is really easy too, but for some of us who have long work hours I think it can be a blessing to pop open the queue on your commute back home so you’re ready to play as soon as you get back.

Please do not speak ill of the multi-billion dollar corporation guys you’re going to hurt its feelings.

Regardless of server population, in 2022, servers should be able to handle this load without any issues.
No one should be defending Blizzard on this.

There’s no upper limit to how many people a server can handle with layering. That doesn’t mean that it’s a good thing. People are finally feeling some of the discomfort they caused by knowingly overcrowding the biggest realms. For the few people who people who genuinely just chose these realms for no reason other than the cool name or realm type, I feel for.

However, I have absolutely no pity for the people who knew what they were doing and are now throwing tantrums on the forums as if it’s somehow Blizzard’s fault. Blizzard is guilty of a LOT of cases of mishandling the community, but queue times are not one of those cases.

bold of you to assume they actually read the forums.

Even if they don’t read the forums I’m sure they can still feel it telepathically.