The Colossal Failure of Locking Servers

It should come as no surprise to anyone that Blizzard has bungled this issue of locking and closing certain servers as WOTLKC prepares to launch. However, despite our knowledge that Blizz was likely to screw us over somehow, several friends and I still find ourselves in a position to be bent over and taken advantage of. Here is the situation:

My guild decided to transfer from Sulfuras to Whitemane. Sulfuras was dead, around 1k players and very hard to fill groups for anything. The decision was made to transfer when prepatch launched. Most of the guild did so on pre-patch day, though most were only able to take their one main toon over. However, a handful of us, including myself, were not at home to make the transfer on pre-patch day. I attempted the following day, LESS THAN 24 HOURS LATER, to transfer and Whitemane had been locked.

No warning from Blizzard, no communication, just locked. So sorry all your friends are on a different server, we don’t care. The purported “reasoning” behind locking Whitemane, along with a handful of other high population servers, was to deal with long queue times. Only problem is…WHITEMANE DOES NOT AND NEVER DID HAVE QUEUE TIMES! Other large servers did but this is irrelevant. Whitemane should not have been lumped in with those other servers before it was actually an issue.

BUT IT GETS BETTER: Blizzard then offered FREE TRANSFERS TO SULFURAS for everyone and their mother. Since pre-patch, Sulfuras has had OVER 40K character transfers. We went from a server with very low population to an extremely crowded server. We went from a server with virtually no alliance population to one that is now 65% alliance. In fact, Blizzard allowed so many transfers to Sulfuras that it…wait for it…NOW HAS A QUEUE!!!

What is the end result of all this whining on my part? I hope someone from Blizzard will see this, take pity on me and the few people trapped with me and allow us to rejoin our friends and guildmates. I hope Blizzard will realize they rushed a solution to a problem they allowed to happen in the first place…and then didn’t even prevent the problem from happening again elsewhere.

I have put almost 3 years of time and effort into this game. I have real life friends and friends made along the way in WoW in the guild I am trying to rejoin. I have ZERO interest in starting over for Wrath with a new group of people I do not know. If Blizzard does not find a way to fix this problem, I will be cancelling my subscription and simply walk away from the game. The same goes for the few people trapped on Sulfuras with me.

I really don’t want this to be the outcome of all this, but I will lose all interest and passion for a game I love if I am unable to play with friends. Which is kind of funny, considering that long post about the changes Blizz was making a month or two ago, where they listed relationships and community as some of their top reasons for making the decisions they did. How about some consistency here, Blizz? If community and cooperation really matter that much to you, help us rejoin our guild on Whitemane.

And then on Skyfury they waited until 4-5 hour queues became the norm until they decided to lock it.

They make all their decisions based off of a magic-8 ball on the desk. There is ZERO consistency between how they handle one issue to another - one server to another - etc etc

It wouldn’t be so bad if they just communicated things ahead of time but the company doesn’t give us much to work with. And I’m baffled by the fact that they’re never prepared for a surge of players at the launch of prepatches/new expansions when it happens every. single. time.

I want to have sympathy; however, the fact you were trying to transfer to a 99% horde pvp server kills it.

The same server I had to pay to transfer 3 characters off of due to not being able to play on anymore. I left a balanced server and came back to being outnumbered 99 to 1.

They need to fix these faction imbalances.

someone state how you think the decision to lock a server is made.

does the old sleepy maintenance guy sitting at the desk see the population gage go into red and he hits the “lock” button? Does the young lad with the stack of papers burst into the office with double doors shouting the end is near? or is it more like this? 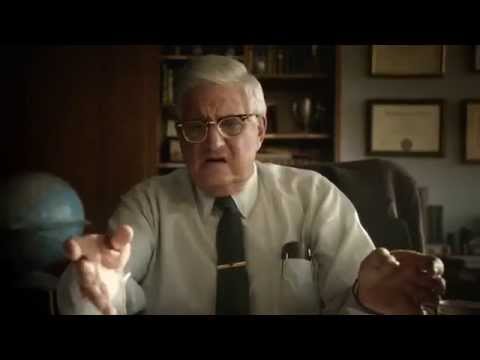 These threads are pointless. Blizzard knew when they started locking servers they were going to split friend groups and piss people off. Its why they held off on it so long.

These forums: Blizzard knew Wrath would overload the servers and should’ve locked them before the queues started!

Also these forums: Blizzard has made a “colossal” mistake locking these servers!

They could have announced what they were planning in advance so people could avoid having their groups split. No communication whatsoever, and they completely ignored the server population issue for the entire TBC expansion until the very end. They could allow refunds for people who recently transferred to fix the issue, to allow groups to rejoin. They do not seem interested in doing so.

I would argue the opposite.

They should have locked realms long before queues became an issue.

Its a compounding issue of blizzard allowing servers to get too big and players all flocking to the same place.

If blizzard had capped servers initially at 5k/5k, none of this would have ever been a problem.

The thing about this is Sulfras was also a 99 percent horde server before they opened it for free transfers. We had played on this dying server for months unable to recruit and fill the ranks. We missed raiding several weeks due to one person not being able to make it. We decieded to trransfer a couple of months before pre-patch. The day we started transfering they locked out the server and only half of us was able to make the move. If we knew they where going to open up sulf to have free transfews to it, we would have not moved. We all paid to move and we aren’t able to even go back so are guild can be whole. Blizzards lack of communication has messed up our guild. Blizzard is one of the largest gaming companies in the world and should be better than this. I know myself over the years I have spent several thousands of dolloars on wow and other games made by blizzard and I am about to walk away from it all.

I think the worst part about this is your friends now have a transfer CD, so even if you guys decided to bounce to old blanchy or something you can’t

Its a bug. These are the servers that are supposed to be locked.

I don’t know what’s going on at Blizzard… I want to say it’s extreme incompetence for them to let this get this way.

It seems they want to make videos more than they actually want to manage this game and create a healthy player environment.

I paid to transfer 3 characters from Sulfuras to Whitemane and now our guild is cut in half with no resolution available. Blizz should either refund our transfers and revert our characters back to Sulfuras or lift the embargo from Whitemane to allow the rest of the guild to move.

Why wouldn’t you all move at the same time to avoid this?

Amen. Half our core raid is stuck on sulf still after the other half had already transferred to whitemane….

please open sulfarus. My bro needs to xfer off benediction or make a new char at the very least. PLEASE

Blizzards lack of communication has messed up our guild.

I’ve been thinking about this, I remember there was a Blue post saying something along the lines of that they could open/close servers at anytime with no warning.

I suppose a reason for the lack of communication is deliberate as they don’t want people to transfer in a last ditch attempt to get onto a server and possible cause a ton of issues they were trying to resolve by locking the servers in the first place.

If they said that Sulfuras was getting locked, there could of been a surge of transfers as people make that leap if they hadn’t yet taken the free transfer to begin with. If said surge of transfers just causes a ton of issues (especially if Sulfruas was already getting large queues) then the point of locking servers (to stop transfers) is nullified by the fact that announcing the lock beforehand just causes a surge.

Obviously just a theory, it could be that they’re really just fumbling hard as they’re trying to get as many people playing without servers dying quickly after the surge dies down leading to free transfers, server merges or people using paid transfers.

Your friends should transfer off the locked server.