Seriously folks, dont waste your time arguing with this person. Theyre one of like 3 different trolls going to every soar thread to make up nonsense scenarios to justify ruining yet another expansion. It doesnt do to argue with someone who is doing so in bad faith.

Because they want a reason to piss on Blizzard, and this will do it.

Give it a month, then none of them will be giving a toss about it, because that’s how long it takes for someone to stop caring about something that doesn’t directly affect them, and this nerf won’t affect them at all.

Aaand there you have the actual problem at hand. This person is only here to whiteknight Blizzard and doesnt care that the change to Dragonriding and soar has been panned by everyone testing it.

You can check the alpha forum, youre full of that stuff Tauren fertilize their fields with and you know it.

Here’s a well known alpha tester that agrees with the soar nerf: 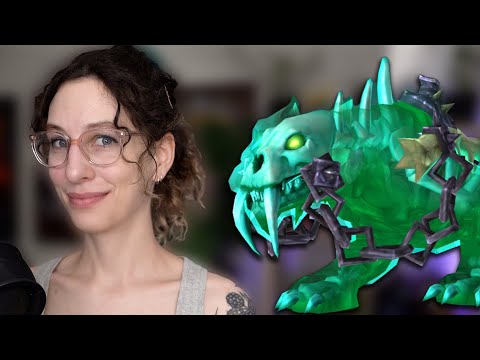 Shhh, you’re going to make him explode if he has to understand that not everyone who disagrees with him is trolling.

And heres a list of all the actual feedback for people interested in something other than the opinions of angry trolls.

It perhaps has to do with the amount of time walking world content that has been data mined. I still think it is only an issue if dracthyr were a race that could be many different classes, and people felt compelled to race change.

And heres a list of all the actual feedback

Here’s another tester that agrees with the nerf: (i thought you said every alpha tester disagreed with the nerf)

I personally thing it’s fine. People are complaining about the change for the sake of complaining. What arguments are there for it to be 930% instead of 640% that also can’t apply to it being 1337% or 2560% ?

Im not cherry picking to support anything. I offered the actual feedback. You can troll as hard as you like, it makes no difference to me lol

You’re literally cherry-picking by only showing a thread posted by someone who agrees with your view. Not cherry-picking would be posting a link to the alpha forum and telling people to go there and look at the threads showing people disagreeing with the nerf.

I offered the actual feedback.

Conveniently ignoring the fact that not all alpha testers hate the nerf. The youtube video even goes into more reasons about why it was neccessary.

Disagreeing with you isn’t trolling.

The speed was never the issue, not at all.
The issue has always been the absurdly long 5 min CD.
There has been WIDE support for reduction the CD, and that’s gone completely ignored…

I don’t think a CD reduction is advisable either honestly.

Because that’s going to put a lot of pressure on people to roll a Dracthyr even if they’re not interested in that race/class (since as we know, at the moment Dracthyr can only be one class, although that may change later) simply because it’s going to be the superior option for getting around the rest of the world, especially if you have to travel long distances across multiple zones or really large zones.

Hopefully (and this really is my genuine hope) Dragonriding is received well by the bulk of the playerbase and Blizzard decides to make it evergreen content like Soar will be. Right now that’s not determined yet, it will depend on the feedback the bulk of the playerbase gives to Blizzard. If Dragonriding does become evergreen content, then I think they’ll reverse the speed nerf.

What factor of power does moving faster out of combat grant players?

Ask the anti flyers, they talk about that all the time.

Mkay. I literally linked ALL the feedback and you cherry picked a single person but whatever. Enjoy your attention seeking thing I guess.

If they brought Dragonriding to the open world outside of the Dragon Isles, then they’d be REQUIRED to remove the CD entirely. Otherwise, there’d be zero reason to ever use Soar because Dragonriding would simply be infinitely better in every way.

No, 5 minute CD is not fine. It’s way too long, my Dracthyr shouldn’t have to wait that long to be able to use its wings.

Make non-Evoker Soar equivalent to a standardized Flying Mount and sure, we can nuke the CD. Give it the Running Wild treatment. Leave the aerial stunts to Evokers.

Nobody is coming to take your 18 year old flying mechanic from you.

Even with the CD removed and speed nerf reverted Dragonriding will be superior anyway, because Dragonriding allows you to recharge vigor and has advanced abilities that Soar doesn’t have.

A Dracthyr with a choice between using soar and using Dragonriding will likely pick Dragonriding because it is simply going to be better. Soar is a gimmick, a bit of fun flavour. In Dragonflight zones I don’t think players are going to be using it all that much.