The Silver Circle is a guild of keen-eyed kaldorei who stand vigil over their people, ever alert for the rise of new enemies or the resurgence of old. We stand ready to heed the call to arms against the foes of the Alliance or those who despoil nature or corrupt Kalimdor.

We offer a friendly and intimate atmosphere, where guild members and allies are engaged and work together to help add to the guild story and the overall feeling of immersion in the role-play community. We strive for an open, pleasant, and fun environment, and welcome members who will add to this, and embrace the tone we already have. 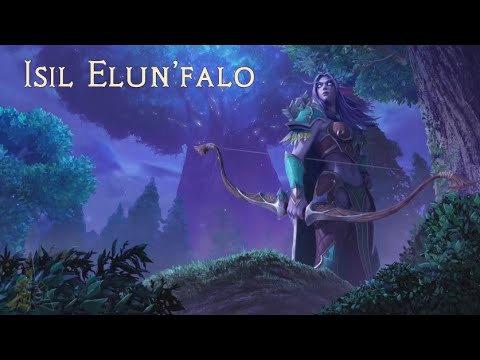 Defend the Kaldorei
Stand in defense of the kaldorei people against internal or external threats.

Uphold the Oath to Elune
Cleanse threats to nature or the will of the Goddess.

Out-of-Character, members also follow a code and set of core values. Specifically, members are expected to set an example of good role-playing and social integrity. They seek to engage as many other players as possible in a way that creates an enjoyable and immersive experience for all.

As a Kaldorei themed heavy role-play guild, we cater to a healthy blend of gritty realistic and more lighthearted role-playing styles that fit in the World of Warcraft universe. We like new members to show enthusiasm for their characters and a willingness to role-play within the guild’s theme and Warcraft setting in general.

What We Look For

Active participants who engage with guild stories, or are willing to be storytellers.

Individuals with a preference and enthusiasm for night elf themes.

Genuine individuals who are well mannered, considerate, and interested in making new friends.

Evil, abusive, or corrupt characters (such as Demon Hunters or Deathknights)

For those who wish to learn more about the Silver Circle, or who are interested in joining, we invite you to visit our guild website at: silvercircle.shivtr.com to learn about our recruitment process!

Use our Guestbook forum to introduce yourself, ask questions. Please visit our About tab for more details about the guild.

Content in this post represents in-character knowledge that your character can obtain about the Silver Circle. Players interested in joining are encouraged to use this knowledge to help them instigate role-play with us.

“They stood at Wildbend River with the Sentinels, and protected us when the Forsaken enforcers swept into Lor’danel for the cull. If not for them, I may not be here today…”
- Darnassian Refugee, Stormwind City

”Twould tak’ mair than a few poxy ogres tae hurt me. But the Circle – they be braw fighters. When me lassie’s braw wasn’ enough tae fend off a troop of ogres hung about wi’ iron weaponry, they came intae help. Seems they’re a guid bunch.”
- Historian Karnik, Hall of Explorers

“I heard what happened at Teldrassil gave the Silver Circle a burning will to restore Kalimdor to justice. I bet the Elders on the Council of the Moon don’t consider them so disposable anymore.”
- Dockmaster Nayura, Stormwind City

”They’re devoted and their cause is noble, but sometimes those elves scare the bark right off of me.”
- Ancient of War, Stormwind Harbor

”I saw that the Silver Circle has Nightborne in their ranks. I hope they aren’t Horde spies!”
- A Concerned Citizen, Darkshire

The creature hoots sadly as it addresses you:
“Ever since Horde came weirder things keep happening in Aroom’s cave… Aroom misses silly elves…”
- Aroom, Wildkin in the wilds of Darkshore

“The Silver Circle is an order that has withstood the test of time. Their chosen are recognized for their long and faithful service to Elune.”
- Priestess of the Moon, Cathedral of Light

“Ah…they endure as earth endures. Oh, what? The Silver Circle, not the Cenarion Circle? My apologies, you confused me…”
- Sheldras Moontree, Lion’s Rest

“The Silversworn are nice folks. I’m amazed they managed to save so many hippogryphs from Teldrassil! Now I have so many violet hippogryph feathers, my pillow making side business might finally take off!”
- Stable Master Sylista, Stormwind City

”Sinokir likes nice elfies! They feed Sinokir, so they must be nice! Do you have food for Sinokir too?”
- Sinokir the Chubby Faerie Dragon, Val’sharah

”Despite the efforts of zealous traditionalists, the Silver Circle continues to build support across Kalimdor and beyond. A movement such as theirs is not like a conventional army. While they prepare themselves as a fighting force in the eyes of the Alliance, their main role has been to draw together like-minded Kaldorei and to win the support of those who love truth, justice, and peace.”
- Saber Tracker Valerren, Starfall Village

“The Silver Circle? Their good work ensures our losses do not wipe out the last remnants of faith for our forlorn brothers and sisters.”
- Priestess Nara Meideros, Stormwind Harbor

Hands down, one of the best night elf guilds I have had the privilege to roleplay with.

The Jade Warrior approves this message.

The ranger Isuldien leans up against a post with his hat covering most of his face. He looks up at you, an interested individual with a stern look. “So, you’re interested in the Silver Circle, ey? I sure hope you hate tabards, they don’t last 'round here.”

1 luv to this guild

Suddenly, a tiny tiger-patterned cub started to attack your boots with ‘might and grace’. A short Kaldorei scooped him up, smiling. “I apologize for his sudden interest. He seems to like you and knows you embody strength.” She spoke softly, nodding toward a poster on the billboard. It was the Silver Circle article. “I am Allethea, a silversworn of the Silver Circle. With Mother Moon’s guidance, we will be there to protect nature and our people. No matter the cost… Consider joining the fight along our side.” Bowing, she turned around and walked off into the sunset like a badass.

OOC
This is by far the most interactive and inclusive guild I have ever been apart of. You don’t even have to join to partake in most of our events and storylines! We have our emotional moments, and even some funny ones. I have actually cried happy tears over some events that occured in our storylines. Its amazimg and I love these people. :’)

Awwesome bunch of folks right here and the RP is top notch! Highly suggest seeking them out!

Hello! Is there any way I can still join? Is recruitment still open? I wanna join this if at all possible!

Recruitment for Silver Circle is currently closed. However, we do still welcome anyone interested in role-playing with us to come visit. All of our events are posted on our guild website. You need only reach out to the event host in-game to request an invitation to attend them.

We are unlikely to reopen recruitment until after the holidays and the start of the new year.

Our next guild event will be tomorrow, 30 Nov 18 @ 5:15PM Sever time. You can try reaching out to Mythanil in game for an invite!

Look forward to it.

Look at this snazzy new post! The new forums are growing on me.

I’ve been reading about the roleplay lore of your guild and I am positively in love with it. It saddens me that you are not recruiting but hopefully you will be open soon!

We do not plan on opening recruitment until some time after the holidays, but we are always happy to meet new faces in RP. If you want to get involved with us & our story, check out our event calendar (silvercircle.shivtr dot com/events) and come attend whatever piques your interest! Illthanyn is a particularly good one, as it’s our annual celebration of the Winter Solstice!

I’m not a high enough trust level to include external links yet, you’ll have to add that extra period in yourself, sorry

Come tag along and RP with us! We love meeting new characters!

If you plan on attending, please remember to bring an icebreaker gift, and dress your character in formal white or silver clothes!

Illthanyn is one of the best holidays we host, and a tribute to the Winter Solstice and longest night of the year. Check out our guild calendar if you’re interested!

And like Shaur said, don’t forget to bring an icebreaker gift for the gift exchange.