I’m in the niche situation of having an older device with an external GPU, and playing at 4k. I was hoping the m1 mini could replace my setup but in terms of WoW performance, there was a significant reduction.

Don’t get me wrong - the m1 is a terrific machine. However, if you have an eGPU and your needs are GPU-centric, the new m1 mini isn’t quite there.

I benched both devices by standing in the same identical position with the same viewpoint; I parked my character and never moved her, then used the default on-load camera angle in the Alliance Draenor garrison facing southward toward the fountain on Dec 23rd. This is a relatively heavy lift with multiple trees, buildings, Halloween and Christmas decor, and various effects going on. 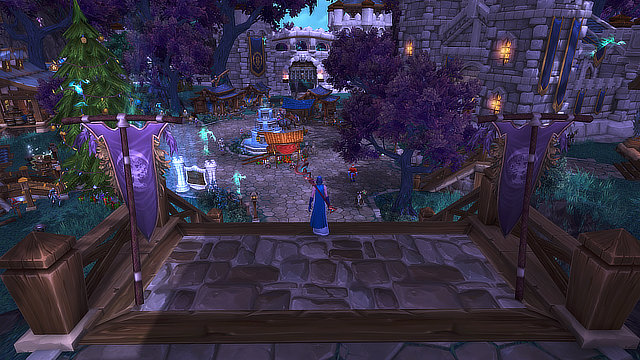 I did not bench population centres because those constantly vary and are therefore bad for reproducibility. Those locations are designed also to scale well with player load.

Numbers were eyeballed after letting the system sit until FPS stabilized. There was fluctuation with most values; entered are the most common values, which did also tend to be central.

Everyone likes charts, so here’s a chart.
Note: The m1 60 FPS datapoint should be taken with salt. Please see footnote [3]. 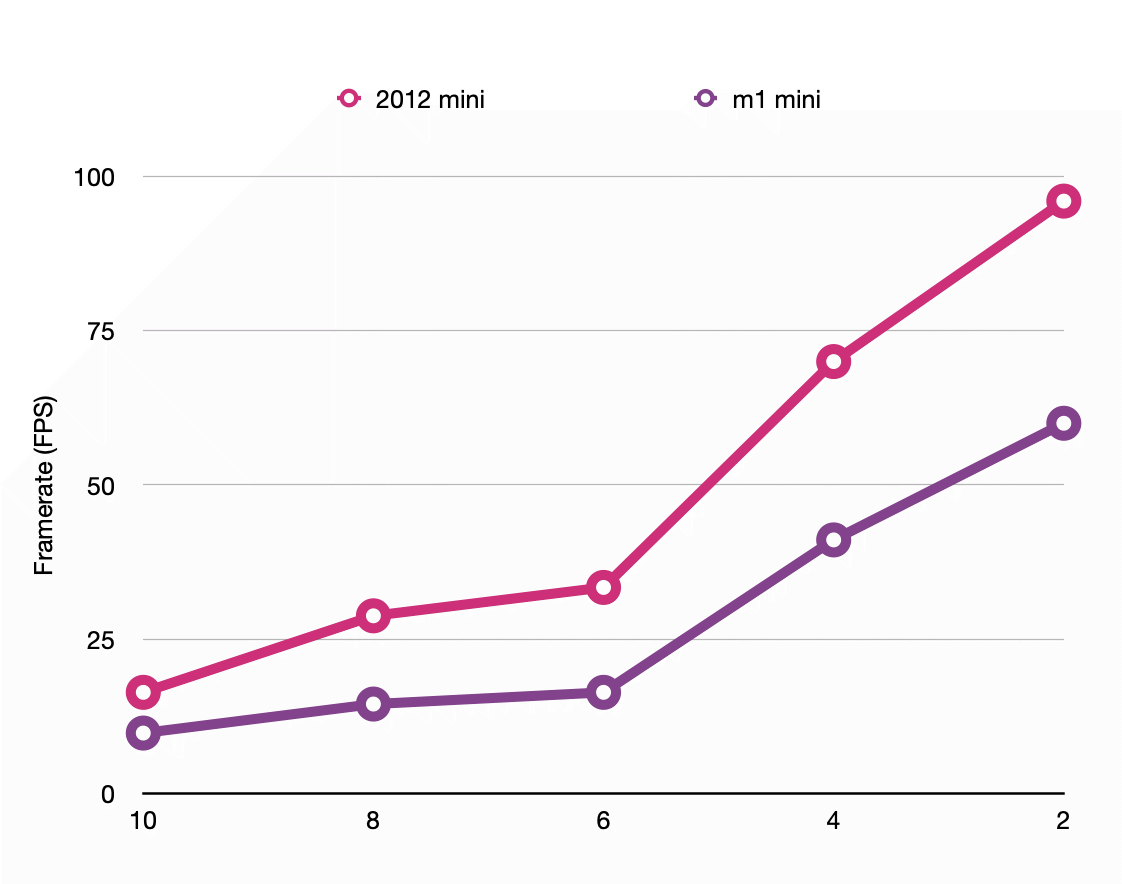 [1] Yes, this is a totally unsupported configuration. The 2012 mini features TB1 and is not officially compatible with external GPUs.

[2] Oddly, at this setting, enabling the UI would increase FPS to low 17s on the m1. I didn’t really pay attention on the 2012 device.

[3] Seemed to be hard-limited at 60.0; I re-verified VSync was off, and ensured there were no FPS caps but FPS would not budge.

6 Likes
M1 Mac Performance? What mice and keyboard should I get for an M1 Mac Mini and WoW
[CS Lounge] Holidays in Shadowland
Mac Support Update -- November 16