I wanted to drop in here and say a couple of things.

p.s. the ironic part to this is that those acts carried out by the exploiters that really annoyed people and set Blizzard on this course are still going to be there doing the exact same thing because those farmers just build the loss of accounts into the price of doing business and expect to loose them in a matter of weeks. They give 0 cares about the policies, the same as real life criminals have 0 respect for the laws. The only people that this hurts/affects are Hobbyists like me that do it (did it, now retired) for fun and the challenge of setting the thing up and making it work.

Well, we are going off topic here. My points from the beginning: I was playing in a way that Blizzard permits. Some peeps who have decided they didn’t like it decided to report me and made accusations that I was breaking rules I was not. However, it is extremely hard for me to prove I was NOT doing such things, just as it’s hard to prove any negative. If I’m supposed to buy gold with $$$ and then buy BMAH items, I’ll need Blizzard to clarify their stance on it.

No, you’re supposed to play like everybody else, or face the consequences that comes with your play style, I fail to see why you think you’re better than others and deserve the extra rewards multiboxing was providing you with, while having no drawbacks for those rewards.

There are several threads and youtube videos with the title 'multiboxing banned" or something similar.

People simply didn’t read blizzard’s post, or they didn’t understand it. Maybe they should be posting something to clarify the rule to the masses, because there are a ton of people who don’t understand how multiboxing works.

I think creating a character and messaging the guy is out of line. It’s Harrassment and should be actionable.

Wow this post is unbelievably disgusting. It boils down to, because I didn’t get a mount I wanted, I resorted to using a third party program. But somehow, in the eyes of the WoW community this is seen as okay? Nice you farmed all the mounts you could have ever wanted because you were borderline botting. But its justified and fair, because you put in the hard work(having things be accelerated for you by an ridiculous amount) Not mention casually stating yeah I obtained millions of gold, but I could have gotten more if I wasn’t inefficient. I’m going back to League of Legends, at least they give a sht about their own game and the community doesn’t condone cheating. WoW is clearly not for me, its apparently just full of old people who borderline bot all day to ruin the integrity of the game because blizzard said it was ok 16 years ago before softwaring was a thing.

So… PvP happened? Which is the entire purpose of war mode? You did this to yourself?

It’s kind of amazing how unsophisticated people who are opposed to multiboxing are, thinking that tabbing in and out with all your apps full screen is somehow not a year 2k thing to do.

did you read the thread? op was reported over and over again for using software he wasn’t using and now people are going to slam blizz with tons of false reports of things they cannot prove and waste the time of GMs that could be banning bots.

Farming it the right way. He’s just being the fox that totally doesn’t want those delicious grapes just out of reach.

As if I needed more proof of my point, the OP has now been “flagged by the community” as offensive content. Apparently some are even determined to attack my freedom of speech.

Let me reiterate: I do not attest that all multiboxers are angels, nor that the impact on the game is entirely benign. There are legitimate complaints as to the effect on materials prices, but even within this discussion those gripes are being conflated with common in-game woes that have nothing to do with multiboxers. Case in point, @Azhurea complaining about her raid group being able to find no herbs because of multibox gatherers. If you can’t find any herbs, it’s because you are herbing during a high-traffic time. A multibox gatherer is moving at perhaps 80% of the speed of a typical player gathering–we just can’t make sure all of our toons got the node as quickly as if we only had one toon to manage. But in that sense a multiboxer is taking fewer herbs, and getting much more proceeds out of the ones we do find, than a single player cruising all over the place. Herb prices go down because of multiboxing? Undoubtedly, although, the effect is probably more in the range of 10-15% at most given what a small percentage of the community we are. The effect on meats may be more substantial, because a broadcasting multiboxer is able to kill mobs much more effectively, increasing respawn rates while still getting 5-8x the loot. But, I haven’t seen anyone complaining about the prices of Stringy Loins or Rubbery Flanks. It seems to be more a matter of “gee, I’m having a hard time gathering just before my raid. I’m sure it’s because there’s a multiboxer here somewhere.” No, it’s because everyone is trying to do that.

The other thing that multiboxers are being conflated with is bots. While I don’t doubt that a botter could use broadcasting software to his or her advantage, I doubt that it’s the same programs multiboxers were using. If your character is an actual bot, in fact, it’s perfectly possible to run multiple processes of the bot in different zones, which would mean multiboxer techniques are getting banned but actual bots aren’t. That said, I have seen the druid farms in a couple of spots in Nazmir and northern Zuldazar that never reply to you. It’s inconvenient when you’re trying to do a world quest there, but otherwise I didn’t sweat having to spend an extra 30 seconds to get the quest done. I’d support banning them, but it doesn’t have to be because they’re using keystroke broadcasting, there’s clearly no human being driving the thing.

Back to my original point, though: Blizz is now handing a cudgel to people who complain vociferously about multiboxers. While those complaints have a grain of truth, they are wildly overstated, and this will generate a wave of grief reporting that will lead to legitimate players getting banned. It will not have much of an effect on the actual bots. On another line, this software ban will have the effect of forcing legitimate multiboxers back into hum-drum farming activities as it takes away our ability to run current dungeon content or previous raid tiers with our teams, things that the community seldom, if ever, complains about.

This thread, like many others, is just people screeching about people playing in a way they don’t like.
The posts about “legit” zulian tiger are a great example of that.
Yeah I’m sure you worked real hard soloing that during WotLK and that makes you better than someone using the BMAH…

All this screeching from jealous people is getting old, and I pity their next target once the anti-MB rhetoric slows down.

Does anyone remember when you had to write out lines in detention and that you taped 4x pens together?

How can you just casually state this ban wont affect many of the botters? I get you are trying to play the victim or whatever but, Blizzard banning the program itself argues against this. Unless of course, this ban is also targeted at a certain suspicious player base. If you expect sympathy while casually gloating about things you’ve earned by potentially suspicious gameplay that is now a bannable offense in the eyes of Blizzard(I am referring to multiple keycloning) you are quite off your rocker. If you are a legitimate multiboxer, its best to just live with the burden of false reports and keep quiet or stop doing it. This ban by Blizzard openly enforces false reporting and the like because of how vague it was. Not everyone reads into the forums, they see their favorite streamer say multiboxing is now banned, and will report it. Nothing you can really do about it, to many this player base has a natural negative stigma attached to it. People want to report them. 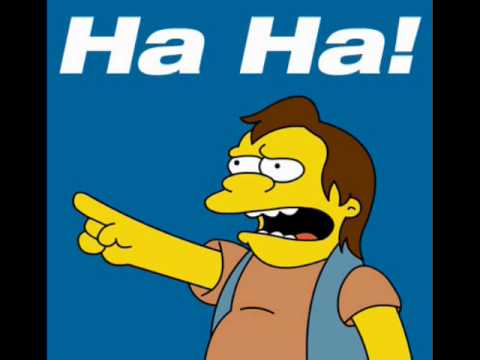 I would not be surprised if hardware transmission also generates the same warnings from Blizzard as software ones.

As they will have 2 methods of detection

And I was hardware boxing is unlikely to get your warning/suspension overturned, so I would strongly recommend against anything that looks like software transmission

Some of those accusations may get innocent people banned

If you are innocent you will not get banned. Or are you talking about the small lockout that happens if too many reports are done at once? Because that isn’t a ban.

I would not be surprised if hardware transmission also generates the same warnings from Blizzard as software ones.

Can you PLEASE clarify a few things regarding multiboxing Customer Support

Alt-tabbing is generally an easy way to describe folks selecting different clients. I’m not certain why this word debate is becoming the focus here. The focus of the announcement yesterday was prohibiting Input Broadcast Software, no other restrictions have been announced regarding hardware. Keyboards/mouse macros and functionality, assuming they work within our policies (i.e. do not use the keyboard macro to do something beyond what our in-game macro could do), is generally fine.

Then they camp my corpses

justice is alive and well.

Stopped reading when you brought up War Mode and getting camped.

Them’s the breaks for turning on War Mode to farm. Laughs in PvP