-Trolls have been represented with beards for a long time in artwork (Even the main troll page features a bearded troll). Several troll characters in-game have sported beards (Rokhan, Sen’jin, Vol’jin, Sul the Sandcrawler). This option should be the first thing available for trolls at this point.
There are also at least 10 models of troll sporting beards in Warcraft 3 Reforged

-The random highlight streak on most of the new hairstyles should be optional. I shouldn’t have a random color suddenly appearing on a character’s hair
-Dreadlocks are available for humans but not for trolls that actually represent their culture
-Still missing a longer hairstyle like other races have
-Two of the added hairstyles are actually from Warlords of Draenor but they were never implemented, thus they aren’t really new
-True black hair should be present

-While this is an issue with every race (Except humans), new face options should be added to enhance the customization as a whole

-This should be a separated option from the Tusk shape

-Missing a black color which is, arguably, the most commonly used color in tattoos around the world
-More tribal/aztec options would be a valuabe addition that fits in with the race

-The blind/greyed out option should be able to be chosen in either eye, independently from which eye color we are choosing

-Females should have necklaces added to their options

Zandalari
-Since Allied Races seem to get some customization as well, i’d like to just point out how easy it’d be to port the tattoos and warpaint over to Zandalari 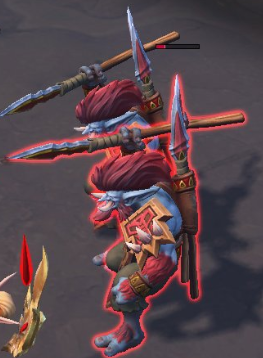 > Link to a Thread on Reddit with actual pictures! 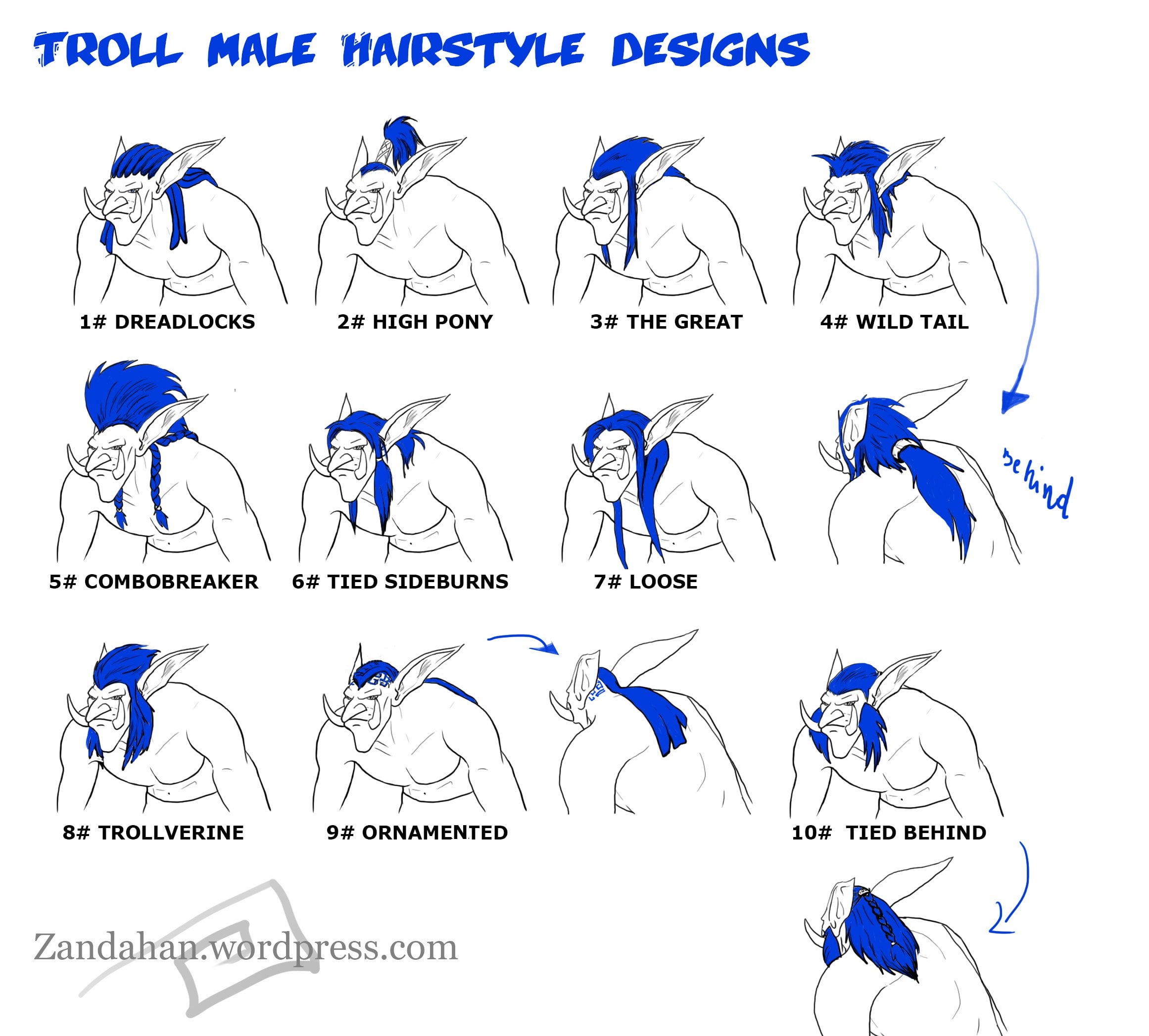 They can be replicated somewhat with the red tattoo option

The dreadlocks being given to humans before trolls is truly deserving this meme :

-more hairstyles (especially dreadlocks!) trolls and tauren were always behind when it comes to customization so I believe that they deserve extra love to “catch up” with the rest of playable races.
And instead of giving us weird options like jungle flower for troll females and balding braids/ palm tree to give something which would look appealing to a lot of players.
like :
https://i.imgur.com/XrxFGuy.jpg
https://i.imgur.com/yYc4S0K.jpg

Because right now while some options looks good they’re still somewhat underwhelming when compared to others.

I think this summary shows it the best:

For females - just like males they really need two more face options. And more hairstyles that would fit them.

War paint that has single stripe over their eyes (and also black should be an option) or just few dots above or below the eye. The two out of 3 facial paints look almost identical. And it would be avoided if they had single stribe across eyes and like two dots above eyes, instead of two stripes across the cheeks.

Why not some body paint that is in honor to the Loa? Why not something asymetric with tiger (Shirvallah) motive?

There are so many crazy things they could do with trolls. They almost beg the developers for it.

So I really, REALLY hope it was just first wave and there is more to come. Draenei had 6 hairstyles that were datamined. So I hope there is more for trolls and palm tree isn’t the biggest revelation for males.

Also some hairstyles needs to be revisited, the 2D textures instead of proper 3D model for mohawks looks really dated.

So far females got more impressive choices and I believe it will nicely help them.
With right cutomization they can remind water nymph :
https://i.imgur.com/KkZ4wrl.jpg

-Trolls have been represented with beards for a long time in artwork. Several troll characters in-game have sported beards (Rokhan, Sen’jin, Vol’jin, Sul the Sandcrawler). This option should be the first thing available for trolls at this point.

-Missing a black color which is, arguably, the most commonly used color in tattoos around the world

Those are actually warpaints not tattoos, but yes add black please.

I agree with this thread.

Beards like in WC3. Even Rokhan is missing his (goat) beard!

Some colored, or wooden ear piercings. Feathers and bones for their hair, ears and jewelry.

Claws like in Shadow of the Horde or WC3 Reforged (yes I went there).

Stay away from da voodoo.

Fully agree with everything said in this Thread. We need more customizations done with actual though on them rather than just recycle older things and there is no excuse for this treatment as Trolls in general are the 3rd most played race in the Horde according to the last number reported by Realm Pop

All trolls need to have upright posture option available.

All trolls need to have upright posture option available.

This as an option, or at least somewhat more straight. I mean even most belts are vanishing in a male trolls torso. More something like that.
https://i.ytimg.com/vi/B4Jd-Nfw-D4/maxresdefault.jpg

Got one wavy hair option so far! More curls please!
As a Zandalari main I am also hoping that a lot of these fem troll options are made available to Zandalari women as well…
My War-Goddess needs her curls!

-The blind/greyed out option should be able to be chosen in either eye, independently from which eye color we are choosing

I think that should done for all races, honestly.

Dark Souls 3 has the option to customize eye colors separately IIRC, which is something I think more games should have as a character customization feature.

I still think Trolls should get beard options, too. A bit disappointing that they still won’t let Trolls outside of Vol’jin and a couple of Sand Troll NPCs have beards. They even retconned Rokhan to have always been clean-shaven despite having had a beard in the original version of Warcraft III.

But you get a palm tree haircut…

I copied your post into my supercomputer and it spat out the location of the lost treasure of the Illuminati. Thank you.

I agree with your very last statement! In fact, I made my Darkspear Troll Druid, to mimic a Sea Elf, you know, also a kind of Water Nymph, with blue skin and green hair, or green skin and blue hair. I named her after Ariel, from “The Little Mermaid”.

I’d name mine after Nimue if I had an option.

I think that followers of Lukou could have looks like that. She was meant to be beautiful troll female loa with water affinity.

Yeah, I’m kind of disappointed with the lack of hair options for both sexes. I do like the tattoos, but they should have the option to be black.

-Missing a black color which is, arguably, the most commonly used color in tattoos around the world

“Casting quick heal to this thred”

All power to the Trolls! Besides, I can’t believe how this idea:

The blind/greyed out option should be able to be chosen in either eye, independently from which eye color we are choosing

It was given to the nightborne even before a core race. Blizzard needs to step up their game with the Master Race!