EDIT. THEY DID IT. CONGRATS ALLIANCE.

Now the rest of us plebs can Cross Realm Mythic Raid starting next week! 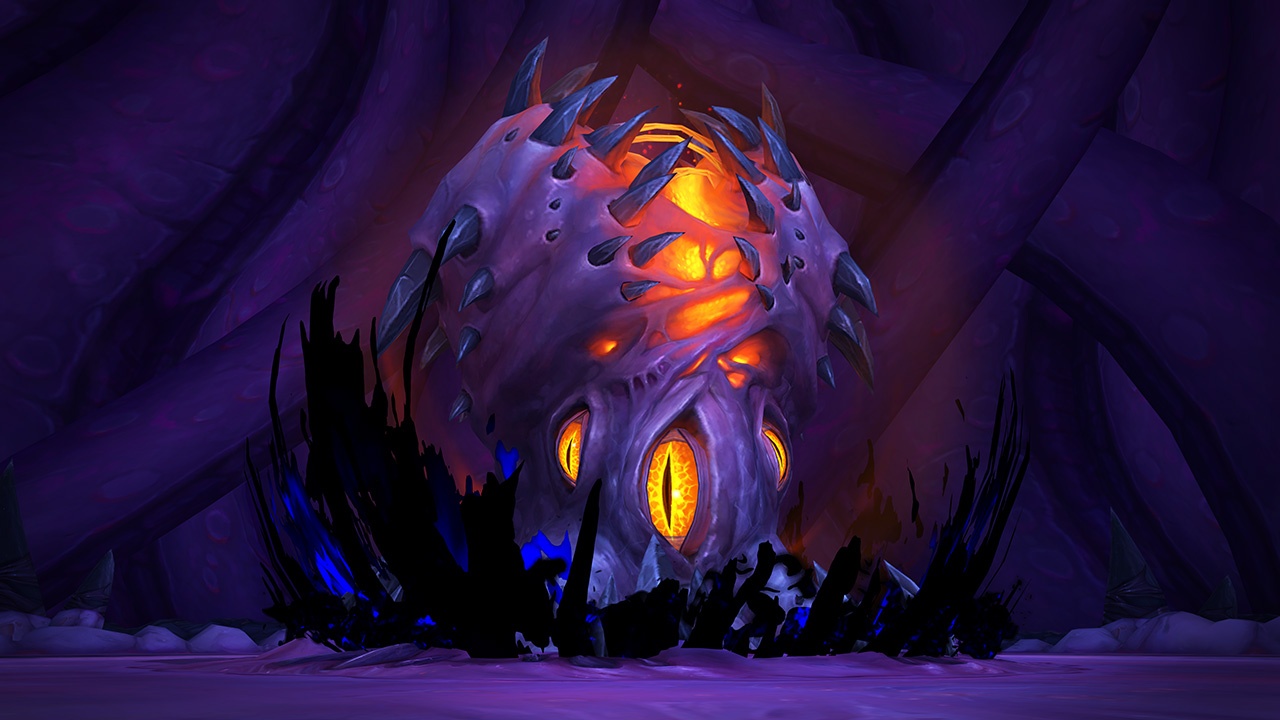 The Hall of Fame for Ny'alotha will be closing soon for the Alliance faction with over 100 Alliance Guilds having defeated Mythic N'Zoth. After this lockout, cross-realm Mythic Ny'alotha should become available starting on the next weekly reset.

Blizzard please just release this sooner rather than later. My guild plays with another guild on a different sever on heroic. Their guild has been there for over a decade and they wont move and neither will we. But we love playing together. Please release cross realm mythic earlier. The alliance will never get to 100 guilds by the end of this expansion at this rate.

At least give the alliance cross realm right now. They seriously need some catch up.

The better solution would be to just let us cross realm now regardless of factions. However just look at the numbers. The horde mythic guilds are out pacing the alliance guilds almost 6 to 1 The Ny'alotha, the Waking City Hall of Fame showcases the top 100 World of Warcraft raiding guilds in the world for each faction as they battle for dominance and immortal glory.

Cross-faction play pls so we can actually do semi-hardcore content on Alliance?

I do not see myself joining the alliance anytime soon because that would entail a whole new essence and ap grind. I am not interested in that

not of you transfer characters

I said cross-faction play. Grouping with Horde and Alliance in the same raid.

It would literally fix our fAcTiON iMbAlAnCe issues overnight. Flip of a switch.

Not worth it. I have a guild and community in the horde that I like. Why would I pay money for a transfer that would take me away from the reasons I stay subbed?

Unlike other raids in this expansion, Ny’alotha has another 5-7 months in its cycle. That’s plenty of time for Alliance guilds to reach 100 and unlock cross-realm raiding. It’s bound to unlock itself with that much time.

EP cross-realm happened – it took Alliance a month longer than it did Horde, but since there’s nothing else coming for BFA, an additional month here wouldn’t hurt the chances.

Blizzard has no incentive, at this time, to make this happen faster. Maybe time will tell, and in hindsight, they should’ve unlocked it faster, but its unlikely they’ll play that card. If it means players will ultimately stop raiding Ny’alotha weeks, if not months, sooner than if Blizzard lets it play out on its own, that’s actually counter-productive to their goals.

Unlike other raids in this expansion, Ny’alotha has another 5-7 months in its cycle. That’s plenty of time for Alliance guilds to reach 100 and unlock cross-realm raiding. It’s bound to unlock itself with that much time.

If I recall literally one Alliance guild has cleared M N’Zoth… and Club Camel is going Horde on A52 come Shadowlands. Make that zero in the next tier. Good times.

Oh, no. I’m wrong. Two others have cleared it since on NA.

Honestly the results speak for themselves. As the expansion ages less people play. Around now the horde had full 100 guilds reach the achievement. So the slowdown is already reaching the horde also. I mean the alliance has 6 guilds that finished nyalotha.

Once guilds reach 12/12 heroic and farm it for a month the alliance would prob have like 20 max that have 12/12 mythic done.

So everyone else that plays with friends cross realm have mythic plus, visions and world quests to do until 2 weeks before Shadowlands when the alliance finally get this achievement.

Like I said, in hindsight it may turn out to be a mistake for Blizzard to let things play out on their own, but 4 or 5 weeks into the mythic raid cycle seems too early to throw in the towel like “well, Alliance will never reach this. Let’s open it now so players can cross-realm their hearts out until Shadowlands.”

There’s no guarantee cross-realm would extend the shelf-life of Ny’alotha until Shadowlands releases – it may, but it still may not. Pretty sure they’d rather wait and see if players keep putting time into this content, than open it early and risk players stopping on their own because they’re “done” and there’s nothing left until Shadowlands.

This Alliance lagging behind Horde thing isn’t new. We’ve seen this playing out on every Hall of Fame for the entire expansion. When Alliance guilds can be counted on one hand and the Horde can be counted on ten every tier… there is a problem.

Shadowlands should remove racial abilities having an impact on PVE. Racials can be purely cosmetic, like they should always have been. See if that alone fixes the faction balance problem, and make other adjustments the following expansions as necessary.

How about we just open up cross faction play, a single step that would fix the entire problem overnight and just admit the game is old and it doesn’t have a robust enough playerbase of 12 million people to keep both factions’ endgame scenes healthy and vibrant?

Shadowlands should remove racial abilities having an impact on PVE. Racials can be purely cosmetic, like they should always have been. See if that alone fixes the faction balance problem, and make other adjustments the following expansions as necessary.

We’re so far beyond racials being the issue. The competitive raiding population is horde side, removing racials from PvE will not solve the problem.

We’re so far beyond racials being the issue. The competitive raiding population is horde side, removing racials from PvE will not solve the problem.

Please don’t say the solution is removing the factions altogether.

Eight years of snowballing and you have a faction that can’t even turn on world PvP for 30% bonuses.

Keep the factions in the lore. Admit in gameplay that there just aren’t enough Alliance to keep the faction alive for the health of the playerbase.

I support all cross faction play