After seeing a video of a player on twitch exploit the layering system to repeatedly mine an iron vein (I would link it but the forum won’t allow me to) I have become fully persuaded that layering must not be allowed to become a reality for any significant amount of time.

I have seen many suggestions on how to possibly fix layering. Most of them are incredibly unreasonable and make for terrible game play. I have even read some suggest that going to capital cities to change layers is a good idea! (Someone plays BFA cough war mode)

Going to capital cities
Those who suggest this are clearly ignorant of what makes Classic — Classic. The game world feels alive, huge, and it takes time to traverse it. Who on earth wants to travel a long distance of time just to group with friends, guildies, or dungeon members. Obviously this suggested fix is totally awful.

But what about other fixes? Is there any reasonable solution for sharding 2.0? Afterall, everybody with an IQ above that of an apple realizes that this is merely nerfed sharding. The developers themselves called it sharding in the interview with “Tipsout”.

Placing a cooldown on swapping layers
Makes for horrible gameplay also. Imagine joining a party in order to do a question and swapping layers. Upon leaving group you are transported out of that layer back into your previous one. Now you need to do a new group quest. Too bad! Wait (x) amount of time before finding a group.

Placing a cooldown on layer changing significantly hinders and alters normal play experience in more ways than I can imagine.

Layering is indefensible
It has negative effects on PVE gameplay, PVP gameplay (hoping layers to avoid ganks or stack layers in one factions favor), and the economy.

The only clear solution is to severely limit the duration layering exists to a few days at most.
Very few players will be able to abuse the system in a couple days, those who do will be considered collateral damage to a supposed necessary evil.

And yet I must ask the question… Why is this necessary in the first place? We already know that a que system is in place (stress test) that severely limits server population. I can see two that outshine the current easy-to-abuse layering method…

Obviously, the “nothing at all” approach will lead to people not playing. That means less money for Blizzard in the long run. So that means they won’t do it. Alternatively, dynamic respawns have been proven to be useful via private servers. They were also abused on private servers, but that could easily be avoided by limiting the duration that dynamic respawns are jacked up.

I can’t see how the WoW Classic team is looking at the afformentioned video and thinking that it was okay. Is it not incredibly obvious, guys?

WE ALL STOPPED PLAYING MODERN WOW BECAUSE OF THINGS LIKE SHARDING. SHARDING (LAYERING 2.0) IS ONE OF THE PRIMARY REASONS I STOPPED PLAYING. GET IT OUT OF CLASSIC.

You are seriously running the risk of alienating your core audience and destroying the launch and economy on several servers merely because you (as a company) are worried about retaining as many players as you can. Isn’t that ironic?

That same philosophy is what led to the decline of WoW in the first place!

PS: Most normal people are smart enough to know that the WoW Classic streamers are not going to critique and be negative about layering to the degree that they should be. They stand to gain (and are gaining as we speak) too much money, publicity, inside information, media privildges, etc by calming the storm. This doesn’t mean that once people like myself finally DO get our hands on this product, we won’t realize how AWFUL layering is. You are literally playing with fire and running the risk of ruining the game. Make the right choice here. Pledge to end layering after only a few DAYS. (Blizzcon Ian said few days or weeks, right? What changed to “only phase 1” 2-4 months!!!)

TLDR: Layering is awful and gamebreaking. Streamers aren’t being too vocal about it because they stand to gain too much by staying quiet and lose too much if they say anything too negative. There is no good solution for limiting layer hopping, mainly because of the unintended negative gameplay effects, therefore it should be removed or employed for an extremely short amount of time. 2-3 days seems fair. That would weather the initial storm of launch and it shouldn’t be long enough for the majority of the population to reach higher level zones and abuse the layer hopping method to gain valuable rare mats at an incredibly high rate which will break the economy. It will also make layering disappear prior to STV, which is one of the most memorable aspects of leveling on a PvP server in classic WoW, as well as Tauren Mill vs Southshore.

Yeh I pretty much decided to not return with the whole layering announcement.

There are perfectly good p-servers without that nonsense.

It’s only going to be for the first month

Placing a cooldown on swapping layers
Makes for horrible gameplay also. Imagine joining a party in order to do a question and swapping layers. Upon leaving group you are transported out of that layer back into your previous one. Now you need to do a new group quest. Too bad! Wait (x) amount of time before finding a group.

It’s not suppose to swap you back, but instead you’re now permanently on the layer you joined (group) for in the first place even after you leave group.

Their system does need some work tho.

Except there’s no private server in existence with correct damage, health, AI, armor, or resistance values for bosses/monsters. So yes, there is an argument. They have the reference client and original server data for proof.

Show me any proof Acti-blizzard has the correct numbers.

Imagine being this upset over a temporary feature where a single layer holds a total population of 3,000 (the population cap on servers in 1.12.1) and pretending like people will be able to swap layers at will to avoid PvP, farm mats uncontested, etc.

Pretending? There are already videos up of people doing it.

What a stupid thing to ask. How would I have proof. There are two possibilities: They have the correct server data like they claim, or they are lying and they don’t. Even if they don’t (which is highly unlikely) you have people WHO DESIGNED THE ORIGINAL GAME coding this. If you think some pserver can compete with that, then you’re delusional. Not to mention pservers literally admit all of the server end data had to be guessed.

Let’s try to remain civil - the principle argument of this post is about whether layering is a good idea. I would advise you to address the points laid out in the initial post, not argue about private servers.

You mean during the stress test where the level cap was 5? Man, tell me more about all the mat farming and WPvP people were getting into in neutral starting zones.

If you don’t have proof stop using it as a point of argument.

I’m sorry but I’m not going to take them at their world. They aren’t going to say “hey guys we have all the wrong numbers, please buy our game.” 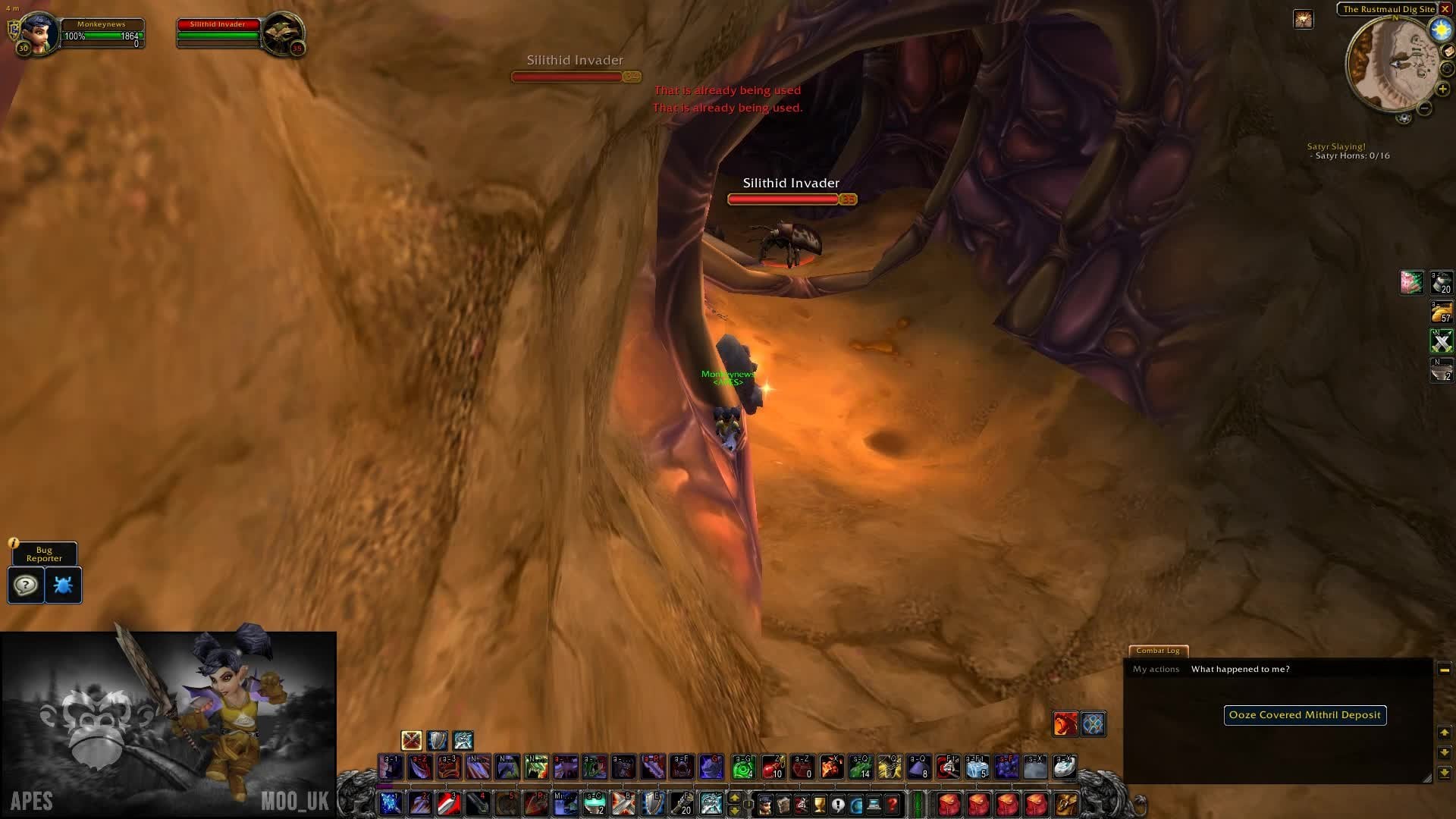 God it’s hard to use google.

Imagine logging in but you can’t play for hours because there’s 125,000 humans in your starting area.

Layering is there because the servers aren’t at a point in technology to handle that amount of people. This really isn’t hard to think about. .

If they are only releasing maybe 5 servers how do you think you would handle the influx of millions of players??? Just say the heck with some of the paying customers that can’t play a product they are PAYING for??? While some who are lucky enough to get in can play?? That’s fair to you??

Grow up, layering is there for a purpose, infact you should be THANKING blizzard for developing a system that isn’t sharding so we have the same server people. Instead countless forums are created for people like you to whine about, don’t play the game then, literally no one is forcing you too.

We won’t miss you if you don’t play. We don’t know who you are and most importantly we do t care who you are. Stop crying and grow up.

You know who 100% doesn’t have the right numbers? Private servers.

How about we do it the Vanilla way?

What UI are they using?

What? New API does not mean that support sucks, just means you cant automate your play bro.