Hunters can now tame dragons and undead. Again, warlocks, the other pet class get...?

Seems like every day there’s new news about more and more pet options hunters will be getting in Shadowlands. And yeah, it’s great for my hunter (my undead hunter can have an undead pet) but I think it’s waaaAAAaaaay past time to give the other original pet class some real pet option love. I mean, hunters are thiiiiiis close to being able to tame demons at this point, I mean, what the heck else is left?, and warlocks are still stuck with their same four demons (five demons one demon for demo).

Should warlocks get pet stables and the ability to “tame” any demon in the game, probably not. Warlock demons aren’t hunter pets and warlocks aren’t hunters. But I don’t see why warlocks can’t capture the power or knowledge of defeated demons and give that give that to their own demon somehow, allowing the demon to take on a new appearance. Eh, basically taming new pets except lore-wise it’s still the same demon with the same name, just a new appearance.

Maybe a way it would work, warlock minions would have an ability like “steal form”. Kinda like hunter taming, but instead it’s the minion doing the “taming” while you protect them. If successful your minion takes the form of the target demon as it dies and keeps that new form until another new form is taken or you tell your minion to revert to their default form (either another minion ability or maybe like removing a glyph in the spellbook). So unlike hunters, there’d be no stables. Any time a lock wanted a new look for a demon they’d have to go out and get it. Not too different from the tiny amount of lock minion glyphs now. 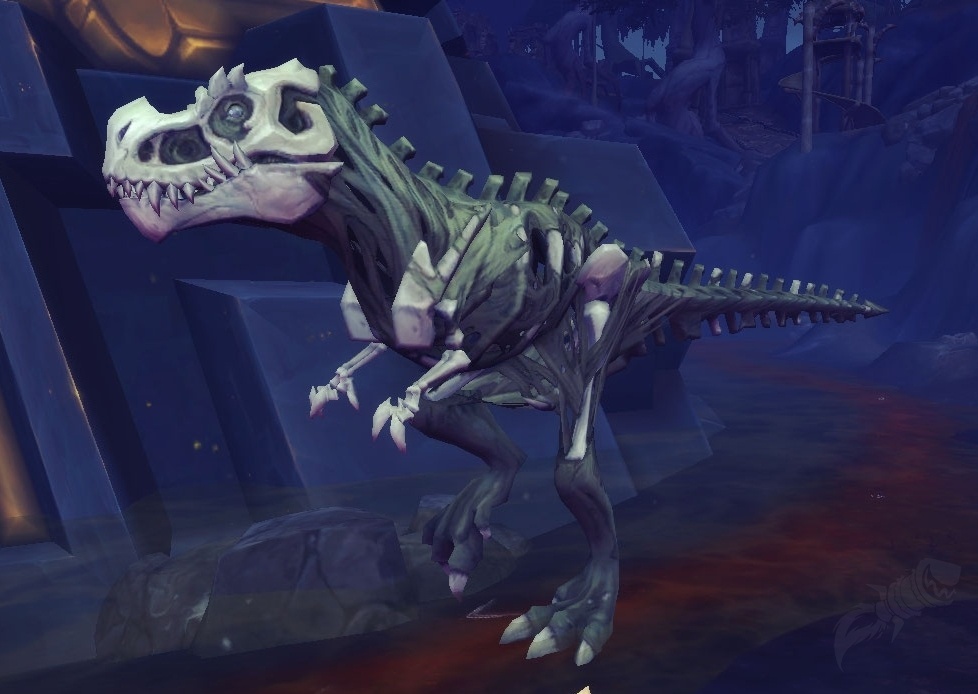 Also, Blizzard, while you’re at it, let hunters tame slimes.

I’ve wanted an inquisitor since the moment I saw one in Legion. Same story for felbats.

Out of likes rn so have one from my shaman alt.

Yes please, more demons for warlocks. And allow demo to have the “greater” demons (pitlord, dreadlord, etc) since they are the “master demon summoner”.

Idk. Either way, yes to more variety. It’s time, and has been since legion.

Cloud serpents are unrelated to dragons in the wow universe.

I don’t really care a lot on how the system would be. It would defnitely won’t be a reskinned stables, because hunter pets are totally different even mechanically. But maybe it will be some sort of Library interface?

Back a while ago I’ve pictured a really simple method that wouldn’t even require an interface:

Enslave Demon would be a channeled spell, castable on weakened demons. Upon finishing the cast, you’d kill the demon, and would trap his soul into a [Demonic Soul Crystal].

Upon having the crystal in your inventory, you would summon that demon instead of the default one for the applicable role. For example, if you trapped a Shivarra, then your Summon Succubus would use that.

By holding multiple “same role” crystals in your inventory, you’d actually summon randomly from those options.

Enslave Demon would be a channeled spell, castable on weakened demons. Upon finishing the cast, you’d kill the demon, and would trap his soul into a [Demonic Soul Crystal].

We could then turn in this crystal to a demon trainer NPC and then all those now unused demon trainers in the game would be where to go to change the appearance of our demons.

(Still kinda like the idea of having to go out and get an appearance each time though. Having stables or a “library” seem too hunter too me, but I dunno).

That can work as well. I mean, this would be enough for me to get to love my lock again, shelved ever since he hit 120.

To be honest, and be really wishful thinking, I’d be all for it if the “minor” pet specs could also get a similar, but “lite” system.

There are a ton of Water and Ice elementals in the game, with much more appealing appearances than the (just slightly different) shades of blue provided by all the glyphs.

Same thing for Unholy DKs and their pet.

Cloud serpents are technically “dragons” but I am hopeful we get access to real dragons via some legendary questline. Maybe its gonna have to wait till we go to dragon isles.

MORE warlock minions. If they dont want to do a warlock stable why not “replace” the current skin of our summoned demon with one that is capture? (retaining name and functionality ofc).

Cloud serpents are unrelated to dragons in the wow universe.

i do think they are still dragons, they are just not called dragons but their types are considered dragonkin, also they are basically a replica of chinese dragons models, not being a dragon its just weird

Beings that the only basic demon I really like is the felhunter, I’m all for more customization. I don’t think it can happen like with hunters though, our demons are way more specific than their pets. If I could have four cool alien demons though, I don’t care how it happens tbh.

It would be awesome if they could add some flavor to Warlock pets. But tbf hunters have always had hundreds more pet options then warlocks, prob over a thousand now.

I play a Hunter Warlock and Death Knight and once again I am frustrated at HOW both Locks and DK are Ignored again by the Developers. The chance to have some really nice dead skeletons lichs and others are just openly Ignored and the fact all these demons are around and the developers stick their collective heads in the nearest hole and go I don’t see new demons is now annoying.

How long you going to keep ignoring other pet classes will it take more people leaving before you decide to do anything?

Yeah, it’s pretty messed up that hunters can tame undead now and DK’s can’t. I mean, really? Who between the two should have more undead minion options, really?

Frost DK should have a full time Lich Minion not some fat bloated abomination or stupid skeletons that look so cartoon now, when we know they could add way better minion.

Shamelessly posting both the compilation thread of other threads and my own EXTREMELY elaborate thread on the matter with quote tweets of the table of demons and aberrations with suggested slots:

“Wow Baal, another compilation thread” Yup. If you know how to do a thing do it! I’ll add more as they are made, feel free to post them below if you see one. and make sure to bump all of them (or the ones you want) on a regular basis

Copy pasting from my thread in the warlock forums lol All of this is 99% probably too late for Shadowlands but worth tossing into the abyss of GD The 1% of this that can happen is “let Warlocks speak Demonic again”. This was pruned with the introduction of Demon Hunters (and the removal of Metamorphosis and Dark Apotheosis), which doesn’t make sense lore-wise really. It’s not like only demons can speak Eredruin/Demonic, it’s a language, the the master summoner demon using class should be able …

Give Warlocks Demons Stables, You COWARDS

or just more notice of warlocks.

were still blacklisted by ION cause he couldn’t remove the Green Fire Quest like he did everything else handed to us.

Technically, warlocks are NOT the other pet class now.

Windwalker monks for example will have up to THREE different active pets / minions in Shadowlands.