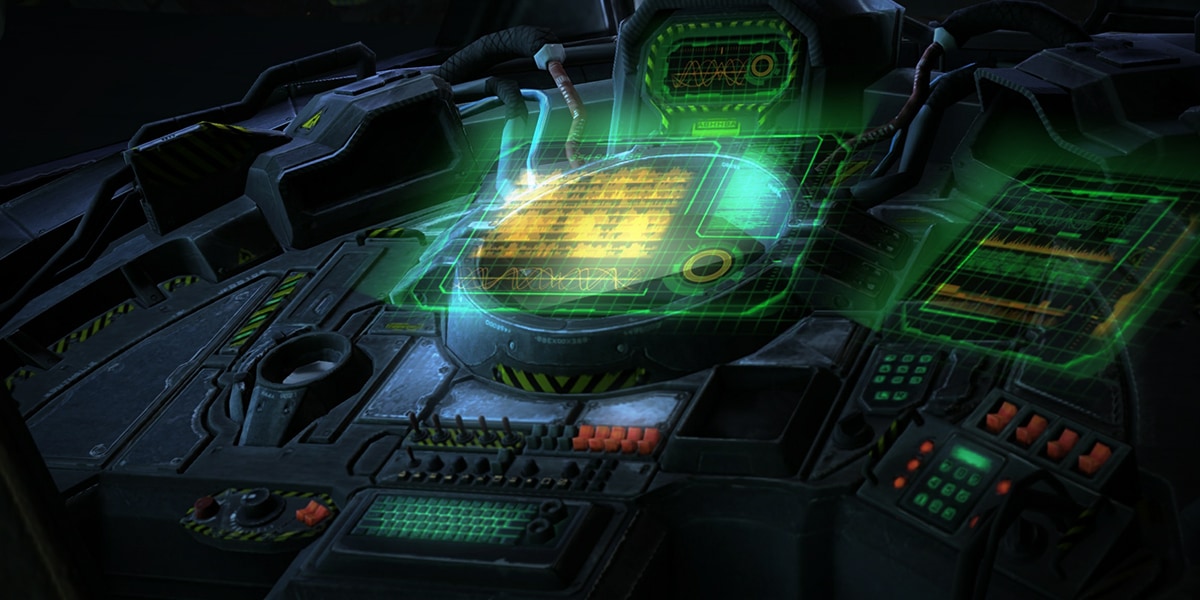 We've made massive updates to StarCraft II to celebrate the 10th anniversary! You can check out new features on the PTR now!

Instead of balancing the game they want us to play through the campaign again to get acheivements. ok… sure ill do that.

When a Supplicant dies, it will permanently increase the damage and attack speed of one of Alarak’s nearby non-heroic mechanical units. However, Alarak’s active abilities deal 50% less damage.

Seems like I can use Mech Protoss in next mutation co-op mission.

Creat a super roach in Starcraft 2, not bad. I want to try now.

Dehaka gets a brother. However, they both have less life.

I don’t play dehaka, I get the simliar experience as MOBA when I play dehaka. I just don’t like the experience.

I don’t understand the sentence. But I will check the Talent tree of commanders.

Assault Galleons with the Hanger Bay upgrade now have the Endurance Training ability, which allows them to regenerate health while out of combat.

So, I don’t neet to make many reapers and use them as banelings? Good.

So, camp include hellion become better?

I prefer turrets than big guns. Such as intercontinental missiles, nuclear bomb, nerve poison. Destroy the world by staying at home is my favourite style.

Hope to produce more mutation co-op mission maps. Every map can be selled at the same price as one commander or four commanders. ( About 5-20 dollars?). But it must be good.

Oh yes, I’m pretty sure that is what I want.
https://i.imgur.com/dYj6oG0.jpeg
new talent tree, new gameplay.
Blizzard is still Blizzard. Just they have became dumb. They haven’t done profitable work and have chosen to do unprofitable work.
Seems like they become smart again now.

Haha, new “stone” announce sounds like a meme… can’t wait to try him out!

Cool changes. I’m really glad you finally came around to the versus countdown timer pre-match. I was severely disappointed when it silently didn’t happen last time it was discussed; I’m hoping this time it makes it to an origin/master patch.

Exactly, who cares about coop anyways…

Whoa boy… I’m waiting on a never ending run of achievement toasts upon first log in.

dominion ghost announcer? where is Tosh?

These are all really really solid changes; I’m hopeful that they make it through!

I really like the new changes. Thank you Blizzard, but please, keep doing so and keep listening to the community.

Please address the social settings so people can’t send you a message and see your queue in the message boxes.

Map hack users use this as a tool to snipe you over, and over for hours a day.

i already got all of the achievements…

If I’m understanding correctly, the achievements being added are entirely new and will have to be gotten manually. Even if an achievement is, for example, kill 1000 Zerglings in mission X, and you happened to have done then when you played the campaign four years ago, I don’t think the game could possibly know that.

Edit: It seems you were talking about the avalanche of achievements that pop up when using PTR for the first time during a patch; not the new campaign achievements. I misunderstood.

I posted this in the campaign forum but maybe this is the appropriate venue. Feel free to delete whichever one is in the incorrect location.

I’m really excited about the new campaign achievements coming with 5.0. I don’t want to ruin the sentiment by asking for more but I figure that, while the patch is still in PTR, this would be the appropriate time to bring it up again.

I asked about this in the old forums but they seem to be gone. There are no achievements related to completing Nova Covert Ops or the prologue or epilogue of Legacy of the Void on the various difficulty levels. It seems like someone at Blizzard is into achievements because every once in a while they’ll drop an update like this one or the one that retroactively gave banners to players with 100% campaign completion(s.) I believe that adding difficulty related achievements, or at least one for Brutal completion, to the last remaining vestiges of the campaigns devoid of such achievements would bring StarCraft II’s campaigns to a consistent and, arguably, complete package.

The triggers for such achievements would likely be simpler to implement than the entirely new ones. The code for checking that each, or a certain number of, mission(s) in a sequence have been completed on a certain difficulty (or higher) already exists for the main three campaigns.

After the achievements were initially not included in their respective mini-campaigns, it seemed to me that one of the main hurdles to implementing them retroactively would be that they might mess up previously implemented Meta achievements. This will likely be a problem with the new batch of achievements as well and I look forward to seeing how it is addressed. (Maybe someone on the PTR can let me know. I’m trying to avoid seeing what the specific achievements are so I can be surprised during the Live Launch.) Since this is the only shake up of any campaign’s achievement list since said campaign’s launch, I think now would be a good time to implement the difficulty achievements as well.

I also wouldn’t mind Time Trial achievements for all the campaigns akin to Wings of Liberty’s “Hurry up. It’s Raid Night.” but I know there are mixed feelings about that one here.

nice update, but for a 5.0 kind of update I’d have liked to have seen some new versus units or something

I look forward to seeing how it is addressed. (Maybe someone on the PTR can let me know. I’m trying to avoid seeing what the specific achievements are so I can be surprised during the Live Launch.)

They are all in their own, new achievement category named “10th Anniversary” thus are separate from the campaign categories. So it appears that they don’t interact with the original achievements at all.