Every rework has been a failure

D.Va’s has worked out in the end, it’s just a shame she’s countered so hard by brig.

Sym 3.0 seems alright, all she requires is a few tweaks.

And besides, what classes as a failure.

Sombra’s was done to make her more viable - it worked.

Sym 2.0 was objectively an improvement. Everything about her was better than Sym 1.0.

Sym 3.0 is probably an improvement, but needs some tweaks to make her truly viable.

I actually enjoy playing reworked mercy more than mass res even after the nerfs. I think it’s a success.

No criticism. I don’t truly have an opinion about this.

Honest question.
Should Bastion have remained with pre-nerf “ironclad” that made him immune to dying to all damage ultimate’s cast on him?

Except Dva was meta defining alongside Mercy until Brig showed up and Reaper is still in **** tier.

I Mean… The reason that was even possible, was that (Nano Boost, Damage reduction?) Was uncapped, basically… It was later capped.

I don’t remember all of the numbers, but… As a Bastion main, my opinion will always be that the best version of Bastion, was before the “Reword” At all.

I Hope you can find all the possible details you could ever need about Bastion, Here: [💔 Bastion ISN’T being forgotten, he’s being ignored]

(I Can’t remember them all…)

Sym - Only her primary is garbo, the rest encourages a more active but still defensive and thought out play style. I wouldn’t say it failed.

Mercy - The right idea was there, but the execution horrible, so yeah. Failure.

Sombra - Wouldn’t Sombra 2.0 be the post-buff Sombra that only lasted a few weeks? She was fine. That wasn’t a failed rework. This Sombra 3.0 that’s on the PTR is though.

ya i dont like the new sym loosing 3 rays and the shield gen not a fan and giving her a huge wall WTF is up with that who even thought of that???

Lucio, who isnt even considered a healer anymore. 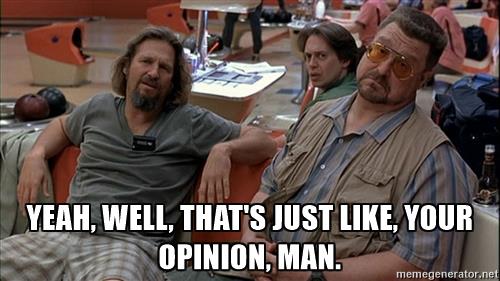 Some of those might be right, some are only right in some people’s eyes, others are wrong.

I agree with a few though👌

Every rework has been a step in the right direction. They neither failed or fully succeeded.

lol what? No she didn’t. Changing DM to a resource thing and tweaking that a few times or adding a skill without replacing or actually, reworking, something is not a rework. Sombra’s had a lot of actual mechanics for her get changed and Hanzo has had a move actually replaced entirely. Already making his changes more significant.

Roadhog too, they messed up his rework so bad that people don’t even REMEMBER him.

So sorry about that…

This is exactly how I feel. Nothing in her kit synergizes with anything else, she has no gameplay “flow” so everything feels sloppy. Furthermore, she’s the only hero in the game that has to use every single last one of her cool downs, plus her melee attack, plus her primary weapon just to kill a Squishy.

Um…any major change to a character’s kit and how it operates is a rework dude. D.va has been reworked more than once lol.

Hanzo is played more often now and the players that pick him are less insulted so it’s not a total failure.

I don’t like it when the same dps are chosen considering how many of them are available. Even if Doomfist or Hanzo drive me crazy in comp currently, it’s good to see them being played.

There was a time Genji / Tracer were the only dps we could see in comp. Now it’s more diverse.

But I agree that Hanzo’s rework is a failure in terms of balance. Blizzard has issues reworking heroes without making them OP or underpowered.

Sombra and Sym are still not good enough

If we’re counting changes that had a significant impact on D.Va’s playstyle, we’re on D.Va 6.5. Approximately.

Both D.VAs and Mercies definitely we’re not.

Both D.VAs and Mercies definitely we’re not.

Mercy was turned into a meta-monster for 6 months and is still extremely strong despite being nerfed eight times. I’d say if a rework makes a hero shoot up to the top, there’s something wrong. Like putting the most powerful ability in the game on a cooldown?

D.Va isn’t as bad, but if Brig wasn’t brought into the game, how much do you want to bet she and Winston would be reigning supreme? So much damage and mobility. Arguably, she isn’t as bad as the result of other reworks (Hanzo) but, still.

Also seeing the amount of people frustrated with Bastion makes me extremely sad. It’s so obvious he needs to be looked at, and yet the devs choose to say nothing. It’s been too long - he needs a change, he needs buffs.