This game dead yet? Should be

Played 4 games and 3 of them with at least 1 teammate that was afk or just solo’d the whole game. 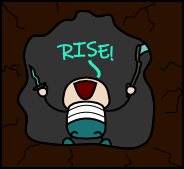 He could not get enough of it so he came back.

After all, HotS best game!
(I’m memeing but it’s legit my opinion.)

The game is as alive as Leoric, and it’s just as much fun.

your experience is now the norm

The game is as alive as Leoric, and it’s just as much fun.

As an old Diablo diehard I love playing me some Leoric. Actually thanks for the inspiration, I’m going to get a couple of QM in with the old rattling bones himself.

For some, necromancy takes a while to master.

If you play this game regularly these days you get reasons every time why this game died:

Forced winrates?! Tell me about the details!
When does it click in?
Does it know you’ll lose or just makes your job harder and harder? If it knows you’ll lose, how does it know which 9 ppl will make that a reality?
Does it control which ppl are queueing, which Heroes they take and how focused will they be?
How does the system decides who climbs and falls? Like with a forced 50% wr shouldn’t all be on the same “rank”?
But man! If this is true, that’s nuts!
Like a system like that which can calculate, manage and alter odds in such precise ways despite working with 10 random humans is nobel-prize level, like it sounds like something beyond quantum mechanics!
Please tell me more!

I’ll admit. I’m one of those trolls. I actually open up my case, turn off the fans, and cook eggs and bacon on my gpu. If that disrupts my game, so be it. At least I have breakfast.

Does it know you’ll lose or just makes your job harder and harder? If it knows you’ll lose, how does it know which 9 ppl will make that a reality?

I am in touch with this game since beta actually. Lost interested for a long time, came back several times, saw it dying… and the matchmaking has ALWAYS been this bad and lots of people tell the same story: Once they are on a winning streak, the game tries hard to push them back. Not by giving them stronger opponents but by giving them weak team mates. And I am quite sure, Blizz has records at each account if they were reported for afking, feeding, trolling etc. And then puts players together that increase the chance to lose matches. It is much simpler to control the winrate if they sabotage you than by giving you just stronger players.

Why do you see so many players in bronze? If the matchmaking would work correctly, you should see most players in gold, then some in plat and diamond and some in bronze.

The matchmaking in HotS was always garbage. And the MMR always tries to hold you back. Just create several accounts and play with same. Overall you should end with the same winrate in the end, right? FALSE! You will see that some accounts will have several % points higher winrate than others and although you are still the same player you will see that you have really a hard time getting the lower winrate account to the same winrate as your best winrate account.

MMR in this game is like a rubber band. Once the game DECIDED in which region you should be, then it tries everything to pull you back once you win too much. And the older your account is, the harder it is to move out of this hell. So everyone that started to play when he was unskilled, then improved will most likely still be stuck on an account that just can’t get better matches.

At least I have breakfast.

That was a good one.

Why do you see so many players in bronze? If the matchmaking would work correctly, you should see most players in gold 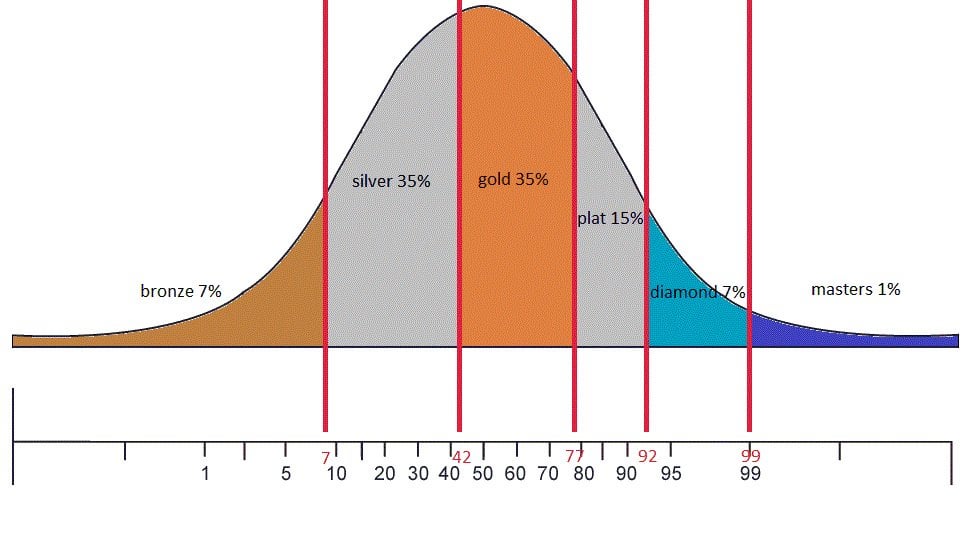 Second, if ppl have forced 50% wr, they should never be able to fall to Bronze.

It is much simpler to control the winrate if they sabotage you than by giving you just stronger players.

It’s actually really hard to sabotage someone, because the system doesn’t know who will do what in their next game.
How the MM actually works on the other hand, that it gives ppl a number, that goes up and down depending on if they won or lost. Meaning, that they will indeed play against stronger and stronger foes, if they win a lot (which can lead to losing, yea, but not due to force).

Just create several accounts and play with same. Overall you should end with the same winrate in the end, right?

Nope, you shouldn’t, that’s silly.
First, you don’t start fresh like you did, you won’t make the same winrate hindering mistakes, you won’t practice with your Heroes.
Second, you play your games against newbs instead of ppl of similar MMR, which is an unfair advantage.
Third, not having similar winrates on your accs disprove the forced 50% wr theory.

Once the game DECIDED in which region you should be, then it tries everything to pull you back once you win too much. And the older your account is, the harder it is to move out of this hell

I was Gold for many Seasons and Years. The game had more than enough time to decide my place. But I easily climbed when I actually got better than Gold.

And I started in Closed Beta. I lost to vsAi. Reached Masters once did I got better.
Time to wake up, you cannot climb because you shouldn’t with your current skills, and you won’t get “good matches” because your idea of what’s good is flawed (especially if you think your smurfs have good matches).

If you’re a skilled player and play Ranked mode only, you will so climb away from these kind of bad players, due to your superior skill. There is no "forced 50% winrate, which is why all players aren’t the same rank. Please don’t tell me you believe a player who has an account at level 1000 and is Bronze 5, has the same skills of a player with a level 1000 account who is at Master rank?

This is an area that could and should have been improved, but unfortunately we’re stuck with it.

For most heroes you only have one good build

Unless you’re speaking about Valeera this is simply not true. I personally didn’t like that after many reworks quite a few heroes got saddled with some themed talent tiers, like many level 13’s where it comes down to “Pick from one of three defensive talents.” Even with this, it’s not on all heroes and no hero that I can think of has themed talent tiers for every talent level.

It sounds to me that you play a lot of Quick Match but don’t understand how the MM works there. QM MM should have been improved when Hots was at its peak, but even then, it had to sacrifice some MM quality to achieve the other goal of being “quick.”

QM uses team/player MMR averaging to try to paper over skill differences between individual players. That combined with how QM matches certain roles and the additional complication of heroes being stronger on various maps, can often result in uneven match quality. This is the price that you have to pay really for a mode that has no draft and needs to have quick queue times.

If players had really wanted more balanced matches then Unraked Draft would have overtaken Quick Match in popularity, but URD was resoundingly rejected by the playerbase. To be clear, I’m not saying the MM couldn’t have been improved, but I am saying “be pragmatic” and that players had the option to improve MM themselves by playing draft modes, but the majority chose not to.

Too may trolls that go unpunished. But as long this game is free to play then trolls wont care about punishment cause punishment does nothing when they can just come back 10min later on a new account and do it all over again.

Atleast in Diablo if you get banned you are forced to buy a new game again. Hence why alot of botters that get caught wont bother doing it again cause spending 40 euro to buy a new game is out of the question.

That’s literally not true, Kara linked the source, a chart which was posted by the then current Devs.

I would hazard to guess that if we could see the rank distribution as it stands now, there would be more players in Silver and Bronze (due to smurf accounts) than there formerly was in Gold and above.

Damn, imagine being the lowest 7%

Damn, imagine being the lowest 7%

There really is no shame in it. What is shameful is when you get the players in that group who come to the forum and blame it on “Forced 50%” and well, any conspiracy theory as long as they personally aren’t to blame to being there.