Pally starts a new A through Z

So I know a lot of you consider Pally as too bad of a player to watch, but I enjoy his humor, and still like watching him. So since he is starting up his A-Z series again, I thought I would give him a shout out. 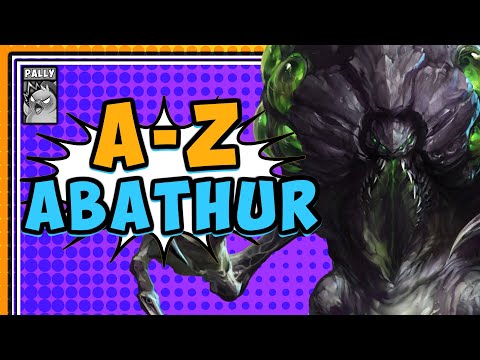 For me, it’s like when a comedian makes a joke that is so far from the truth, it ruins the joke.

That’s how I feel about MFPT, when he’s just playing so bad, it’s hard to enjoy. Also, random screaming from low skill play is not entertaining.

But isn’t he master? Just from what I read in this topic isn’t he comparable to Fan? Fan is a good player, but he is also known for his childish behaviour on his stream, so his behaviour serves it’s purpose as an entertainer.

What? No. Judging from viewing him, he’s like low plat. He sometimes reaches diamond when he gets carried by better players, but almost always sinks back down when he has to play by himself.

Fan is a good player, but he is also known for his childish behaviour on his stream

The difference between Fan and MFPT is that Fan is a former professional player with years of experience in the top echelons of play where he knows the game from every corner of the earth. Sure he can go on some unnecessary rants, but they are sure as heck hilarious and justified when you yourself have years of experience and understand why Fan is going off on an issue he faced.

MPFT is just a casual entertainer with little to no valuable long-term information about how to improve in the game. He’s simply an open gatekeeper for introducing new players to the game. I used to watch him a lot when I myself was a new player to the game and would tune into his new hero/rework theorycrafting videos to understand the thought process behind his opinions and learn from that.

That still makes him better than 90% of the people who read the forums (myself included), so most people CAN learn something by watching his streams.

I think Pally is roughly about my own skill level, which IMO makes his decision-making more entertaining because it’s more on par with what I would do.

I really hope not. I saw his video on Murky and it was terrible. It wasn’t just being bad at Murky, it’s not understanding fundamentals.

He took bribe. Which is fair, especially on BHB map.

When he had one stack of bribe, he would go to the Siege Giants and bribe one and then manually killing the other one. He did this like 2 or 3 times.

I hope I don’t need to tell you just how bad that is. Or why it’s bad.

His videos are probably going to do more harm than good.

When he had one stack of bribe, he would go to the Siege Giants and bribe one and then manually killing the other one. He did this like 2 or 3 times.

I hope I don’t need to tell you just how bad that is. Or why it’s bad.

Yeah, that sounds pretty terrible. But it also sounds like the kind of bizarre bad play I probably do make, even if it’s not that one specifically.

His videos are probably going to do more harm than good.

So I did the right thing, when the only streamer I watched was Fan? And I admit that I learned a lot in his streams, especially how to rotate or dual-soak, he did that a lot his b2gm challenges, as expected.

Pally’s streams are focused more on their entertainment value unless I’m mistaken? I’ve never heard anyone saying he is someone you should watch to learn from.

For learning, you should not watch his B2GM videos. He’ll messing around 75% of the time.
A good way to learn rotations is Kure stream when he scrims.

90% is being pretty generous. Especially because forum goers probably are slightly more dedicated to some aspect of the game. That being said, it’s very true that a lot of people will identify with him. I don’t know if that’s a good thing though as it keeps people in a slightly more informed but still mostly bad way to look at the game.

What I will say as someone who used to watch him, got stuck, and then got immediately better when I ignored his advice, I think the benefit of watching him should be strictly entertainment and not of a learning value. You will pick up awful habits and get too excited when you happened to luck out when playing competently, when that really should be more of the norm.

I’ve never heard anyone saying he is someone you should watch to learn from.

You literally liked Flinx’s post that said just this.

That still makes him better than 90% of the people who read the forums (myself included), so most people CAN learn something by watching his streams.

I should have stated that more clearly. I haven’t heard anyone say Pally is a player at the top of the HOTS playerbase in terms of skill and is a primary educational resource. I’m someone who hardly watches this kind of content, but even I was aware Pally’s appeal is his entertainment value (subjective), rather than his skill.

For learning, you should not watch his B2GM videos.

I didn’t watched his streams only for learning, but also entertaining. Sure he also did weird things or misplayed, but overall he did fine. It’s quite obvious, when someone watches Fan he will realize that he’s also trolling a lot, because he knows he is better than his enemys, but in general his plays are correct.

Pally’s streams are focused more on their entertainment value unless I’m mistaken? I’ve never heard anyone saying he is someone you should watch to learn from.

Well, for instance, today’s video was Abathur. Did he play a GM level Abathur? No. But he did get MVP, and his team won, probably because Pally made sure to soak the lanes. He made sure to tell people how important soaking was, and how good Abathur was at it, so he did some teaching, but it SHOULD all be stuff that players know (and yet it is pathetic how bad most players are at soaking lanes.)

This is true. As you already pointed out the majority of the playerbase is under Plat, so they can learn something from Pally. They might be even more inclined to learn as Pally’s videos are the cliche of a “spoon full of sugar”, some people are more likely to learn if they are also entertained.

I learned the game and the heroes watching Pally, when it came to how to play I had to find my own style. When you’re new you learn from his strengths, when you’re more experienced you can learn from his faults. Also, annual charity stream.

This thread is really interesting, I think we are so deep into what we know that we are missing the fundamental of games like hots, being just a game, I think anyone who watched him or saw him talking about his skill criticism has always been ending up with around of lines of “he does it for the entertainment and he’s just a streamer”, his way of entertainment is different though that can be said for sure.

He works more to people who wants to get into the game more than those who are experienced.

He’s certainly not the best anymore but like a lot of YouTubers they are entertainers and they don’t have to be perfect to achieve such thing, I think having people like pally is important for the game as it allows people to be able to be part of a community without it feeling like diamond+ only.

Otherwise, we end up with a highly closed community unable to expand itself because it’s being dependent on how experienced each player in the game.

I never saw Pally as a coach, but more as a source of information about the game for people who do not read (not intended as an insult, but as a description of people who learn visually). He often makes questionable decisions, and often picks sub-par talents, but he does know the difference between a boss and a bruiser camp, what abilities do and what they are intended to accomplish, and the various heroes and their roles.

I do think it is good for the game to have this sort of introductory information available in a format most people will enjoy. When you have a friend who hasn’t played a MOBA before and wants to know what HotS is, Pally is a better resource than HasuObs, but if you already know the basics, Hasu will be more valuable for improving.