Did blizzard forget about Gazlowe?

Lvl13 is always fish tank
Egg shell is bad because it never returns and any damage takes it away
Bubble is less effective. Anoying at best

To stay on topic gazlowes wr is good but the hero needs more flexibility. I have no idea how and why to draft gazlowe

I have no idea how and why to draft gazlowe

Preference ! , Why do I like to play Butcher ? no reason I just love him so I dedicate time to him and know when and how to make him work even if there are better options , we all have favourites and you can’t create a specific scenarion to fit one hero among 86 heroes , too hard to create such variety to give him exact unique purpose , and even with that said Gazlowe has zone control , sustained damage and wombo combo potential with others or on his own / or strong dueling/pushing capabilities if he chose Robo with an escape and Armor and it gets hilarious at 20 , in my eyes he is a better probius although the latter has faster wave clear

Gazlowe has a problem named low health pool. His kit circles around out-trading enemies with his zoning abilities, kiting enemies, roaming between turrets and casting bombs under his feet (or rather at place where he will be at during the explosion).

Overall, he doesn’t need a big rework in my opinion. He is a decent hero in some games, but I feel like small adjustments would make him more valuable especially he is late game hero. Upgrade his gravobomb ultimate to bigger range since 10 AND make him tankier, even at cost of some damage, it would be really okay.

If I’d have to rework him, I’d make him a bruiser hero actually:

Increase Gazlowe’s HP greatly
Reduce Gazlowe’s dmg a lot
Increase radius of gravobomb lvl 10 so it would be more viable
Add armor, shield or healing from picking scrap so it doesnt only grant mana and cd, but also some protection
Give him some survivalibity talents

Even now, I would still call Gazlowe good enough to not fit into top 10 worst heroes in the game

Try to remember about Genji please <3 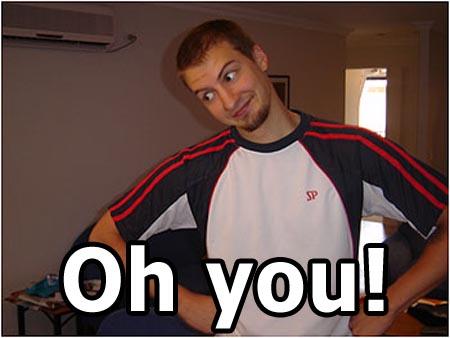 oh look- he got a rework

I have a strong feeling he’s getting a rework

Did you use Tassadar’s Oracle?

After 4 years in the desert, mocked by friend and adversary alike, I finally reap the rewards!

Hopefully not much dev time spent on it

Absolutely gargantuan nerfs to Turret build - Baseline damage is halved. Duration, halved. Talent wise, turrets can no longer slow. You now have to choose between cleave on turrets or turret duration extension. Turret CD is now 16 seconds baseline - Scrap takes 4 seconds off the CD. Lvl 1 talent to reduce the CD to 8 seconds IF you are constantly meleeing - Lvl 7 talent that reduces the CD of Turret by 6 seconds per hero hit by Lazer (If you don’t take the lvl 1 though, it’s max effectiveness is 3 targets hit). Finally, lvl 20 scrap talent now, instead, reduces the CD of Turret by 4 seconds, and causes Scrap to instead reduce the CD of Turret by 8 seconds rather then 4.

Going on, Lazor - 8 second CD rather then 12. Range and Width increase is NO longer based on channeling duration - Max range is reduced to 10 range, from 18 - Width is reduced to 2.5, from 5 - Need to take a good look at damage. Gained leech.
Talent wise, probably stronger W talents - New lvl 4 lazer talent that adds a minor 2% health damage, with leech. Lvl 7 is now a Lazer-based talent row, except that one Lazer talent is actually for Turret builds, one re-adds CDR to Lazer, except it’s -2.5 second CDR max, and the last adds the slow, though only 35% for 2.5 seconds instead of 50% for 3/Stun on PvE. Also, Lazer turrets moved to 16… Except that they have half the duration as before, so you can only have half the lazorz.

Explodium Charge - CD reduced. Damage reduced. Area reduced. Range reduced. Stun duration reduced. Time till explosion reduced by half. New talents don’t buff this anywhere near as much as they did.

Overall, Gazlowe seems to have been massively nerfed. His entire playstyle dynamic has changed - His PvE effectiveness has been neutered. Annihilated. Essentially, gone. His “new” zoning capabilities are far, FAR inferior to the present, AND it requires him to constant attack in melee. W build? You get out half as many lazorz, hit half as many targets, AND they deal half the damage. E build? Again, half the damage done, half the area affected, and nearly half the stun duration. Q build? Half turret damage, half turret duration, yet potentially double the turret CD as before.

The only buff Gazlowe received with this rework was a fairly sizeable HP buff - 400, or nearly 25% more HP. Of course, with the armor AND sprint removed from lvl 10 Robo Goblin, and that you have to actually melee to get the lvl 20 armor (Plus it’s not as much as before), it’s an overall nerf if you actually liked playing melee Gazlowe - And now, instead of melee Gazlowe being a potential build, instead nearly half of Gazlowe’s talents revolve around melee!

The Devs slip up- I’ve known about it for over a month, just wanted to be respectful about it so it can still be a surprise, and to avoid punishment of the one(s) who slipped <3

Overall, Gazlowe seems to have been massively nerfed

Honestly I got the same vibe frm D.va’s as well. These 2 seems to be nerfed way too much. But idk, haven’t tried both.

this thread has suspicious timing. Are you in the dev team? ;D

I am already missing landing animation of his Xplodium (E). Can it be improved (just a little)?