This small update brings two balance changes for Battlegrounds and one card ban for Wild.

Will you ever do something about sorcerer’s apprentice in wild?

Yes Ban a card, rather than actually nerfing a card. I have to say this is extremely disappointing. It’s not like you guys have 1 or 2 people creating these new expansions. You’re a company worth $6 Billion dollars.

So now people who purchase expansions will have to think… "HMMMMMM Should I purchase the expansion or wait and see what gets banned. "

And Now with the Ban of this card, players are going to be like “well you banned SOS why don’t you ban x card”

This new expansion had so many issues with the roll out, so many glitches, the messiest rollout of an expansion that I’ve ever witnessed in this game, and now a card is banned.

And lets not forget the lich KING is also currently Banned from battlegrounds.

Thanks for the update.
the ban of Stealer of Souls in Wild is a small step for the game.
Captain Flat Tusk nerfs is So-so.
Kangor’s Apprentice lowering Tavern Tier is nice.
I’m still waiting for mercenaries mode.
Thanks Once again for taking care of our home.
This place of hope is in home By the hearth.

I like the ban as long as it doesn’t become the norm. Once rotated to wild, do you plan to actually nerf it?

As for the battlegrounds updates, I cannot say as I don’t understand or play Battlegrounds.

Why not just make the mechanic for paying life different than taking damage? You can still utilize being immune for attacking during your turn or being immune from taking damage on the opponents turn. I don’t think that’d take much work to implement and there’s only a couple of cards which make you pay life instead of mana.

i think it’s easily nerfed, unlike oh my yogg cos the cost cannot change. not sure why they decided to ban it instead - i suppose it’s less programming.

im disappointed they didnt also fix the unintended bug for the achievement to count only when Taintheart Tormentor survives. Blizz has said that its a bug.

People who are defending it are probably the ones who crafted whole decks around it for how dirty it is because I played every second game against this deck and now they regret it.

I like the ban as long as it doesn’t become the norm.

Girl, you should know this is just for them to delay the nerf to the card really, cause if it stays as it, then hit wild they would feel like they “took away the experience from standard” with the card on how it is, but really it just shows how strong the card is and if they can ever do it in standard then it’ll get the nerf bat before hand.

Once rotated to wild, do you plan to actually nerf it?

Maybe, Maybe not who knows, but they most likely will ban cards in wild, when Wild suppose to be this “anything allow even cards that are ban” generally… 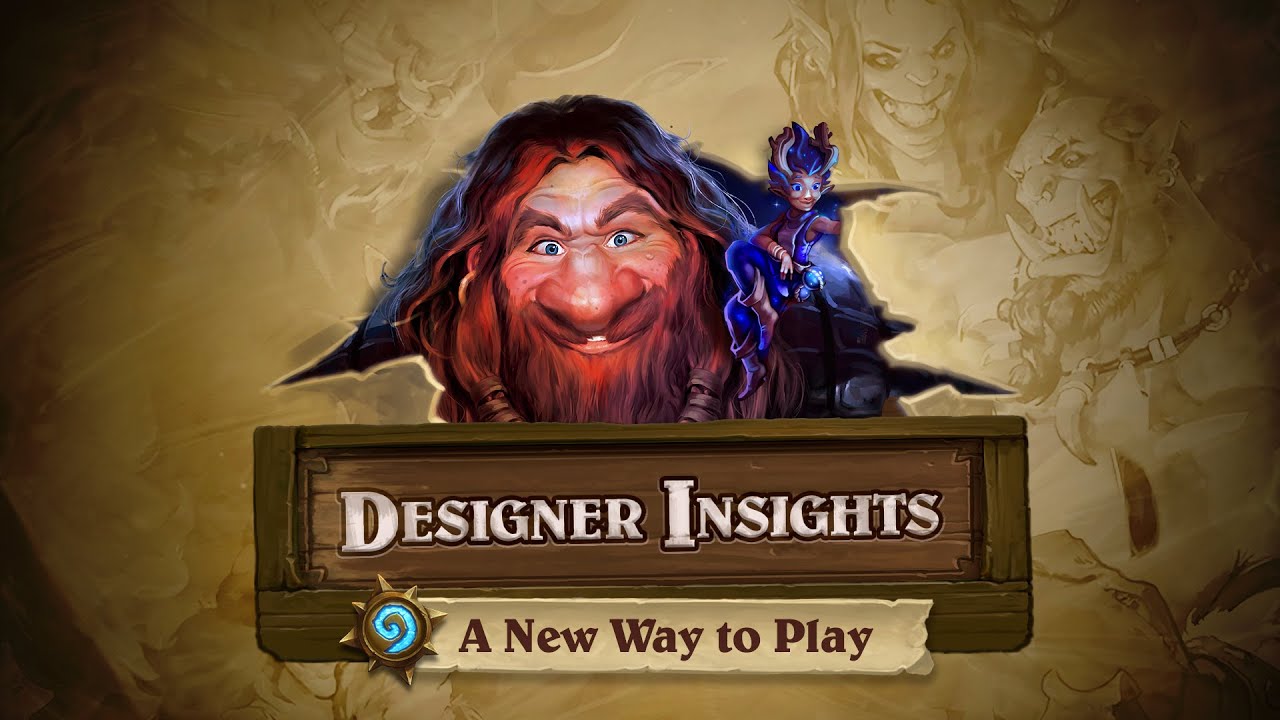 Wild suppose to be every card ever made, but banning it til end of standard basically means they open a can of worms, much like they said.

“Wild is where you can relive old decks” or “We won’t balance wild unless it completely unfun” around the time the nerf Aviana.

Cause they now ban This, people will ask for other cards to be ban, if they wanna balance wild, they “can” just change how the cards works in wild alone, much like how Classic is it own cards, they can do that for wild also, so new player can get understanding of the “share” cards like it is for Standard/wild that allows only Classic card be in classic.

I wouldn’t mind proper roadmaps and etc so we know what we can expect really to some degree and have a proper convo outside of needing to be the 1% to interact with dev over balance, there been some decent ideals on the forums, like the 1st card they draw get the life affect on it, or change how immune interacts with self damaging stuff like they take half damage - as then it still does some damage but not full protection if they are doing 100% the harm to theirself, and they can use the rounding system so if it would do 2 damage, it deals 1, or if it would dealt 1 damage then it deals 0 - this way they can maybe make more immune cards in the future, and etc.

Cause if it was a Temp Ban so they can work it out on then the new crys of “well you Ban X card just ban cards that are a problem in wild” won’t be spam, cause if you see people are now talking about other cards that been long “problem cards” some don’t even see play in the top decks, cause if those cards go away then they replace it. Secret mage would get replace by Flamewaker Mage then people would complain they can’t use all their cards as promise originally for wild.

This is going be a doozy next month or so.

Why not just make it the first card you draw each turn cost health instead of mana.

HS is a wild waste of time.

What about the availability of current bundles in the Battlenet shop?

Oh so from now on this is your easy solution? Just put ban hammer on a card instead of play testing is first? Or at the very least make smart adjustments so everyone is at least some what happy about it?

As a WILD player (almost exclusively) I am very dissapointed in this approach and if you make this your regular way of dealing with such situations I think HS doesn’t have much time left. Not to mention that I enjoyed the combo. Yes I know and I agree that it’s often not fair and even a bit “unhealthy” for the game but that’s how a WILD format where everything goes should be. There are many more broken decks and somehow they are still around. How about Dark Glare lock? Or any druid with Star Alignment? There are many more examples and each time a new expansion or mini will come out someone will find a way to “break” the meta game again. It’s really sad that all you can do is just BAN a card… I guess I’ll be leaving HS for some time again. Not just because you take away a fun deck but mainly because your approach to this once great game is making it a tired old pieace of (s)crap…

In 2~3 days the meta will shift and stabilize again and there will be another “OP” decks. I’m guessing Darkglare locks and Raze priests will rise again… Yippy…

More ridiculousness in Battlegrounds, quilboars are still too overpowered against all other minion types, major connection glitches, rating atribution is too randomly atributed ( how the hell can I finish in second or third and lose rating, that’s plainly stupid). So, Blizzard, if you are trying to show how incompetent and selfish you are towards Hearthstone players, you’re on the right path

Ban is a lazy fixe.

So many way to fixe the issue without messing standard. Like mention previously most cards game prevent you from avoiding hp cost. You have damage taken and “hp sacrifice” and the real solution is to make playing a card cost with hp something you just can’t prevent the damage. That’s the real fixe so it prevent futur similar exploit in the futur.

It’s an EXTREMLY lazy fix and I hate it.

well deserved ban, those pathetic warlock players that are crying now fill my heart with joy

Instead of the ban, they should have changed the rule: paying life as a cost should not be prevented with immunity.

When Stealer of souls rotates to wild they have to do something with it, anyway. And who knows, it might bring trouble to standard as well with the next expansions… would have been a much better solution.