Hoping for some reversal on WoL monk nerfs and hopefully buffs to things like barb, in order to make a more diverse group/solo push meta, where we see more representation from different builds!

Hoping for some reversal on WoL monk nerfs 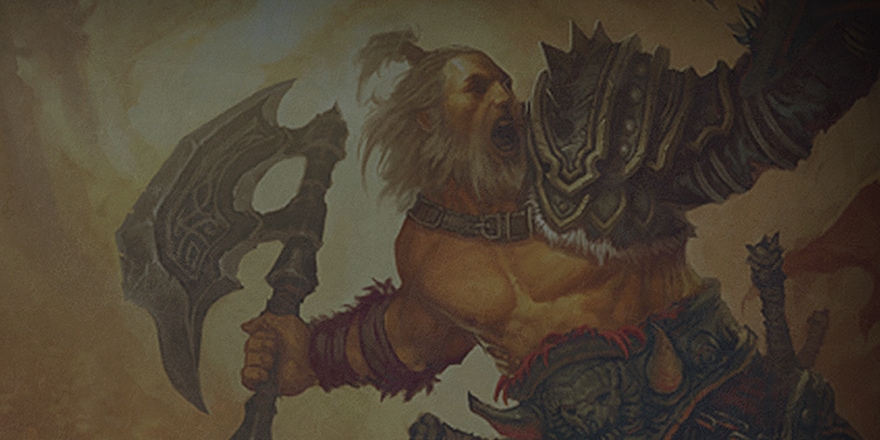 Developer’s Note: We have enjoyed watching players discover the buffed LoD WoL build during PTR, but it was too strong due to an unintended interaction with Rabid Strike. We’ve moved some of the power from The Crudest Boots and Bindings of the Lesser Gods items to the Inna’s Mantra 6-piece bonus. Rabid Strike no longer benefits from the Split Fire Allies bonus on Bindings of the Lesser Gods. We hope these changes will allow both LoD and Inna’s builds to be viable in a variety of Solo and Group scenarios.

It was nice change but these things should be fixed, not just nerfed. If something is unintended as the devs clearly stated, why wasn’t it completely removed?

Bring on the threads asking “Are we nearly there yet?”

no it doesn’t really only some interactions the devs hadn’t planned, the bug using built was a previous innas version where you could spawn endless allies if you broke your setbonus and repaired it again…wol wasn’t even overpowered at all - firebird is stronger than wol was btw…

the state of the game with the lack of set-balance and the fails on each ptr really shows how little the devs know about the game.

the time that is given for changes is short, but there need to be more stuff/balancebuffs/new items for there is a window of mabe 4 month guaranteed to be nothing new each season.

sry for my frustration, i should have know better by now

Ok. When does season 24 start?

Great.
Bring on the threads asking “Are we nearly there yet?”

You called it they have already started with the “When does it start” threads.

And so it begins.

Great.
Bring on the threads asking “Are we nearly there yet?”

Well, there was Vanilla mode. So does this mean we are in Strawberry mode now? Based on some comments it seems it might be Chocolate mode.

Does that make it time for Neapolitan?

Return the Soul harvest to its original options.

That nurf is too harsh. And so weird.
Any legendary scythe has 18-20 maximum essence option. But what the hell is 9-12?
Soul harvest must have at least 20 maximum essence, as if Wizardspike has a maximum arcane power of 14.
Now, there are three ethereal weapons which has both CHC 10% and CHD 100%(The Gidbinn, Arioc’s Needle, and Asteron’s Iron Wand). You can see these three weapons also have 15% attack speed option. So, I don’t think it’s unfair to put 100% CHD on Soul harvest.

Well, I know the reason you’re nerfing the necromancer’s weapon is to lower the performance at group rat speeds. However, it has already been proven that the best group speed efficiency of season 23 is the firebird.
In fact, almost every high-end player in Asia played firebird speeds this season, not LoD mage rats. This is also true in China. 135~136 2min~3min half and the exp/h is around 10tr/h. Next season, it will be easier to clear GR 140 with 2wizards in 2-3 minutes than lying down and eating rice cakes. The point is, even if you don’t nerf the necromancer, it won’t be the best class anyway. (as you can check / 4man 150 trash killer = witch doctor, 4man speeds = wizard)
If so, I think it’s a good direction to give users who still want to play necromancer to feel the power of ethereal weapons, although their performance is inferior to that of other classes such as wizard or witch doctor.

Oh, there is one more thing to add. No need to worry about Soul harvest’s unique option ‘3% increased attack speed on hit, up to 30%’, this is a garbage option for LoD Skeletal Mage. Skeletal mage doesn’t even trigger that option, it can only be activated with bone armor(in rats). At about 8 seconds (Bone Armor cooldown), you can only get the effect for 3 seconds, and on average you only get 4~6 stacks because monsters are swept away as they passed by.

That nurf is too harsh. And so weird.

Most believe, it’s to balance out the Leger’s Disdain ability; increased attack speed gives a quick burst anyway. Give a watch to the latest Rhykker video. Necros are still one of the best classes.

Are you for real?

this isn’t a game with a full dev team anymore

A lot of that can be done by simply adding a 0 to most things.

50+ legendaries without legendary affix, half the leg. gems not viable

I’d like to see an overhaul of this stuff for an upcoming season.

I think I speak for a great many players when I say that the above, and not crazy Season-exclusive content, is what this game wants and needs.

And then we can enjoy Season-exclusive changes to the (new and improved) state of the game.

In Sanctuary, they call it Nephapolitim.

The 450% damage multiplier added to Monks fist weapons Rapid Strike is this good for something? Monks the only class I only leveld once to level 70.