Any news about Diablo 2 Remastered̴̡̧̧̧̢̡̨̡̧̡̧̡̢̧̨̡̢̢̡̧̢̢̢̢̨̢̛̛̛͙͙̪̱͚͇̗̩̹̲̰̺͕̲͈̖̜̝̦̯̖̣̬̯̭̯͓̙̫̞͉̼͎̪͓͍̜̬̺͎̥̮͖̣̹̣̱͉̥̪̪̤̪̖̘̦̰̳̪̪͕͓̗̬̪͓̥͍̼͈̩̙͙͖̭̯̲̳̦̮̪̜̟̻̩̙͕̙̩̙͙͉͚̮̠̲͓̣̮̣͔̳͈̖̗̻̟̠̜͙̻̲͚̘̜̖̫͖̯̖̙͕̣̬͚̗̲̜̯̰͕̰̳̠̣̩̯͕̪͓̹͉̯̗͕̹̠̭͙̳̩͖͈̩̠̠̱̝͎̙̪̬͕͍̹̲͎͙̝̹̭̜͉̗͙̙̜̱̜͓͕͎̖̹̭̝͔̺͕̼̖͔͈̰͈̳̞͈̳̜͉̲̜̫̗͕̹͈̙̹̼͖̳͔̼͕̦̪͈̜̅̈́͌͑͌͑̀̌̿̉̔͌̋̈̾́̈́̃͛̂̈͊̽͋̎̅̀̉̃̈́́̓̇̀̑̇̇͒̆͑̓̃̍̈́͐̈́̎͆̈́͋̓̒́͌̒̀͊̑́̓̀͑̈́̅̋͋̀̐̏́̓̊̔̊͊́͐̄̽͊̈́͗͒̀̿͋̄̏̽̀͗́̄͗̐̅̈́́͋̋̊̐̓̎͊̽͑̑̎͂̃͑̓͊͑̆̌̽͛̉͒̿̊̆̏̒͐̿̆͋̔̔̍͌̓͊͐̔̂̊̑̔̑̑́̌̓͊̒͘̚͘͘̚̕̚͘̚͘̚͜͜͜͜͜͝͝͠͠͝͝͠͝͝͝͝͝͝ͅͅͅͅͅͅͅͅ?

No news because it’s not a thing.

Any news about Diablo 2 Remastered

So far there’s not a single piece of evidence that shows a D2R is even planned at all by blizzard.

But more importantly i want to know why ANYONE thinks a D2R is coming at all? Blizzard is currently doing maint and seasons on Diablo 3, in alpha-testing for Diablo Immortal AND about to release Diablo 4 within the next 18-24 months. Why would blizzard go back multiple game releases to a 20 year old game and waste money remastering it with THREE much newer versions of Diablo about to be out?

IF blizzard ever plans to do a D2R, it wouldn’t be for another 5+ years in between a D4 expansion or most likely in between D4 and D5. (but still wouldn’t make sense) lol

the hell is this? lol

the hell is this? lol

Tedious. I wish kids would stop with that sort of thing because it’s a pain in the butt for people using screen readers.

i think this just gave me cancer

It’s called zalgo text. Useful for when you wanna meme about spooky things.

Rather play d4 instead of d2 rm

But more importantly i want to know why ANYONE thinks a D2R is coming at all?

Because there is a Classic team dedicated to remastering old games, D2 was officially the third game on their list mentioned in 2015 and D2 is not D3, D4 nor D:I, which by itself is enough reason to “waste” money on it.

Actually I don’t even know why some people say it’s not on the way, except for sheer annoyance that this question is brought up on the D3 forum.

If they did remaster it the D2 fanboys would be all of the D3 forum with the typical “it’s not really D2.”

I think with player made mods out there, D2 is just not on their radar.

i hope they dont put focus on a remaster anytime soon…what can they even do to the game that will please all the old school peeps that cant drop the game?

i come back from time to time and play it throu for nostalgia, last time a month ago. if they change graphics people will 100% cry that its not longer dark enough, i can think of so many possible ways people will complain however the game ends up (if it ever comes)

I hope they will show us news about Diablo II remastered, game is more than 20 years old. Something new would be great!

Following the Starcraft Remastered example, a Diablo 2 Remaster being free for the “classic graphics” version would do a lot to lure both new and old school players back into the world of Diablo, which would prime the future sales of Diablo 4 and Diablo Immortal. The option to pay somewhere around $15 to $30 for the enhanced graphics would just be extra icing on the cake.

It would be a smart move for the Diablo franchise as a whole.

Id be interested in it if it was remastered in the Diablo 4 engine.

So far there’s not a single piece of evidence that shows a D2R is even planned at all by blizzard.

There are two solid pieces of evidence. The First is an interview with Pete Stilwell, Head of Blizzard Classic Games, that occurred just after the SCR announcement. He said they will be looking at War3 and D2 after SCR is released. As we know, War3 has since been announced and released. 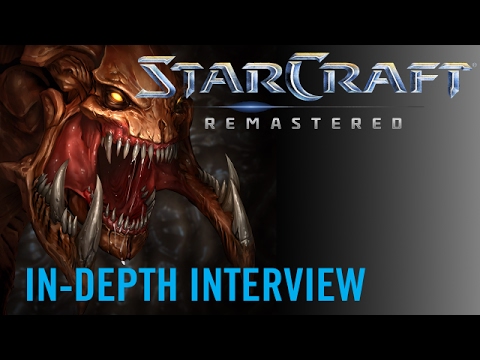 The second is another interview with Pete and Matt Morris after the release of W3R. They would not say what they are working on next, but said that the Classic Games Division is still in business and growing in size. Diablo 2 is by far and away biggest classic game. 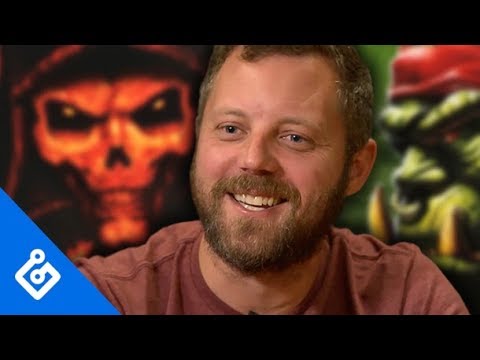 If you know anything about what happened to War3 just prior to the Reforge announcement, the classic team started shutting down the illegal host bots that plagued the game on bnet. Last month, at the launch of the new Diablo 2 ladder season, Blizzard successfully shut down a bot programmed and banned all the accounts using it and disabled all their game keys as well. This action was the first time Blizzard has done anything directly for D2 since the action they took against spam bots back on Dec 5 2017, which occurred not long after the announcement of SCR.

Why would blizzard go back multiple game releases to a 20 year old game and waste money remastering it with THREE much newer versions of Diablo about to be out?

Money. They already worked on Diablo 1 and got it working on modern systems and partnered with GoG to sell it and support it. They released it between the SCR and W3R. Correct me if I’m wrong, but they also remaster Classic WoW and released it around the same time as D1. In 3 years they have shipped four games, as well as mtx for SCR. They are making money.

The Classic Games Division is a different game division that generates it’s own revenue. If you understand how divisions work in business, you’ll know that the staff, money and resources need to remaster D2 would in no way negatively affect any other Diablo game in the franchise. In fact, like TheDarkJedi said, it will benefit the other Diablo games.

There are two solid pieces of evidence

these 2 interviews arent separate pieces of evidence when nothing is confirmed in either video. Both are vague and you just assume its going to happen because of SCR and WC3R. A classic games department is enough reason to assume it’ll happen someday ill give you that.

But with the giant train wreck that was WC3R, its bizarre anyone would expect a D2R: A) anytime soon and B) to actually be worth buying, WC3R certainly wasn’t worth even a single dollar.

IF there is a D2R coming, as i said, its not coming anytime soon because they wouldn’t release an old remaster the same time as a sequel AND phone game for the franchise. Considering D4 is less than 2 years away and D2R has yet to be even announced at all, its not coming pre-D4. no one would waste money on a remaster the same time D4 comes out, especially considering D4 is turning out to finally be a proper sequel to D2.

also going to ‘lmao’ when they make the D2 Remaster online-only as part of the changes.

these 2 interviews arent separate pieces of evidence when nothing is confirmed in either video.

Do you understand just how ridiculous that sentence of yours is?

Do you understand just how ridiculous that sentence of yours is?

considering nothing was confirmed in either video… neither are “evidence” bud. D2R isnt confirmed, nor is it coming anytime soon. get over it.

some guy working at blizz saying “hey were looking at these next probably” and then WC3R gets outsourced, ruining half of that sentence, theres zero validity or confirmation of a D2R from this video. 2nd video you literally said yourself they confirm nothing. derp.