With the weekly reset in each region, the campaign chapter required for completing the Unlocking the Secrets achievement will become available and Zereth Mortis Flying can be unlocked.

Here are the achievement requirements:

We look forward to seeing you in the skies!

i look forward to taking to the skies, thank you. just gotta do that last chapter and i got that achievement.

can’t wait! Got everything done except the story quest

Now I can fly to see rares die just before I get there.

Yes, but now you don’t have to see them die from ground level anymore.

Now I can fly to see rares die just before I get there.

Wasting my time just for the sake of wasting my time. Pfft the only reaction this expansion gives is contempt for multiple flight grinds among other things.

too true, too true… of course i think that this wouldnt be so much of an issue if they could be solo’d, then you could just wait to catch them on respawn.

Yeh, I stopped running to them for the most part. So many of them are just so squishy.

Least flying will help with everything else though. Some of those treasures can be irksome to get to.

PS: Can I just say how annoying this forum software is? Change my character’s race and name, so it resets my post history. Bleh.

oh boo hoo, like 6 minor exploration achievements was a “grind” to begin with, would you have been happier if they put it in the store instead?

yes, some of those treasures are ridiculous at how precariously they are placed, they were meant for flying or to have gear with Teleportation powers, that being said a Warrior or Warlock has an easier time, or even those who are Venthyr.

I can only figure they saw how games like GW2 and FF14 have jumping puzzles, and how some people enjoy them, and thought it would be neat to have em too. Unfortunately the jumping/movement in this game doesn’t lend well to that. There’s been quite a few times in this game where I’ve been on a ledge and trying to inch forward for a jump, and it just shot me off because of some weird terrain issues. It’s even worse on a mount, which you need if you don’t have teleportation powers (blink is useless for this stuff). Mounts get extra sliding movement combined with the fact that you have to be moving to jump. -_-

In GW2 jump puzzles can be frustrating because they’re hard enough to make you cry a little (Mad Kind’s Clock Tower, linked below), but are generally rewarding in the end as you get some decent rewards for finishing them. Not to mention the sense of accomplishment. In WoW they’re just frustrating. The tiny reward from the treasure is not worth it. 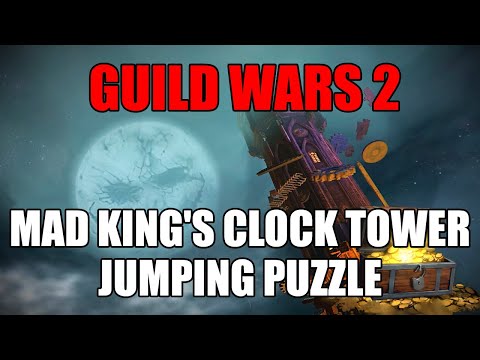 while most of us are grateful for flying finally coming. its feels to little to late. with just a handful of pets left to craft and 4-5 mounts remaining to craft as well due to lack of genesis motes there is literially no need for flying since the zone is about 98-99% complete. flying should of been added day 1 of patch. it would of been great and people wouldnt still have a bad taste in their mouths.

hush you, flying should never be in day 1 of a patch, also not everyone has progressed THAT much into the zone, my alts are also thankful for the flying.

yeah i’m into it when the jumping puzzles are fun

jumping puzzles are not fun. this is wow not a roblox obby. wrong game.

oh boo hoo, like 6 minor exploration achievements was a “grind” to begin with, would you have been happier if they put it in the store instead?

Waiting a month to be able to complete the achievements is the biggest issue and I think you know that. Trolls being trolls.