You cannot convince me that the s4 mount recolor wasn't planned

Given the AWC you’d think outlaw rogue would be at the top of the list of “needs to be toned down.”

Though to be fair all of SL PVP has been horrid with this stupid burst/one shot meta. I get people don’t like dampening games, but the damage right now is a bit much.

Blizzard has so much experience recoloring things (see: torghast cosmetics, other mounts). that there’s no way they didn’t know the “datamined” s4 mount was too close to the season 2 mount.

Then miraculously blizz responds to feedback in record time!!! (1 day later) yet for othersimilar things – silence.

I have no idea what you’re talking about.

I have no idea what you’re talking about

They are implying that Blizz had a backup tint of the ksm mount to whip out in response to people begging for a different skin on the fourth season mount because it looked too similar to the existing one.

Most likely thing is that they had an unused tint that wasn’t datamined that they just swapped out.

Because, like, they whipped up that “new” purple ele super fast (for Blizz) 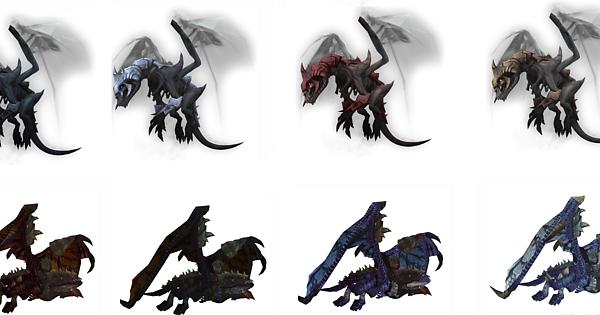 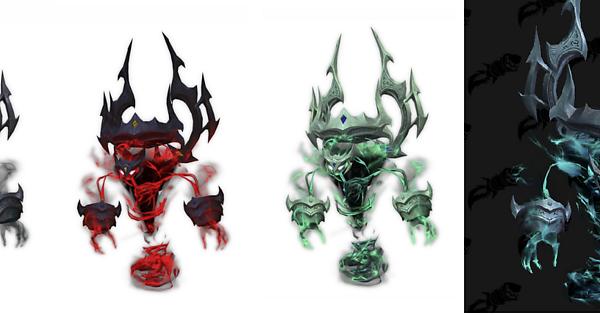 You have the black, silver, red, and now bronze souleaters.

KSM was the Black, green-blue, red, then blue-green? again? death elemental. Now the 2nd instance of green/blue is replaced with purple.

The feedback on the gladiator has been a small sampling of “I think this other color scheme would be better”, which bilzzard seems to disagree with.

I have no idea what you’re talking about

They are implying that Blizz had a backup tint of the ksm mount to whip out in response to people begging for a different skin on the fourth season mount because it looked too similar to the existing one.

Most likely thing is that they had an unused tint that wasn’t datamined that they just swapped out.

Because, like, they whipped up that “new” purple ele super fast (for Blizz)

So few people even get glad

I could recolor that mount in under a minute.

Yeah, yeah, but this is Blizzard, like I said. 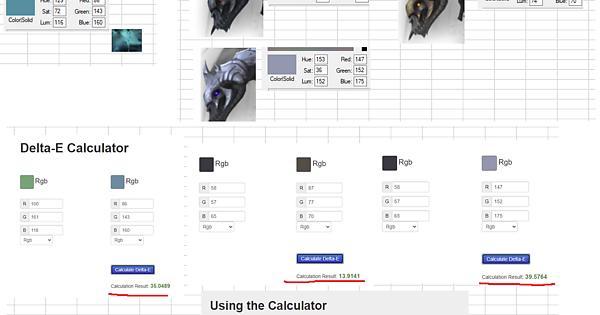 Here, I took some color samples from approximately the same area of each mount. Took the RGB values and used this calculator http://colormine.org/delta-e-calculator to check the color similarities.

You can see that the Delta E for KSM mounts and S1 & S2 Shadowlands gladiator mounts are very similar. (35 vs 39). The high value of DeltaE indicates that yes, the colors are indeed different.

For Season 1 and Season 4 shadowlands gladiator mounts, the delta E is 13.9, considerably lower than the others. Still measurably different from one another, but less different than mounts that have already been changed due to their similarities.

Are you saying this about me?

You just admitted how little work it would be. You can see my reply above about comparing the color differences between mounts.

If it is proven they are similar enough, what would the reason be to not change the color?

They don’t want to. Kinda all the reason they need.

Why should players continue to support developers that clearly do not care about their requests. They don’t even have to change it – but a response to the requests would be appreciated. Haven’t blizzard themselves said that they want to be more communicative with the playerbase?

Because this is not a big deal?

a response to the requests would be appreciated

They can’t respond to every single comment or complaint or they would be doing nothing else.

If you wanna quit over a mount recolor, go for it champ.

Sure, I agree with that. It would be pointless to try and micromanage changes in the game.

That said – think about it…

In World of Warcraft (MMORPG), there are seasons that last for a few months. Within these seasons, you can complete tasks like doing mythic plus (m+) dungeons and player versus player (PvP).

Blizzard showed their prospective rewards for the end of the upcoming season – including the aforementioned mounts.

Both mounts received feedback from the playerbase (the people that play the game) regarding their similarity to previously released mounts.
Blizzard, within one day, changed the color of one of the mounts, and after seeing this feedback – people who engage more in the PvP aspect of the game requested a color change for the mount that they will be aiming to get. Blizzard has not responded to this feedback.

Are PvP players more predisposed to inabilities in color differentiation? Does blizzard have data to support this?

Do PvP players speak a different language in regards to feedback?

What must the community do to reach blizzard in hopes of getting any sense of feedback on the color change requests for another mount? (and blizzard has already shown their ability to listen to feedback… but only select feedback??) what’s the reason?

Sure – but if they change one mount color for being too similar to previous ones… what’s a good reason to not change another on the same grounds?

They showed they could do it very quickly (less than a day)… clearly it doesn’t take much development time. And the same channels of feedback for the M+ mount have feedback regarding the pvp mount…

I do mythic it and I wouldn’t give a crap If it was light red and similar to last season or if they didn’t change it at all.

That’s fair. And you know what – if they never changed the s4 m+ mount, I wouldn’t really care either. Because that would show that they aren’t listening to feedback with respect to mount color.

But here we have a case where they change one, but not the other. And!!! it could be argued that the S4 gladiator mount is way more similar in color to S1 gladiator mount than the m+ mounts! (see above with Delta E calculation)

Meh. If the textures are saved with different regions on separate layers, doing a color swap of an existing model takes seconds. The technical rigamarole of getting it into an actual build would be exponentially more cumbersome than actually making the recolor itself.