WoW Classic Stress Test on May 29

It sure was! It would be nice to have a beta invite but oh well… maybe I will get another stress test invite and use up more of my PTO.

“The Stress Test realm will close at 6pm PDT (~53min) you should find a little present for your efforts waiting for you at your faction leaders.”

Hint, it is gnoll shaped.

I saw some Hoggers running around Durotar just now, but then the world server went down again.

Hoggers as soon as you spawn in making a character lol

Pretty sure the stress test access will remain through all of the future stress tests. would be annoying to go through and wipe people’s access privileges to the stress test server; only to potentially give it back through a mass invite next 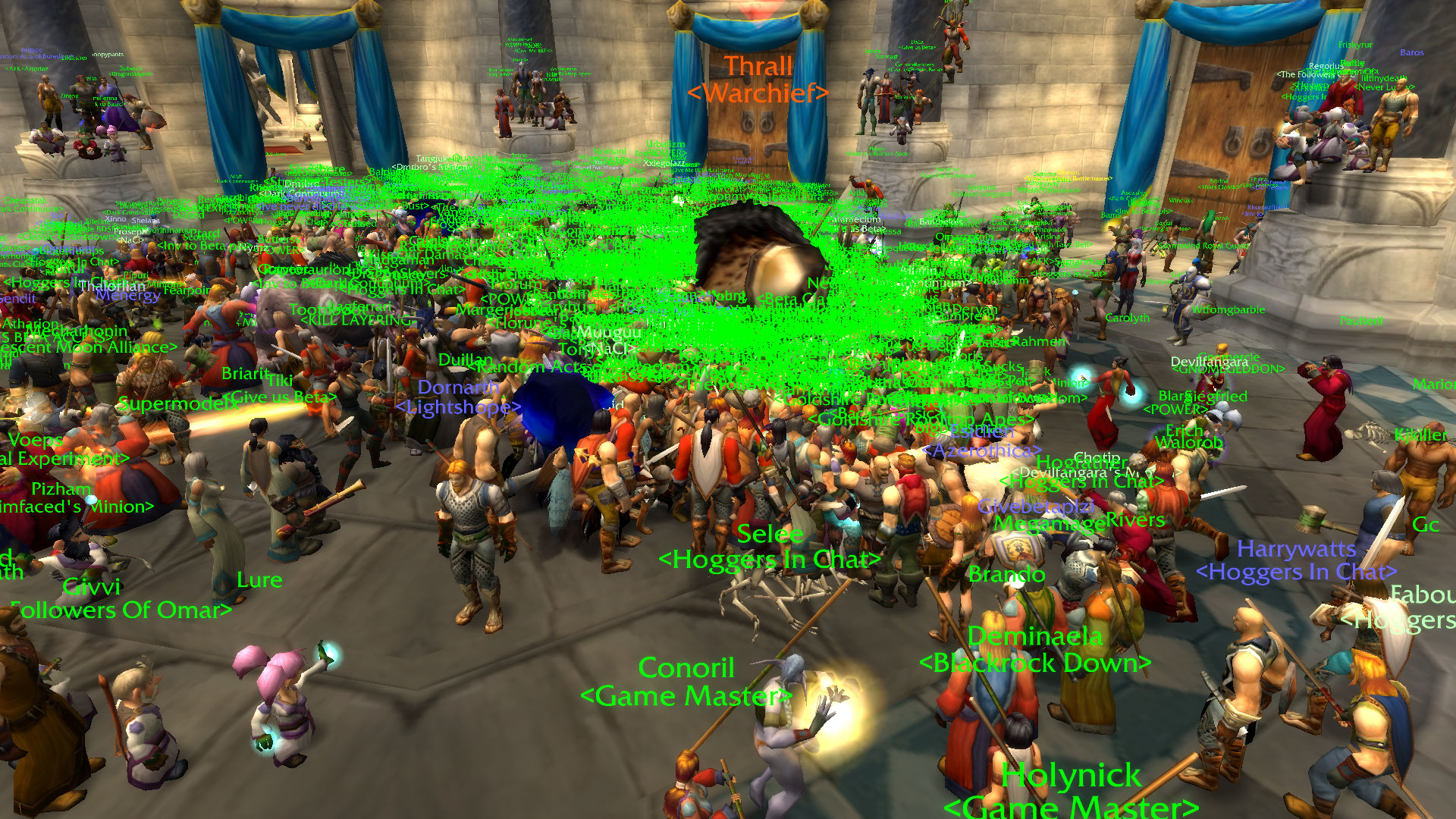 We must protect our leaders from “Hogger”!

YES PLEASE save US

the game is over now

I miss vinalla wow. Hope you see you all in the beta

anyone else still trying to log in praying that we can get back in? hahaha feels bad man. can i please get the closed beta to feed my addiction? @warcraft devs!

It’s like an addiction or something. Can I please have some more of that stress test at least?

This is the World of Warcraft that I love. Thousands of players helping each other - killing mobs to save someone even though they get no kill credit, giving items / mats to other people, helping them kill a hard target. And the conclusion of the stress test tonight was just, beyond outstanding. Lag? Yes. But to have a GM pop into the game to say hi, or well, to dance while supersized. To summon Hoggers… A Thrall Gnoll… Dragons, spiders. So much fun! A genuine huge thank you to Blizzard for the memories. I’ve recorded a lot of moments through the stress test and will always have the memories. Looking forward to the next one … Or maybe actual beta, we will see! Good luck to everyone, and worst case scenario, see you all on the 19th

We had a Bolvar Gnoll in Orgrimmar, assaulting Vol’jin and Thrall. I literally spent 1k arrows and my pet’s death trying to kill him, along with like 50 other people, but we were unable to… RIP Thrall, Vol’jin, and all the Kor’kron guards that died this day.

This was an amazing conclusion to the second stress testing period.

Yeah if you’re on a collection quest it can be better to just not group. I remembered this fast collecting red bandannas. The other person in my group never got the tag before all the other people who were around, so it was basically taking me twice as long as I tagged for them.

Got in smoothly. Able to create character. Quested until Level 6.

Everything felt fine until the Gold Dust and Candle collection quests. It took over an hour to complete them. Why? Too many players all on the same quest. Not enough mobs. The mobs didn’t respawn fast enough for everyone to share. Being in a group made it worse because item drops for 1 person per mob, which I remember being a thing in Vanilla.

Ended up being in a group with just 1 rl friend. Turned loot to FFA. Confirmed mobs at Jasperlode drop the items. Jasperlode was over-populated with other players with the same idea.

Just pointing out a potential bottleneck.

It completely was a thing. Grouping in at least a 2 man is actually better when this happens. You get more tags even though the drop rate is lowered. Trust me I have tested it. Its only slower if you do not have to compete for tags. I think it being tough is what makes it great. Griefing and getting that tag right before someone else makes the game interactive even if frustrating.

The fact that the leveling process is grueling and not instantly satisfying is what made it so great. Because when you finally completed everything and hit that DING it feels so much more epic and rewarding than in current retail. Its these little challenges all be it frustrating at times that make the process of going 1-60 so much more rewarding.

I see your point, I was just all hyped up from being so close to Classic

First, thanks for your attempt to invalidate my feedback. I am not sure that you played during Vanilla, as players were exceptionally more friendly than they are now - because you were on 1 server. Screw up your reputation among players and you’d find yourself blacklisted from guilds and groups. Stealing kills is a great way for that to happen. Most players made sure they buffed, healed, and helped those around them - to improve their reputations because they KNEW they would be seeing those players frequently while leveling, doing dungeons, pvping, and raiding.

I apologize that I did not state that I played WoW during Vanilla. I completely know and understand that collection quests are there to add some “sparkle” while you basically grind mobs to level. I know that respawn timers are significantly longer.

I was an altoholic during Vanilla. I was upset by Cata because I had known 90% of the quest givers by name, knew 99% of the quests by heart. Photographic memory here - playing Classic because I have missed it dearly.

Now, based on all of that - the drop rate for the items for THAT particular quest was ABNORMALLY low. I labelled as a “bottleneck” because there were enough groups in the mine that the group to mob ratio was 1 group to 3 mobs. Groups were standing in fixed locations to camp the respawns. Additional people were running through, trying to tag anything with little success. Jasperlode mine was also being used for the quest - and mobs were instantly tagged upon spawning as well (in both mines). To clarify for you, that means that the mobs were tagged before they would aggro onto anyone after spawning.

Also - leveling in Vanilla isn’t frustrating. It’s not grueling. It was an adventure in and of itself, not a race to endgame.