I’m wondering what else Zandalari players would like though!

Not sure if that request is popular or even lore compliant, but it looked awesome.

Let me check if I can retreive it 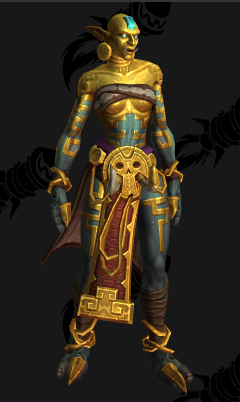 @Wise_Thighs
@vephriel One of my absolute favourite Zandalari NPCs is Alun'za and I love gold on Zandalari, so I wanted to channel her and wear as much old as possible. :) Thank you!
8 Likes
Fallynn-wyrmrest-accord (Fallynn) October 2, 2021, 4:21pm #4452

Oh my gosh that would be so neat though!

I agree. Sorry if I was trying to make it sound like I was targetting one group of players, it is everyone that does it, but like, I agree with people disagreeing with each other, but I just hate seeing the ugly side of all these threads. It is like a match of Warsong gone wrong

Yeah, no I hear you entirely there. I’ll be on the snappy end sometimes as well. Sometimes these threads bring out the worst in people.

But yes, I’m hoping they are able to root through and look for constructive stuff. There has been a ton of valuable feedback in here already at least and they did listen to the Nightborne glowing hands thing, along with the fixing of faces (which hopefully applies to night elves too!)

give us blood elf druids update silvermoon and exodar update the models of old zones give humans druids do this and i can promise you the amount of people comming back will be more than any patch or expansion.

There’s this thread some people have commented on, I love the ideas here so far especially the option for toe jewelry since we don’t wear shoes

give us blood elf druids

Please no. Seriously, Blood Elves have access to 10 out of all 12 classes, and you’re really killing off the Horde with the Blood Elves if you give them Druids.

“I rather go back to the days of Humans vs Orcs”, not Elves vs Elves

My biggest hope is for Vulpera and panda druids ^^. That would be amazing.

The glow effect is a unique customization option and a work in progress, please let us know what you think after testing out the new option on your Nightborne.

I want to just share my opinion on the current version of the Nightborne hand glow and how it needs to be improved. Currently it is a good base design that blends and transitions quite well, however, the thing that makes them ‘pop’ on the NPCs is the bright outline surrounding the hands. Now, I’m going to assume this is being worked on, in which case thats great. But on the off chance the current hand glow effect is basically done … please add the outline! I’ve seen people on numerous forums saying “I prefer the glow without the outline” “It looks better this way”, but do not listen to them. If I’m being honest these opinions shouldn’t take precedent over the core inspiration the customisation is being made off of, which is the NPCs glowing hands. People saying they prefer the non-outlined version is like the people who replied to Nightborne eye fix compliants with “I prefer the bigger eyes”, when clearly the eye shape is a defining trait of the Nightborne, just as the defining trait of the hand glow is the outline. Without the outline it just looks dull and boring and will be near impossible to notice, so then what would be the point of adding it? If you must, an option to have it without the outline could be added, but it would be unacceptable to leave them as they are without the outline effect being included at all.

In saying all that, thank you for what has been done so far. Us Nightborne mains really appreciate it after all this time.

blood elf druids make more sense than dwarf shaman worgen druids void elves so on so forth it makes far more sense and is FAR more lore friendly than most of whats happening in game not only that in the lore high elf aka blood elf druids exist and were a major part of the upkeep of alot of the kingdom.

Can you elaborate on how Blood Elves Druids make more sense?

sure if you have 10 hours of showing every example. also you clearly dont know the lore. blood elf aka high elf druids were the ones who created the forests as they were worked with the treants to take care of nature ( play the blood elf starting zone clearly you havent) they are the ones who made the rune stones around quel’thalas which are used and maintained by them to prevent the negetive effects… you know this is to long of a subject this goes in to how quel’thalas is runned how its maintained some of it goes into the story of how the guardians of tirasfal began and why SO ON SO FORTH its intertwined in the story.

Apparently was an entrance for a contest in 2014.
Damn, if only this guy would’ve been a designer in Vanilla. Obviously it wouldn’t look as good as WoW would had less polygons but the proportions and the general idea is so much better.

I like how she looks much more like a warrior AND is still much sexier than WoW models. Which just shows, yeah, you don’t need to turn them into cheerleaders if you want that aspect.

you clearly dont know the lore

Well, you clearly do not.

You want to learn the lore, read the Warcraft Chronicles Volume 1. Because it was the Dath’Remar Sunstrider’s who created the rune stones, which are very powerful Arcanist.

Second of all, when the Highborne were banished, they were banished for there love and pratices for Arcane, and this was around the time when the Night Elves, adopted Druidism, and outlawed the pratice of Arcane Magic.

sure if you have 10 hours of showing every example. also you clearly dont know the lore. blood elf aka high elf druids were the ones who created the forests as they were worked with the treants to take care of nature ( play the blood elf starting zone clearly you havent) they are the ones who made the rune stones around quel’thalas which are used and maintained by them to prevent the negetive effects… you know this is to long of a subject this goes in to how quel’thalas is runned how its maintained some of it goes into the story of how the guardians of tirasfal began and why SO ON SO FORTH its intertwined in the story.

All of that was retconned by Blizz lol. High elves didn’t use nature magic they just used arcane to make their forests look pretty. Blizzard has already said that to every instance of Belves who are seemingly using nature is them forcing things with the Arcane.

sigh * they are known as botanists as the gilneans call theirs harvest witchs as the kul’tirans have their version the trolls ones are called loa speakers or something differnt depending on troll race so on so forth. you dont know what your talking about .

Yes, botanists use arcane magic to embellish and force nature to do stuff, same as the nightborne guy in Nighthold. They don’t use druidic magic. And no, you can’t copy the extent of druidic powers with just that.

Druids can make tornadoes and storms and that doesn’t make them shamans.

you dont know what your talking about

Kael’thas’ botanists use the life essence Thorngrin the Tender leeches from living creatures to twist the Botanica’s specimens. 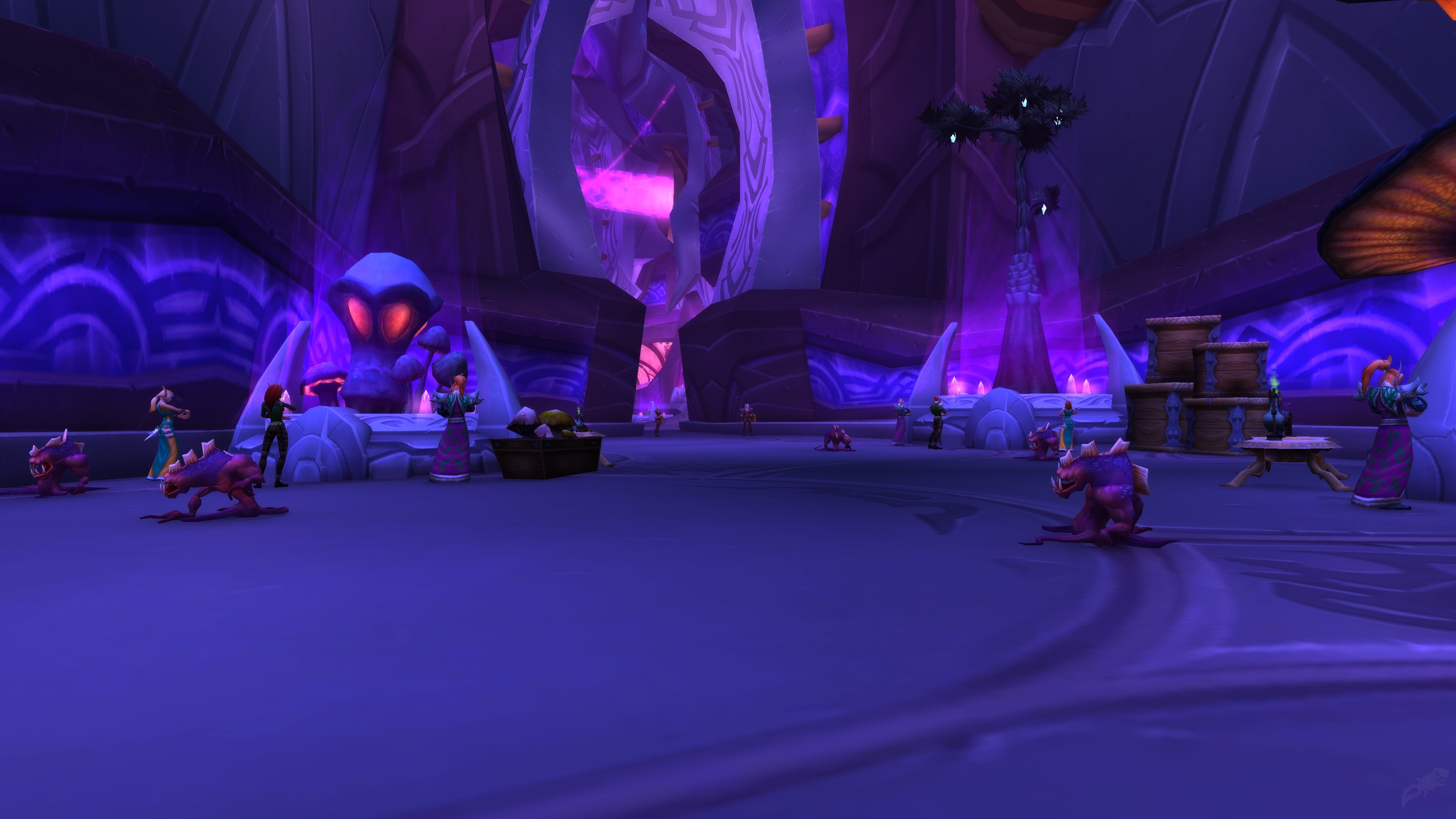 A'dal has asked you to kill 6 Mutate Fleshlashers, 6 Mutate Fear-shriekers, 6 Mutate Horrors, and to obtain a Rapidly Evolving Frond from Laj in the Botanica of Tempest Keep.

they use nature magic… they use all forms of magic their entire society was surrounded by magic INCLUDING NATURER magic i know that your hate for blood elves and belf druids blinds you. also blizzard had more ways the horde could have wiped out the alliance day one of the war than the alliance could defend. blizzard went out of their way to make the alliance have a possible way to surive the alliance didnt beat the horde they just stopped being in hot conflict there was no peace treaty no one won the last war.