Welcome to The Great Push! 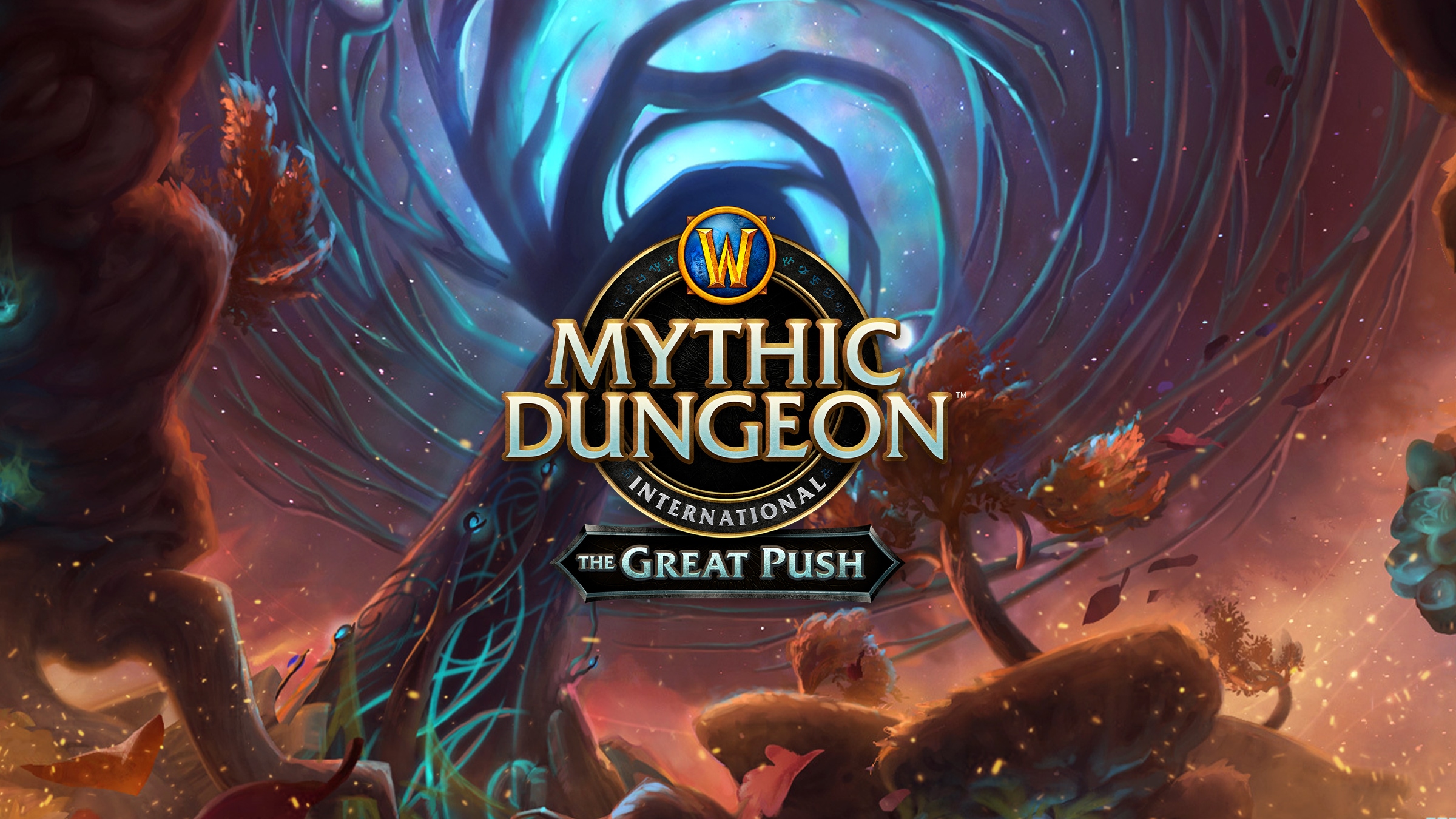 We’re thrilled to announce details on our first competitive dungeon one-off tournament of the year. Welcome to The Great Push, coming May 28-30!

I’d prefer you focus on keeping WOW as WOW and way less on this ESPORTS push. WOW isn’t an ESPORTS title. Everything you’ve done to push ESPORTS in WOW has progressively made the game less fun.

Stop trying to turn a RPG into an esport.

Is there a prize for coming in last for us old folks?

I’ll definitely check this out. My biggest feedback with MDI was that it felt completely disconnected from the game actually played by players on live servers. “MDI Strats” were basically memes that you would never actually consider in actual live contexts. The idea of top-level players actually playing hard keys relative to their gear level and implementing live-viable strategies sounds a lot more entertaining.

I know that some people enjoyed the gimmicky over-the-top nature of how MDI was played, the absurdity of it was novel for some folks and the novelty kept them watching, but for me personally if I’m watching a game being played competitively, the game being played competitively should be the game that is played by other players, not its own mini-game.

Is there a prize for coming in last for us old folks?

Many ultraraces IRL (that is, races that are longer than a marathon in distance) often will have a DFL award. “Dead F’in Last” haha

Nobody is going to watch this.

I don’t like esports. I just want a fun game.

Please take the feedback people are giving you and stop changing the entire game for us non-MDI normal players. Were sick of the changes affecting us just to make the MDI look better. Also remove AOE cap…it doesn’t need to exist.

really pushing out that turd.

I’m sure so many people have asked for this. Thanks.

stop changing the entire game for us non-MDI normal players.

What, pray tell, has changed that relevantly impacts the playstyle of “normal” players that was a result of MDI?

It would be nice if we could flag this post.

The great push of subscribers to different games!

We’re thrilled to announce details on our first competitive dungeon one-off tournament of the year. Welcome to The Great Push, coming May 28-30!

Can we please just stop with this e-sport nonsense already!!! WoW players don’t care about this lol!! How about adding player and guild housing to the game?

AOE cap. There’s no need for it to affect us normal players. Its made to create a better MDI show.

Good on those who are doing this, and who can do it. But it’s nothing new, exciting or fun for the rest of the player base.

The Great Push? Sounds like something you’d here in a maternity ward…

Boo more MDI and more people copying what MDI does and only want those spec. Sigh blizzard need to stop this BS it doesn’t help the average players other than pushing everyone to play what MDI player plays…If that’s the case why not just delete the other class/spec?