The book doesn’t officially release until March 29th, but some people have gotten copies early. I found a reddit thread that gives some spoilers. If you don’t want to browse through that, you can ask questions here and I’ll answer if the reddit thread has mentioned it. 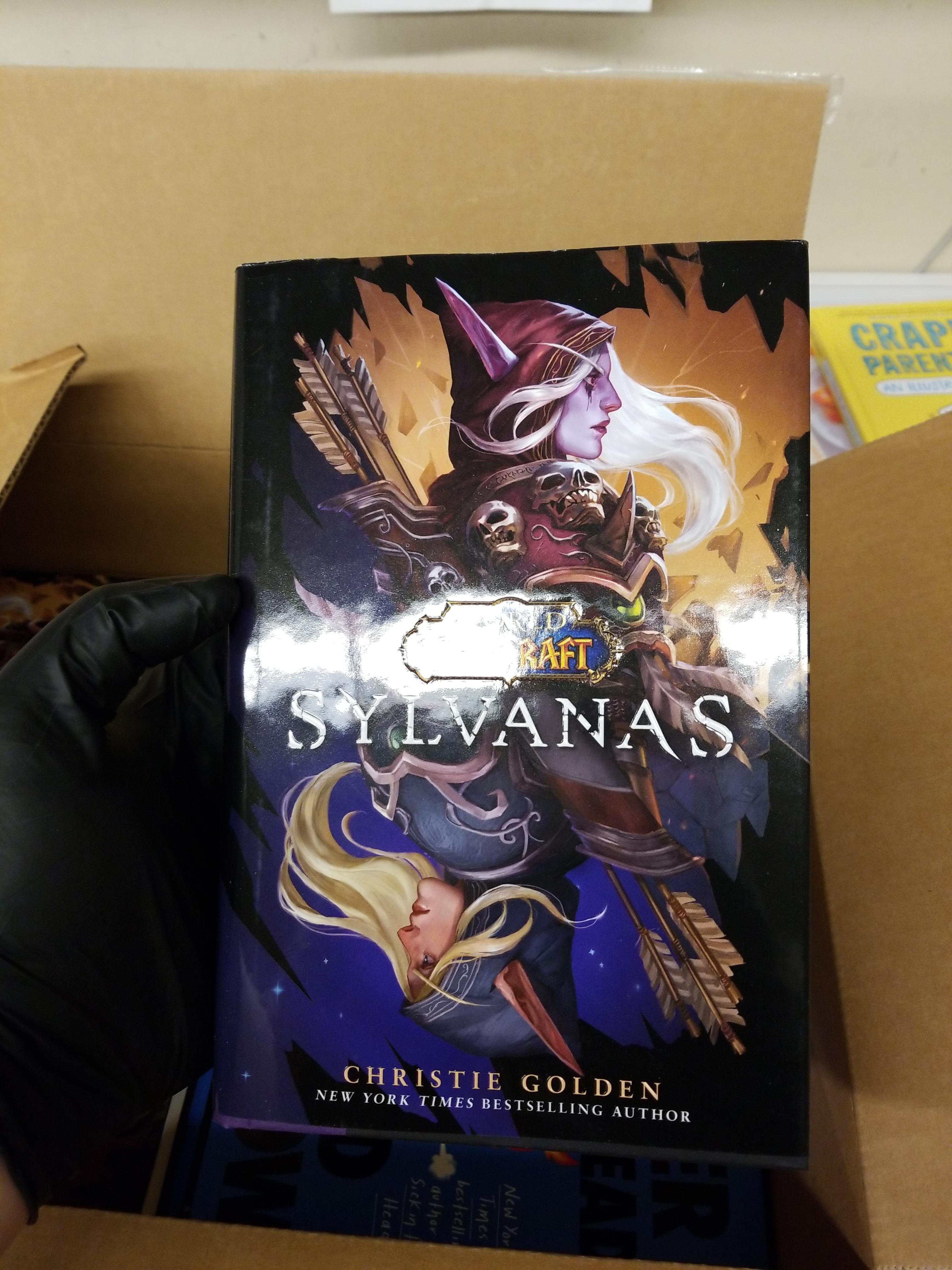 I got the book early, I started reading it, and I’m 1/2 through. I can answer some questions about the book.

She’s in the first half of the book when the Windrunner kids are young and then when time skips ahead she’s barely mentioned again. She’s not a major character just a place filler. I don’t remember her being mentioned again after the first few chapters, she may be mentioned later in the book when Sylvanas’s dad’s horse returns home with an arrow or that could have been a random servant… Jirri is forgettable.

Don’t give yourself false hope that Golden actually has any understanding of existing lore, because she doesn’t. She doesn’t give a care about continuity. As an honest review so far, that’s the most disappointing thing, it’s not holding true to continuity. It has all the typical Goldenism but this is a big one. This is going to be a big talking point next week. Unless she’s talking huge swathes out of Arthas: Rise of the Lich King verbaitm like she just copy and pasted…yeah, continuity for only things she wrote.

Zero context spoilers but on page 182 Golden proves how much of a masochist she really is after Elegy.

She helped write Beyond the Dark Portal. She did not help write Tides of Darkness or Night of the Dragon!

She probably wasn’t required to read either of them either.

If she was she probably would have followed continuity I would assume.

I’m quite certain that Tides of Darkness’s Novelization’s contents aren’t commonly mentioned on the Forum like everything else is either. Neither is Night of the Dragon’s contents.

Anduin Lothar’s first mention of being Arathi is in the Tides of Darkness Novelization as it’s not mentioned in the Warcraft 2 Manual nor the Missions.

The Arathi according to Chronicle founded Stormwind so this Scarlet Brotherhood Leader could be the rightful King of Stormwind whose family was usurped by the Wrynn Family and now seeks to reclaim his throne while stealing Calia’s throne for himself by posing as her offspring despite us knowing said offspring is a daughter.

It sounds like Alleria just yells at Sylvanas a lot

Ok, I’m annoyed. From the looks of it so many things still seem left unanswered. Like did she even know about the Wrathgate/was she party to it? So her whole “ultimate prize” back in BtS was just the souls in Stormwind? What about Helya’s deal?

Alleria yells at her mom a lot. There is a scene where Alleria yells at Sylvanas, because Sylvanas tries to save her life and Sylvanas remarks how that’s unfair as she did something “good” but everyone was treating her like she did something bad. But the lesson they wanted Alleria to learn was basically the equivalent of the Kobiyashi Maru and Sylvanas just effortlessly did the task and sabotaged Alleria’s test… word on the street is Allera probably wouldn’t have had what it takes to be Ranger General. but Golden doesn’t treat this title with any reverance.

Sylvanas is the pick me child. And the family troublemaker, that was probably the most charming chapter of the book, but it didn’t feel like Sylvanas at all. Golden once again fails to grasp Sylvanas.

Veressa is still an absolute mess, who does “what’s right” but still manages to do the wrong thing.

Lirath is Andiun 2.0 Lirath is basically Golden’s essay on why toxic masculinity gets sensitive boys killed. There were so many platitudes in this novel and allusions to how both Lirath and Anduin heal through not being warriors.

She knew about the Wrathgate but the plan was to only use the blight on the Lich King, she didn’t plan to attack everyone there despite Putress doing so. There’s a part where Sylvanas is returning to the Undercity after that to find out what happened and Putress tries to kill her.

Sylvanas planned to destroy Stormwind but went with Teldrassil instead.

The soulcage Helya gave her would’ve been used to take souls going to the Halls Of Valor and send them to the Maw instead.

Well at least that is one less thing we can blame on her.

Sylvanas planned to destroy Stormwind but went with Teldrassil instead.

The soulcage Helya gave her would’ve been used to take souls going to the Halls Of Valor and send them to the Maw instead.

My main issue with this is why does the Jailer even bother with these souls? at least by BtS everyone was already going to the Maw, he could have just waited abit more and he would have gotten as many souls as he can.

The Soul Cage had the power to compel any soul why didn’t Sylvanas just use the Soul Cage to enslave the jailer and have him serve her?

Like I said, I don’t think Golden actually implores any rational thinking when she’s tasked with writing new lore. It seems like Roux asked more questions and therefore her writing was better.

Sylvanas doesn’t officially join the Jailer in his plan until Sargeras sword stabs Azeroth. He tells Sylvanas five events that will happen, and the sword is one of the later ones. When that happens she sees that the Jailer’s claims on what would happen have been correct and that’s when she agrees to his plan. So it wasn’t a sure thing to him that Sylvanas would help him.

That seems like a cheap way to retcon that she wasn’t working with him since EoN.

Golden has no business being part of CDev after her repeated creative failures and constant mishandling of literally anything delicate.

As a Sylvanas and Nathnos fan. Golden had an opportunity to really sell how they met but she doubled down on

And I just don’t know how to process this information…

And I juat dom’t know how to process this informatiom…

She’s writing for gamers and knows her audience

even though my Nathanos loving heart was rewarded with this book, she made him into some Han Solo caricature

Clearly she doesn’t.
Fantasy writing has come a long way but Golden is still terrible.

This book is just a quick cash grab, its not meant for anything else.

Well he is ugly

Also he’s like a random courier and she just takes him home like a stray dog and then he lives with her I guess until she makes him a Farstrider. He’s literally a nobody but somehow he’s just trusted with confidental information… yeah I dunno.

There’s major cringe. Golden writes her professing her love for Nathanos like “look around, everything here is beautiful… and you are ugly and that’s different to what I’m used to.” I’m so dissapointed. It’s like she wrote this book high.