We’ll be making the following changes to increase the performance of Feral Druids in next week’s realm maintenance. 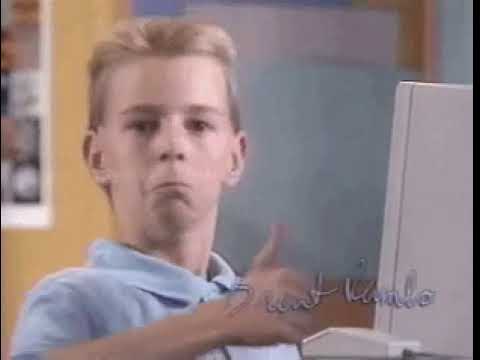 PW and Thrash changes are too small to mean anything. They already make up such a tiny portion of AoE damage that you could buff them by 100% and it would be barely noticeable.

AOE abilities need a 100% if not more buff to be even remotely competitive.

So you gonna post a thumbs down gif now?

Nah its still a move in the right direction and good for ST.

aoe bite would be nice

Primal Wrath & Brutal Slash are well balanced talents on their row and I think you should consider giving PW the 20% treatment as well. Unless its a heavy or consistent AOE fight (Prototype, Vigilant - and even then many take BrS for the later), we often always take Brutal Slash anyway so if anything PW needs to be equalized in buffs. Therefore I think you risk upsetting balanced talent choices here (you could also consider buffing Rip by 10% along with the 10% to PW). 20% Brutal Slash is great though and should make it feel satisfying to use. edit: technically Swipe buffs are also PW buffs, but would still like to see Rip buffed too.

Lunar Inspiration is sadly missed out, which I think easily could have received a 15%+. A very fun talent, and just because Necro’s use it in PVP doesn’t mean it should be overlooked; a lot of its value there is its ability to generate cheap ranged CP’s while being kited etc, not entirely for its dmg, so a buff won’t upset things. This would also help Necrolord in PVE. Don’t forget this spell doesn’t scale with Mastery and now late in the xpac, its at its weakest point - nor is it amped up by things like Frenzyband (doesn’t apply from DOT ticks).

Feral Frenzy would have also liked to see a small buff - again, its value in PVE is lower, as the burst CP generation is mostly valuable for killing players and not bosses. The Swipe etc buffs will help MOC a lot, and BT is already good, so Feral Frenzy falls further behind on the final row. Also once again, this would also help other covenants as its nice for Kyrian and Necro, synergizing with both covenants.

Pred/SR/MOC talents all benefit well from these buffs. Just would like to see LI + FF as well.

I think these changes risk hard locking us into Frenzyband though. Circle already fell behind when 2pc was buffed (another reason to consider a buff to Rip as well as previously noted). Apex will probably still be solid, but slightly more 4pc buffs could certainly secure its viability as a 2nd AOE option, as Swipe buffs are big for Frenzyband (and Apex gives very fast CDR for 4pc, hence 4pc buffs can ensure it remains a good option).

Overall, good changes, a few under performing talents/builds still deserve a look at though.

Too little damage boost, not enough at all
It’s just a matter of procrastinating

Oh wow, I may actually try feral again. It may be enough to scratch my occasional melee dps itch.

Wow that makes me sad. The tank is even a bees dick behind him.

This buff is nowhere near enough damage.

There is a typo in your post, you put:

Our Feral is usually top 3 (if not first) of our raids, even when Feral is ‘non-meta’ (which is honestly like the last decade at this point).

However, his AoE has really fallen off over the last patch or two. I passed him for the first time ever in Shadowlands as a Prot Paladin in a Mythic+ dungeon.

These buffs would have prevented that specific occurrence (I was at 8.6k and he was at 8.5k in a Mists 15) but only barely. It wouldn’t have brought him in line with even mid-tier DPS’ AoE capabilities.

I get it if the design is that Feral is supposed to be an ST powerhouse or something, but their AoE is so bad right now that they need more help than this to meet the minimum expectations of people in dungeons.

However, his AoE has really fallen off over the last patch or two. I passed him for the first time ever in Shadowlands as a Prot Paladin in a Mythic+ dungeon.

These buffs would have prevented that specific occurrence (I was at 8.6k and he was at 8.5k in a Mists 15) but only barely.

Now this isn’t pulling away from the fact that Feral still needs some love (but hey, we got attention, I’ll take it. It’s a step in the right direction), but second legendary + tier sets have been extremely powerful for tanks across the board.

Given that, with Ferals 4 piece and them utilizing it for AoE and not holding off for that boss fight, their numbers should increase (and with the 2 piece, you should still be able to get that CD reduced to get that Bleed effect on a boss fight too, even if you don’t get the full 20 second uptime of Berserk).

Yeah, we need to get out of the mind set that tank damage is low. We need to stop comparing dps to it.

This hasnt been the case for some time now.

Just doing a quick browse of the keys in your armory (I’m sure I could find him if I looked at IO) I’m not seeing him, but if he’s at similar gear levels as you, 260+ no tier set / double lego, he should be well above that on a mists if you’re pulling enough for you to do 8.6k. Our aoe is rough, but not rough to the point where we are getting outdps’d in overall by tanks. My last mists I believe I hit somewhere around 10k, which I’d still consider low considering how easy it is especially as a feral to spike that damage with ingra + huge pulls before the last boss. Most keys I do about 11-12k (still low to these aoe classes, but we’re funnel not aoe). Log yourselves and see how he’s comparing with other ferals in keys. The changes will still be a much appreciated change, even if it’s minor. It’s rough doing the best you can while other specs at similar gear situations are hitting 15k+. Not saying this out of criticism, just trying to be helpful. We certainly could use more ferals showing out these days.