Am I the only one annoyed by this?

Seriously. Where the hell did they all come from?

I feel like we missed a massive subplot about Sylvanas raising literally every elf that died during the Blood War.

Also you know how the Forsaken had like two decades worth of story about coming to terms with their new identity and forging a new identity in a world that will never truly accept them? To the point of founding a new nation and religion?

Turns out they were really overthinking that. It’s all fine. That whole struggle with their faith? Pffft. Babies. There’s unbelf Paladins. Rejected and feared by nature? To the point where even their trusted canine companions rejected them? Pffft. Weren’t trying hard enough. Unnelves can even still wield druidic magic and even shape-shift into living, breathing animal forms.

Also I guess with the exception of Derek and Natalie Seline humans just do not have hygiene because they all look like clawed monstrosities with haunted eyes but the elves? No sweat at all. Just cool red eyes and a sorta gray skin tone. That’s all.

Dunno what your complaint is. There’d be more Darkfallen then there are Void Elves, and they got their own race.

Darkfallen Paladins ARE dumb. But that’s a side effect of making them a customization instead of a race. And I’ll just blame the individual players that choose that option.

They came out of left field, entirely disconnected from any previous plot or subplot, ran gayily past every facet of undead lore, and are just standing there like this isnt objectively one of the dumber things to happen in Shadowlands.

And that’s saying something.

Seriously who are these people? Where the hell did they come from? And most importantly where the Hell are my Forsaken Paladins and Druids since apparently thats jake now?

Look lore stopped mattering about the time Sylvanas teamed up with Kel’Thuzad because a lava eel was sad and we had to help Master Chief stop the Covenant or whatever tf is happening in Zereth Mortis.

But seriously, in the words of a great philosopher; 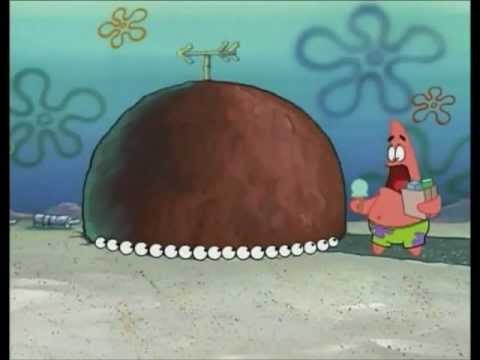 I think they’re dumb because they aren’t even similar to the dark rangers raised in the Third War, who were banshees that reoccupied their corpses for the most part. What differentiates them from other undead? Why do they have red eyes when all other undead don’t?
Why are only elves raised by Sylvanas and as darkfallen?

The NE darkfallen are dumb for additional reasons, but I could go on forever there.

They came out of left field

What do you mean? They’ve been around forever. Darkfallen used to be used interchangeably with the San’layn. Now it’s a catchall term for undead elves.

Sylvanas and her Dark Rangers, the new NE Dar Rangers, any defecting San’layn from the scourge, BEs raised directly into the Forsaken(like Lorash)…all Darkfallen.

There are more than enough sources for them.

That would’ve been chefs kiss.

There are more than enough sources for them.

I’ve always found it weird that after so many years in the Horde, the Forsaken ranks haven’t expanded with at least other (non-playable) undead Horde races that aren’t Death Knights. I know they tried to wave it off with an exchange between Lorthemar and Sylvanas where he threatened her if she ever raised another Blood Elf, but that’s like, not really his decision. That’s up to every individual Blood Elf, and clearly he was ultimately not able to stop her from doing it to that Blood Elf rogue from the WoT.

Anyways, I get why Night Unnelves get the customization, but I do find the Void Elves getting it really annoying. My hope here is that this, and the next breakdown of race/class restrictions is just a step in the direction of everyone having access to every class. So I’m not particularly concerned with this. Yet.

As for Calia. I’ve always been a big proponent of immigration, but immigrants don’t generally get catapulted to a position of executive power so quickly. However, it already happened, and the rest of the Desolate Council is rightfully disturbed, and suspicious of her sudden political power. Which mirrors my country’s real life reaction to a group of unelected individuals suddenly being given veto power by an external power over our own elected officials. So as above, I’m not (anymore) particularly concerned with this either. Yet.

How’d we go from some Hunters, two Wardens and a Rogue to ALL THE ELVES?

Ah, you’re one of those people who thinks nothing happens in WoW unless your character is personally there to witness it.

“I only saw 2 NEs get raised, so that means only 2 NEs were raised in the whole war!”

“Lorash is the only BE Forsaken I’ve met, so he has to be the only one!”

And of course continues to ignore the large population of Darkfallen in Northrend, now no longer under the Lich Kings control, who might seek to return to their people.

Look to keep it real I’m pissed because this is just Blizzard once again making the Forsaken take a back seat in their own god damn narrative.

But okay this time we’re retaking Lordaeron! Surely this is the Forsaken’s long, long, long overdue fireworks show annnnd - the Sin’Dorei get all the new stuff. The Forsaken get the ruins of Lordaeron and they doubled down on the lame version of Gallow’s End again.

At least there’s a puppy in Brill you can pet. So. Thats a thing.

Ah, you’re one of those people who thinks nothing happens in WoW unless your character is personally there to witness it.

Sure. That’s a logical conclusion to being perplexed as to how unnelves went from an extremely narrowly focused cadre of specialists to every knife ear under the sun, druids and paladins included.

Sure. That’s a logical conclusion to being perplexed as to how unnelves went from an extremely narrowly focused cadre of specialists to every knife ear under the sun, druids and paladins included

It’s not rocket science, man. If it can die, it can be animated.

Either way, we wouldn’t HAVE this problem if they’d just given us the San’layn AR we asked for.

I think they’re dumb because they aren’t even similar to the dark rangers raised in the Third War, who were banshees that reoccupied their corpses for the most part.

Sylvanas novel has them as just undead elves that Arthas raised. The mages went on to become the sanlayn, while the hunters are dark rangers. I suppose Sylvanas is the only banshee type now.

The San’Layn, I thought, were the Belves that went after Arthas who he killed and turned into vampiric monstrosities because he’s a funny guy like that.

I don’t offhand remember other Dark Rangers or the San’Layn coming up in the book. Outside Velnora and only then an offhand mention about how she sent her to sort out that WoD business.

Either way, we wouldn’t HAVE this problem if they’d just given us the San’layn AR we asked for.

Fair enough if you wanna put vamps next to somebody named Belmont with anger issues, but you’ll be doing the ash sweeping when the inevitable happens.

Seriously what is the point of vampires with the Forsaken present? They already sleep in coffins and hang out with bats. But they’re not afraid of the sun, garlic or running water.

I think it was a mistake to add in alliance darkfallen mostly due to the fact that it craps on the forsaken’s history.

Is the fact that they’re coming out of the wood work dumb?
Yes.

Hey people wanted cross factions, well we got them along with all the weird new lore hiccups that entails.

When Prince Arthas Menethil invadedQuel’Thalas, he raised the fallen members of Sylvanas Windrunner’s army either as incorporeal banshee or as intact bodies. These fallen high elves would become known as Darkfallen, prowling the lands as either dark rangers or blood mages for the Scourge.[2]

Ngl that book feels more like a fever dream in my memory.

I’m still trying to comprehend how Sylvanas learning the Jailor was not only the mastermind behind the Legion, but evidently directly influenced all the prophecies he ‘foresaw’ as best evidenced by the ‘child of blood’ being a poorly disguised Mal’Ganis sent as his errand boy, was the moment she goes

the Sin’Dorei get all the new stuff.

Why mention the Sin’Dorei ? The Dark Rangers are Forsaken. The focus of 9.2.5 was set on the Forsaken society in all its diversity, and Dark Rangers are long-time members of that society.
On the contrary, it’s think its pretty cool and funny that when you create a Sin’dorei with the Dark Ranger customizations on, lorewise, you’re specifically and unquestionably rolling someone from another playable faction, actually.

The fact that undead Elves always look fresh and untouched compared to to the rotting corpses that are most of the Human undeads is dumb as hell though. Surely devs did that because High Elves are usually associated with delicacy, pristineness, nobility and fine-looking stuff. Which makes me like the San’layn even more tbh

In Rise of the Lich King, Sylvanas wanted to use the plague against humanity because she blamed them for giving birth to Arthas.

She tried to plague Gilneas.

In Before the Storm, she wanted to conquer Stormwind and turn its people into undead. Her latest novel has her changing her mind to Teldrassil.

Like I get being mad that she sided with the Jailer, and waged a world war and all, but she’s always been someone morally capable of genocide, mass killings, or however you wish to describe the above.

Her redeeming quality was self preservation against being targeted.

who were banshees that reoccupied their corpses