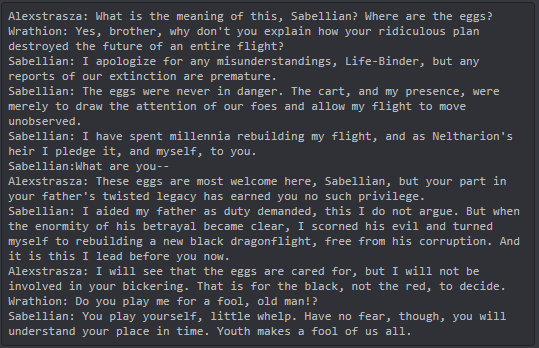 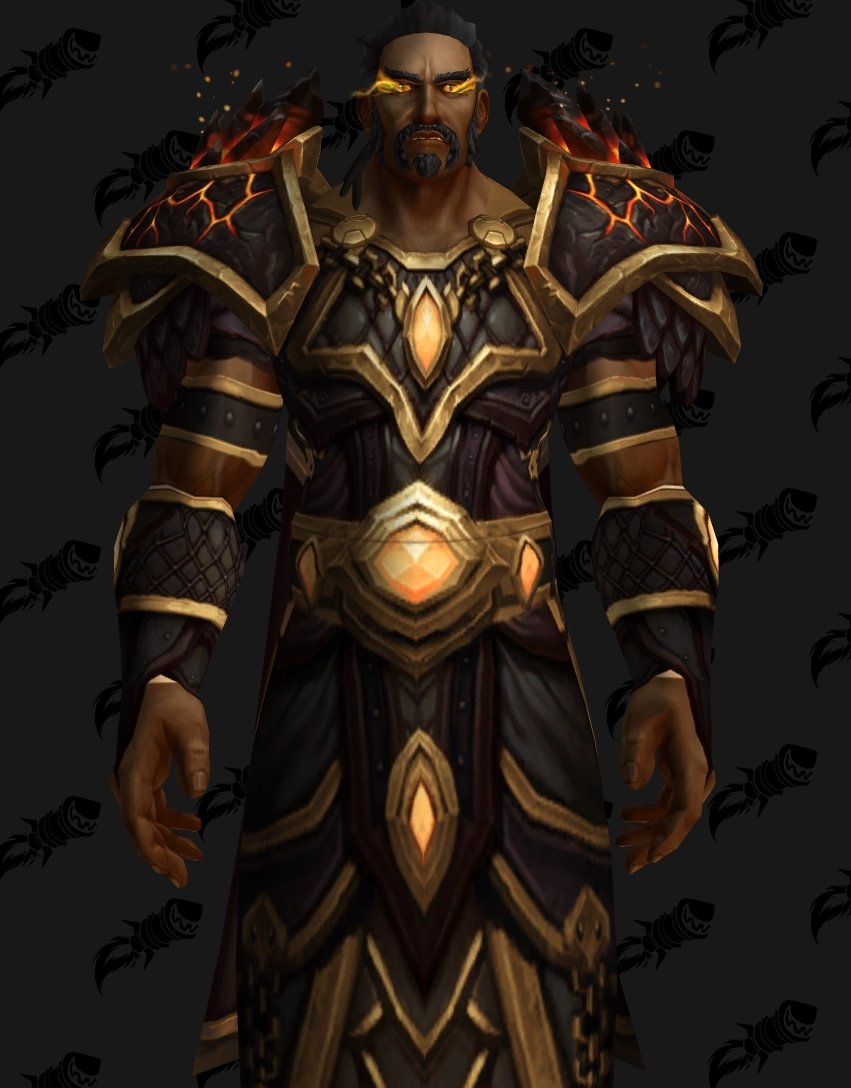 Ebyssian is 100% becoming the leader, if only because WoW never rewards one for having conviction, only for being aimlessly detached. Sabellian and Wrathion are too dangerously close to having ideas about what they’d do as leaders.

Sabellian for the most part has one plan - keep his children safe. Ensure a place for them to thrive. Continue to protect Azeroth as Earthwarder. Now as far as we know he hasn’t betrayed these positions since Burning Crusade. Every opportunity to have him betray these principles. He refused.

We of course won’t know until we really see his storyline fleshed out, but it appears that he’s not evil. He may not be our best friend, but he’s definitely an ally to Rexxar. He shows no usual corrupted traits that his siblings shared. I think he and Wrathion will have a back and forth on who should rule. Ebyssian being the dragon in exile who has chosen to protect Highmountain doesn’t have much of a claim to his father’s house. Right now, it’s the eldest brother vs the youngest and the middle child (Ebyssian) being left out or maybe siding with Wrathion.

With how council happy Blizzard has been, I can’t help but wonder if the Black Dragonflight will decide to reject a singular leader and go for a council consisting of Sabellian, Wrathion, and Ebyssian to lead them.

I just know that when it comes time, I am siding with Sabellian.

Now the true question is: is old mate free of the Old Gods’ corruption? Has Wrathion given him the good stuff?

And if he is free of corruption, is it by way of being in Outland for so long (perhaps notably, the Netherwing have never been explicitly said to be influenced by the Old Gods, and they’re technically from black dragon eggs.)? Or maybe he managed to resist corruption to begin with; generally Neltharion was said to keep such a tight grip on his flight compared to the other Aspects that his own madness filtered down to the rest of the black dragons, but maybe Sabellian (being a younger dragon than Onyxia or Nefarian) was overlooked and already individually prone to defiance, making him better able to shake off the corrupting influence that had compromised his father and siblings.

I suspect it was a mix of both. Sabellian was always defiant and when Draenor was torn apart he and his children were exposed to the energy of the Nether, but not enough to transform them into Netherwing dragons. The dragons still may have been freed from the corruption of the old gods. I hope they explain what happened to him on Outland.

I hope Sabellian playing a significant role in the narrative means we’ll be getting some information about what’s happening in Outland right now. I’m so, so curious about that

I’m not sure this will actually be a Kayn/Altruis player choice thing because both of them actually have reputations tied to them. Kayn and Altruis didn’t. Unless the rewards are identical on each then the assumption is you can earn rep with both.

Also echoing the sentiments that I hope we learn what Sabellian has been up to on Outland. Maybe we’ll even go to Blade’s Edge?

Samia Inkling is an Elite NPC. The location of this NPC is unknown. In the NPCs category. Added in World of Warcraft: Dragonflight. Always up to date.

I always thought that she is a dragon! I’m glad they remember her

I’m glad that Black Human Dragon Warlock is coming back to Dragonflight. Haven’t seen him since TBC.

Also team Sabellian. At least he’s the actual son of Neltharion, unlike young Mr. cobbled together from two eggs and a dead whelp Wrathion >_>, who through Nyxondra (who they at least clarified was Deathwing’s offspring) is at most his grandson, even though he loves throwing ‘my father’ around.

hopefully we will see some interactions between Sabellian and Samia Inkling
Samia Inkling says: Hi there, cutey! Do me a favor… ask the Baron what he wants me to do about you know what.

Baron Sablemane says: Tell her that I don’t want to be connected with it at this time. The Cenarion Expedition should be more than happy to rid themselves of them.

Samia Inkling says: What does the baron want?

Samia Inkling says: Has he found the one, yet?

Baron Sablemane says: No. Inform her that I’m still searching for the prophesied one that is to assist me in the battle. There are very few promising candidates.

Samia Inkling says: Tell him that they have refused his “offer”.

Baron Sablemane says: Very well, but make certain she knows that the blackwhelps are to be captured first.

Samia Inkling says: Ask him how he wants to proceed, then come right back!

Baron Sablemane says: Tell her to use the druids for that!

Samia Inkling says: Tell him our Cenarion friends have been most helpful.

Baron Sablemane says: Hello, little one. What news do you bring?

Baron Sablemane says: Must I tell her every little thing to do? I have larger issues of my own to deal with here.

Samia is the quartermaster for his rep.

I would do anything to make sure Wrathion can’t become the new leader. He can’t be trusted with anything.

Sabellian is 10000% correct but Wrathion will auto win because he’s Alliance and Best Friends with Anduin.

Mark me down for Team Sabellian.

If he’s free it’s probably more that he was on a planet without any Old Gods than something he personally did.